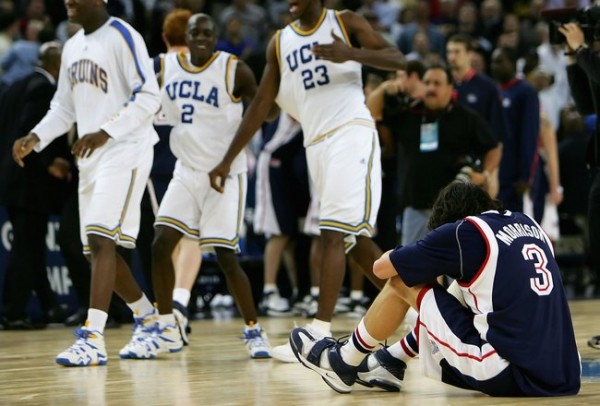 Down by ten points in a game that was never closer than six in the second half, the home team’s coach yelled to call off the dogs.

No more fouls, let the time run out.

As the seconds quickly ran down, the light bulbs in the scoreboard seemed to unravel into nothing. The star player had the gaze. The senior guard of the losing high school team had a glazed look on his face. The 100-yard stare some have called it before.

Regardless of title, the stare was the epitome of helplessness. The career was over, and there was nothing that could be done. All the hours and all the practice had come down to a few short seconds. Organized basketball, as he had known it, was coming to an abrupt halt.

In the game of basketball, the figures on the court are as visible as any in sports. Even in a large gymnasium in the nosebleed section, everyone can see the facial expressions and body language.

There are no helmets and no pads. There are only human beings, a basket, and a ball. When the frustration boils over, the emphasis of slamming the ball down seems like a violent strike. A yell after a blocked shot seems like a war cry. The communication between players is much like a conductor and a magnificent jazz group.

The game is quick, and it feels so real. That reality is never more distinct to a former player than the waning moments of a career.

In the final game of a career, most seniors put it all on the line for one more chance to lace ‘em up again. Sometimes, it happens; sometimes, it doesn’t. For the seniors who win, they march forward until they lose. Unfortunately, most of them do lose. It’s the reality of sports; few who participate finish their career with a victory. 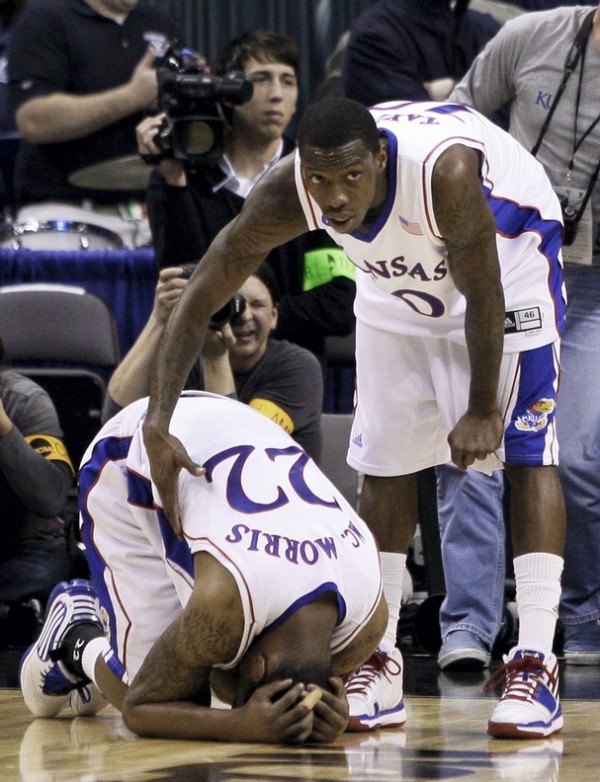 Those moments after every effort has been made to win a game create a moment of involuntary submission in the player’s mind. No longer is winning the task at hand. Now, and only now, does the reality of never playing with a jersey on in front of a gym full of fans first set in.

Although the seniors play with all intentions of preventing that moment from happening, few outrun it. When the coach yells out to stop fouling, or when the player fouls out of a game, they realize it. The buzzer-beaters that many watch during March Madness evoke passionate feelings of heartbreak towards those who watched their dreams get shattered without a chance at redemption.

As many of you sit down to watch the conference tournaments and NCAA tournament this year, remember what you see as time winds down. You’re seeing most of the players say goodbye to the adrenaline rush that kept them going.

There are ins and outs of the game; there are things that must be practiced over and over again. There is an affinity of the game that cannot be translated to those who’ve never played. It’s the same for every athlete who plays a sport, but with basketball it’s so easy to see.

The game is always there; just a ball and a hoop. It’s on the side of a barn in Kentucky. It’s in the playgrounds of Brooklyn. It’s in Phog Allen Fieldhouse, it’s in the Garden. It’s a ball and a hoop. It’s therapy at any hour of the day, when shooting the ball and the sound of the dribble soothes the soul. It takes away the troubles and the moves the player towards a goal of hitting the game-winning shot or hoisting the championship trophy.

It’s also there for a party.  The ball and hoop are happy to be involved in a group people just joking, laughing, and carrying on. The ball and hoop go nowhere, they wait for the players to come back and give their time and effort.

Once the jersey and shorts are thrown in the laundry basket one final time, they walk out of the locker room.

They walk on to the rest of their lives using the lessons they learned in participating in a team sport. They remember the stories and they exaggerate them for years down the line. They never forget the coaches, the fans, the feeling of a big win, or a devastating defeat.

They walk out of the locker room with the gaze.

And once they do, life will never be the same again.

4 Replies to “An Athlete's Final Frontier”