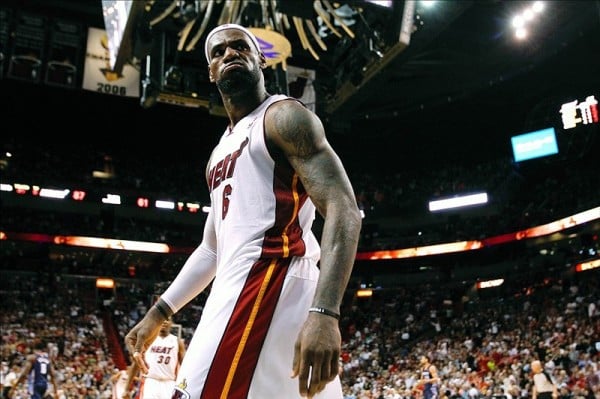 I get so tired of hearing people talking about how LeBron chose to play alongside Dwyane Wade and Chris Bosh. It’s not like they are carrying him to anything. They are role players on a team led by King James. I’m not a LeBron stan to say the least. I am a Knicks fan. A Knicks fan who wishes he would have chosen to bring his talents to Gotham instead of taking them to South Beach.

Before the 1979 draft, Earvin “Magic” Johnson let it be known that he wasn’t going to play of the Chicago Bulls. The Bulls and Lakers were in a coin flip for the top pick and Magic told the Bulls that if they won the toss and drafted him he was going to return to school and enter next year’s draft.

Magic made it clear that he wanted to play alongside Kareem and Jamaal Wilkes. Magic’s demands were understood and he ended up with the Lakers in 1979.

Magic wasn’t the only player who made those demands. John Elway made those same demands out of college and refused to play for.

The Baltimore Colts owned the top pick and looked poised to land a quarterback capable of building on the remarkable legacy set by John Unitas, but Elway had different ideas. First, he publicly stated he refused to join the Colts, feeling the team would not allow him to be successful, then, after Baltimore selected him anyway, he demanded a trade.

Kobe Bryant, who is considered by many the “anti-LeBron,” also made similar demands. Bryant decided that he wouldn't play anywhere but for the Lakers. The Charlotte Hornets decided to take him anyway. Kobe’s agent made it clear that there was no way that he would ever play for the Hornets. The Hornets chose him because the saw the opportunity for a deal. The deal landed them Vlade Divac.

We have also seen the likes of Kevin Garnett and Ray Allen merge with Paul Pierce. We saw Eli Manning make demands to get out of San Diego on draft day as well. Even recently we have seen Paul Pierce and Kevin Garnett team up with Joe Johnson and Deron Williams in Brooklyn. Players have done it for years but only a select few garner criticism.

That brings me back to LeBron. Several other players have made these demands before drafts and others have defected via free agency. LeBron just happened to be the best player at the time and people wanted to keep him separate from the others to keep competition in balance. It would be far more interesting to see how relevant the rest of the NBA would be if the Heat had not assembled such a monster.

In fact, you can argue that the balance of power in the league would be so dramatically different if the group hadn’t come together. Chances are the last three titles would have been won by the Mavericks, Thunder, and the Spurs.

How drastic would that have been to the legacy of James? If Kevin Durant gets that title before James, does perception change about his ranking amongst the elite players in the association? Interestingly enough there are so many things that lead us to what if, but the reality is that the King chose to merger and the results have cemented a legacy that shouldn't be criticized but revered.

Maybe if he gets his third this year, the slander stops. One can only hope.