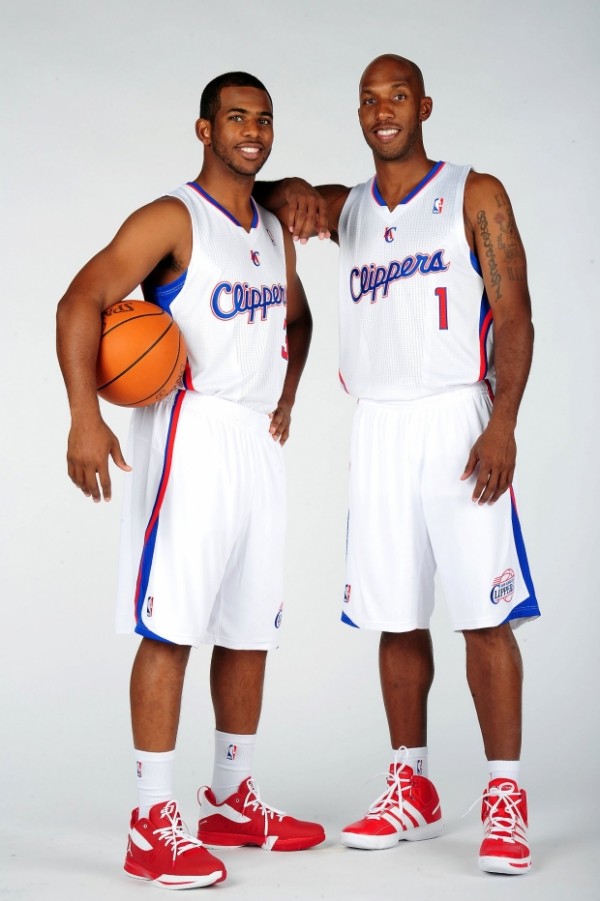 Funny how things can change over the course of a month. Just a few weeks ago, I was cursing David Stern and the NBA’s ludicrous millionaires vs billionaires pissing match. After the new labor deal was struck, camps opened, and with an unprecedented flurry of trades and free agent moves, the NBA’s preseason kicks off tonight as my Wizards host the 76ers.[1]

It goes without saying, but of course, all is forgiven.

It may seem like an exaggeration, but it seems like at least 1/3 of the league’s players have changed places this offseason. I personally can’t keep up with all this stuff, and I’m a die-hard fan. Lots of free agents are still out there, so it’s possible dozens of additional players won’t land anywhere until opening (Christmas) night. But since we have nothing better to do today (sorry, I’m not touching this budget nonsense in DC, or those increasingly wacky GOP debates. All done.) why not break down a few of the most notable player moves?

Chris Paul Goes To Hollywood – I’ve been to Lakers and Clippers games. The difference is startling. The Clips have always been more of the “working man’s” team (read: Mexicans), mostly by virtue of having tickets that go for half those of the Lakers. I still found the Clippers fans to be a lot more knowledgeable and focused on the game, regardless of outcome. Lakers fans personify “see and be seen.” At both Staples’ Center and The Great Western Forum, I’ve witnessed crowds so disengaged and disinterested, you’d swear you’d somehow stumbled into a mortuary. For a franchise so storied and successful, it was kinda weird but, hey, winning eventually gets boring, too. Clipper fans, assuming they can still afford tickets after the team’s jacked prices through the roof, will surely relish the prospect of being LA’s better team this year, and with Paul, Blake Griffin, Chauncey Billups, and Caron Butler, it’s possible. Still, I think at some point, they’ll regret giving up Eric Gordon. Badly.

What The Hell At The Lakers Doing?!? – First, they were trading for CP3. Then, Dwight Howard. Then, they inexplicably gave Lamar Kardashian to a heated conference rival for a bag of Utz. Meanwhile, the team’s core is simply getting older and older, there’s still no point guard, depth is questionable, and some guy named Metta World Peace will be jacking up three-pointers all season. I’m not predicting a total meltdown, but this squad might find itself opening the playoffs on the road: possibly at Staples Center.[2] 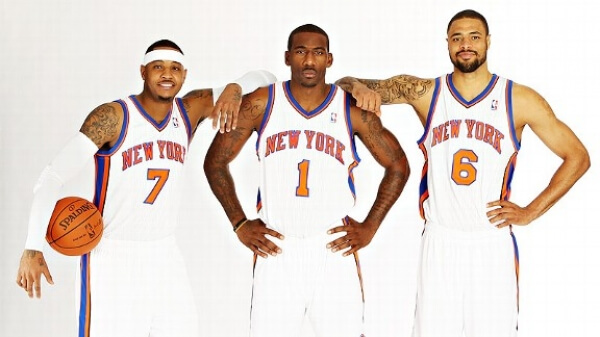 The Knicks Finally Get Their Big Man – I didn’t think New York had the cap room to make any moves, but they cut the aforementioned Billups and landed prize free agent big man, Tyson Chandler. How can I put this nicely? This is going to end badly. Bad. Ly. Chandler isn’t the most durable of big men, so it wouldn’t shock anyone to see him go down and miss his customary 30+ games this year. To get him, the Knicks gave up their only proven PG, and dropped some valuable reserves. There’s absolutely nobody behind Stoudemire and Chandler, two young guards will be manning the backcourt, and D’Antoni’s plan to fix it all is to put the ball in Melo’s hand and have him initiate the offense. Am I really the only one that sees this trainwreck in motion?!?

Superman Is Grounded – I would feel bad for Dwight Howard if I had half a heart for a division rival. I don’t. As is, Howard seems likely to just play out his contract in Orlando and hit the free agent market next summer, at which time I will become Dwight Howard’s biggest fan, if he signs in DC. Of course, this won’t happen, and neither will the Magic making the playoffs this year. If that sounds a bit too bold a prediction to you, consider Howard’s running mates (awful), coach (lame duck), and GM (very lame duck.) Combine this with a sulking star player who’d rather be elsewhere, and you have the recipe for a .400 season.

The Best Signing Of The Summer – David West to the Pacers. West (assuming he’s healthy) is exactly what the upstart Pacers need. The guy can put up 16/7 in his sleep, will play well off Roy Hibbert and make life much easier for Danny Granger. I’m still not really sold on Darren Collison at the point, but mark my words, Paul George is going to have a breakout year. This team is still too boring to watch on League Pass (just being honest), but I see the makings of a 50-win squad.[3]

Heat Check – While a few other Eastern Conference teams made moves to improve, Miami has essentially stood pat, still leaving their gaping holes at PG and C unaddressed. Signing Shane Battier just smacks of duplication. Where exactly is he going to play, given how many minutes Bron and D-Wade already take up? I’ll make a not-so-wild prediction, and say the Heat don’t return to the NBA Finals this year. Tying up your cap with three max-salaried players doesn’t leave much room for tinkering around the edges.

A Few Teams Will Really Suck. Perhaps Historically. – I don’t see how the Bobcats or Hornets break ten wins this year. Combined. If that seems a bit bleak, it probably is, but if there are two teams that really need to be relocated, these would be my pick. I don’t see Toronto being much better.

My Early (aka: extremely premature) Predictions…

Question: What was the most impressive offseason move in your opinion? Any predictions for the season?

[1] No, I won’t be there, nor at Verizon Center, very often this year. My buddies and I all decided to either not renew, or cancel our ticket packages for a variety of reasons. Still a fan; just not (necessarily) a paying one. This season.

by The Fam time to read: 3 min
Basketball Today’s NBA: Too Many Teams, Not Enough Tale…