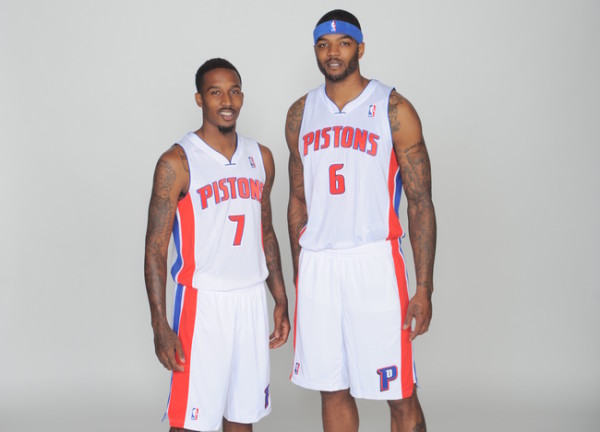 You’ve read a ton of season previews, snickered at predictions and likely dusted off some Santeria rituals in your basement to haunt your favorite team’s rivals. All are okay in our book as long as you wished no physical harm to any player or coach, but we also recognize that you might have heard the same stuff over and over again.

How the Brooklyn Neltics Nets and Los Angeles Clippers suddenly now have that championship mettle, if only for this season thanks to some spare parts from the decayed Boston Celtics.

How Derrick Rose is the finishing touch to the Chicago Bulls’ push for June basketball.

How the Indiana Pacers just might have enough to take down the Miami Heat.

How the Oklahoma City Thunder might catch San Antonio slipping like they were supposed to last year.

Yeah, that’s all cute and some of it might be true. However, in lieu of the standard previews and predictions, we’ve come to tell you a few players some of us are keeping a close eye on this season.

There’s a catch, of course: you will not see the names of expected superstars here. Anyone who considers her- or himself an NBA fan will obviously check for LeBron, Dwight, KD, Carmelo and even Rose and Kobe (when he returns). These are guys we’re looking at for a variety of reasons: local intrigue, hope for greater national profiles, sheer comedy and/or stubborn hope. 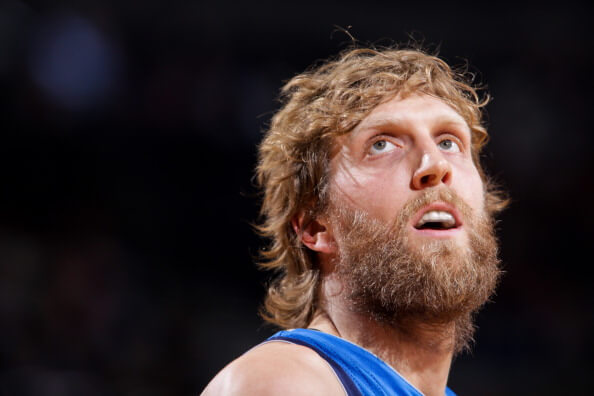 Last season was one to forget for the Dallas Mavericks and for their leader, The Great Dirk Nowitzki. Dirk missed 29 games last season, which certainly had an effect on the Mavs and their ability to be at full strength on a nightly basis. That, along with players who the Mavs attempted to “fit square pegs into round holes," contributed to the Mavs missing the playoffs for the first time in over a decade. It was a damn shame. A man of Dirk’s stature should not ever be associated with such garbage. Hell, the only positive that came from the Mavs last year was their beard movement that had Dirk growing out a priceless and absolutely glorious beard (Scribe's note: Who wears it better, Dirk or Daniel Bryan? Comment below.)

He is one of my all-time favorite players and has bought an endless supply of credit with Mavs fans with his vintage performances over the years. Now that he is fully healthy and with a backcourt that is worth a damn again, it will be great watching Dirk do work on the competition very soon. 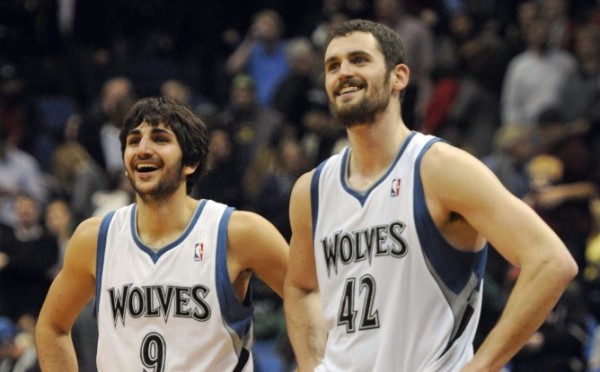 The days are numbered in the Ricky Rubio-Kevin Love era in Minnesota. Injuries have robbed us of many already. Now both players face the reality of playing out their respective primes in perpetually rebuilding Minnesota, -30 wind chill in December Minnesota, snow until April Minnesota, lutefisk for breakfast, lunch and dinner Minnesota. I don't see it. Rubio came to America to be a big star. Love hung around with the Beach Boys as a child. One or both will be gone in the next two seasons. It's the way the NBA works now.

All I ask, as a Timberwolves fan and hell as an NBA fan, is that the two can stay healthy for the short time they have together. And who knows? Maybe the aesthetically pleasing ball that the duo plays produces enough wins to convince them to stay. The T'Wolves behind Love, Rubio, Pek, Chase Budinger and Derrick Williams, each endlessly watchable for different reasons, might just become Warriors upper Midwest (yeah, I said it). All I know is that we were promised a Love-Rubio era. Let 2013 be the beginning. Please? 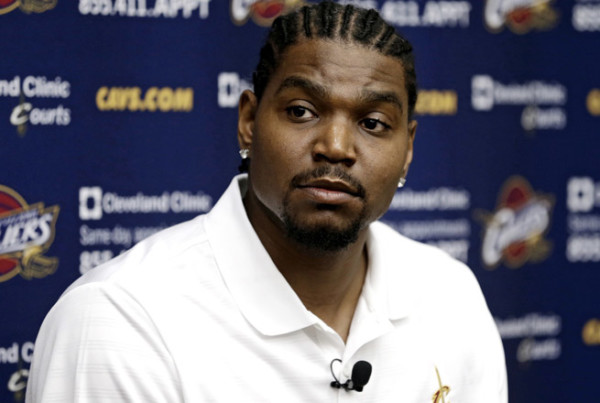 Andrew Bynum because I fully expect him to put up 25-12 playing with Kyrie Irving, re-establishing himself as the best young big in the league, and becoming a perennial all-star … all without ever having stepped foot on the court during his remarkable Philadelphia 76ers career. But then again, this is Cleveland, and we all know God hates Cleveland … which may explain why Bynum still has not actually stepped on the court in live game action yet — and is still not cleared to play. Can I change my answer to watching Josh Smith and Brandon Jennings — two of my favorite players in the league — in Detroit? I guess not, since I already destroyed Joe Dumars. Bynum it is. 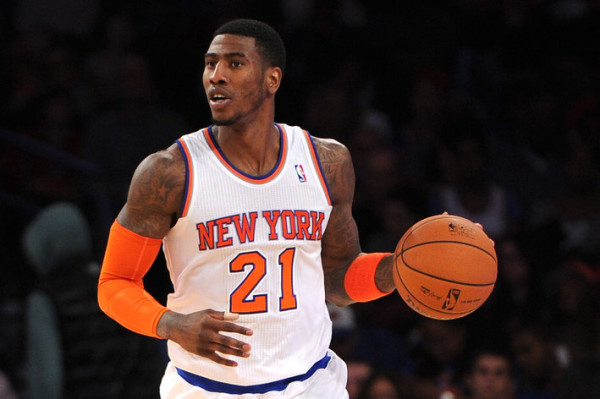 Most words posted elsewhere about the Knicks these days are almost pejoratives, as if the team didn’t win the Atlantic Division, the second seed in the East and advance to the Conference Semifinals last season. It’s not to say that the reputation hasn’t preceded it in some regards, but it’s almost a bit too easy to dismiss the momentum the franchise has built in the last two seasons.

Part of that momentum, in my opinion, has to do with Iman Shumpert.

Shump is intriguing because his athleticism as a defender and diverse scorer demands that he plays 30 minutes a night. And yet, because head coach Mike Woodson actually wanted him to battle for the starting shooting guard spot with J.R. Smith, Knicks fans and media posited their usual neurosis. He’s not asked to be the first or second option on offense for the Knicks, but this is the kind of year that may see him emerge as such in spurts. When he first came on the scene, some fans were hoping he would become the new era’s Derek Harper as the maddening perimeter defender without the now-illegal handchecking. While that’s not a bad player to be modeled after, Shumpert’s three-point shooting was effective en route to a very good first full season and playoffs.

And say what you will about Anthony’s gunner rep, but every scorer looks for someone to trust. Beyond J.R. “I bought a tank, not a zoo” Smith and whatever emerges from the Amar’e Stoudemire/Andrea Bargnani combination, I want to see if the two-way game of the former flat-topped one endears him a bit more to 'Melo than he already has. 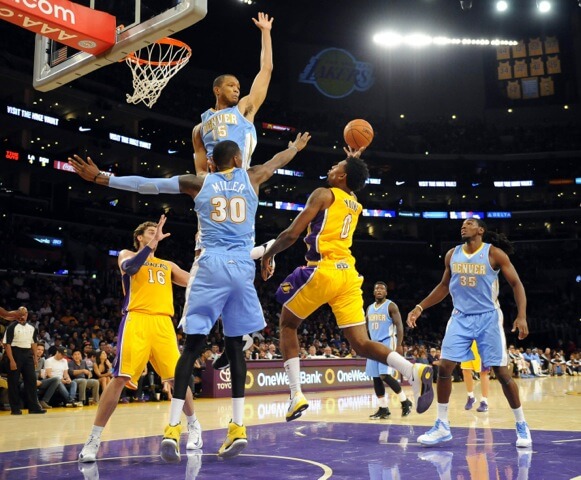 I woke up with tears streaming down my face, in a cold sweat, with my heart patting with the rhythm of a humming bird's wings as it forages for nectar. I tried going back to sleep, but I couldn't at the thought of the morbid, gloomy vision that appeared during my evening reverie (I think).

This kid out of USC with a curious haircut had started for the Lakers for 82 games. He barely shot 40 percent from the field and just under 32 percent from long range. But he kept shooting. And Shooting. And Shooting. And shooting. All of us would periodically check over at his coach, that Italian cat with the revolutionary ideologies on how to score the basketball, and he just kept on encouraging him to do his best, try his hardest, and continue to hoist pull-up, double-teamed jumpers with 16 seconds left on the shot clock.

To quote Harold Brodkey, "This is how my life ended, and my dying began."

You see, I'm usually a fan of ball players who are for the people. The Pau Gasols of the world warm this little heart of mine, but in this dream of mine, Nick Young wasn't for the people; Nick Young was for Nick Young. The most definitive feature of Young's solipsistic game wasn't the absence of assists — it was more so the fact that when he did look to pass, it was to make himself look better. In the confused, muddied velocities of his mind (or maybe mine, I don't know how this subconscious thing works), Young featured a shot selection lacking the basketball probity that makes the average ball players good, and the good ones great — and this is exactly why I'm excited to watch him this season.

Walls were punched through, iPhones were thrown, and with the cowardice of Commodus, I weakened my ability to comprehend this slow, painful death by drowning my sorrows in brown liquor — and with the Lakers on the verge of securing an eighth seed in the playoffs, it was Young who would shoot. And shoot. And shoot it again. He'd make some, but he'd miss more. It was glorious. Young wasn't an assassin, just the begin of my demise. Because in a year where the expectations for the Lakers have been turned all the way the fuck down, having an enigmatic shot creator create shots you don't want to be taken is all you can hope for.

Those tears streaming down my cheeks, they're tears of happiness. In a year where any championship hopes are less than futile, I couldn't be happier to be able to root for a guy who represents hopelessness in the most entertaining way possible.