As we enter February, college basketball’s push for the NCAA Tournament shifts into overdrive. The next month will be a roller-coaster ride as teams’ stocks rise and fall on a night-to-night basis.

Some teams have all but guaranteed their invites to the Big Dance and will be jockeying for position, while others will be looking to claw their way off the bubble. Here are six teams you should be paying attention to as we inch toward the madness.

The Clemson Tigers have been one of the hottest teams in the country during the month of January. They’re 6-1 in the new year, a stretch that saw them reel off consecutive victories against Louisville, Duke and Miami, whereas the lone loss came at Virginia. The Tigers currently sit at 13-7 and in third place in a sturdy ACC with a 6-2 conference record.

Clemson combines a balanced offensive attack (five players averaging at least nine points per game) with a stingy defense that allows just 62.6 points a game, good for 15th best in the country. The Tigers have a relatively favorable schedule to close out the regular season and should be right around the 20-win mark heading into the ACC tournament. A 20-win season that includes the signature victories mentioned above should be enough to send Clemson dancing, and the Tigers could prove to be a headache for whomever they play.

The Hawks have been quietly building a very nice season. They’re 17-3 overall and 6-1 in a very good A-10, holding down third place. All three of their losses are very respectable, coming against Florida, Villanova and VCU. One thing hurting them is a lack of a signature win, and it will be tough for the Hawks to get one of those with their remaining schedule.

St. Joe’s will have to make up for that by beating George Washington, Dayton and Davidson, the best remaining teams on the schedule. Despite the lack of a big win, St. Joe’s is 38th in RPI and 52nd in BPI, numbers that could help come Selection Sunday.

The team is led by senior forward Isaiah Miles (17.8 PPG, 8.4 RPG) and do-everything star DeAndre Bembry (17 PPG, 8 RPG, 4.6 APG.) The Hawks rebound well and are above average defensively. A 24- or 25-win regular season is not out of the question, and with a few key wins down the stretch and a respectable showing in the Atlantic 10 tournament, St. Joe’s could be looking at an unexpected invite to the NCAA Tournament.

Coach Jim Larranaga has been building Miami into a consistently relevant program. Now in his fifth year in Miami, he has not had a losing season and failed to win 20 games only once (2013-14). At 16-3, the Hurricanes should again reach the 20-win plateau this year. His success should not come as a surprise, as he has done well wherever he has been, and he could easily have been included in our recent leaders of men piece. This is the same guy who took George Mason to a Final Four in 2006.

Miami is a top 40 defensive team, but the Canes are no slouches on the offensive end either. They have four players averaging double figures, led by senior guard Sheldon McClellan and his 16.3 PPG. McClellan’s backcourt mate, Angel Rodriguez, is also a senior, and good, experienced guard play is huge come March.

The rest of the season won’t be easy for the Hurricanes, as five of their final 11 regular-season games are against ranked opponents. Miami won’t be intimidated, having already scored victories over Utah, Butler and Duke. They will look to further bolster their résumé and potentially climb into a two or three seed. This is a team you should be paying attention to as we head into the stretch run.

You may be slightly surprised to see the Gamecocks make this list, given that they recently fell out of favor and out of the AP top 25 rankings. But trust us, they’ll be back.

South Carolina is 18-2 overall, 5-2 in conference play with losses on the road at Alabama and Tennessee. SC’s 18th win set a single-season wins record for head coach Frank Martin, and one more conference victory would tie the Gamecocks’ league-high wins under Martin. South Carolina is currently fourth in the SEC, behind Texas A&M, Kentucky and LSU, and the team leads the SEC in rebounds, averaging 42.3 per game.

After SC suffered its second loss of the season at Tennessee last week, it rebounded with a huge win against Mississippi State on Tuesday, defeating the Bulldogs 84-74. This win was made possible in large part to senior forward Michael Carrera, a major key for the Gamecocks this season. Carrera set a career-high with 34 points, obliterating his previous career high of 23 and tied a career-high 15 rebounds. He also set personal records in field goals made and attempted, free throws made and attempted, and minutes. He became the first Gamecock in three seasons to score 30-plus points and the first in four years to get 15 boards.

If South Carolina can rein in the turnovers and work on free throw shooting, both of which will be important come tournament time, then we might just see a nice little run from Martin, Carrera and the crew.

In a heavyweight basketball conference like the Big East, the Xavier Musketeers have found a way to stand out and exert their will on opposing teams. Standing tall at 18-2 overall (6-2 in conference play), Xavier has been making significant noise on the court. Xavier’s only losses have come against No. 6 Villanova, who sits atop the conference, and Georgetown, who shares the No. 2 spot with Xavier.

What is so compelling to watch about Xavier is the team dynamic. In the Musketeers’ 75-68 win over No. 10 Providence on Tuesday, five players hit double figures. Junior forward Jalen Reynolds notched 15 points and grabbed 11 rebounds while his teammate Trevon Bluiett added 15 points as well. Davis contributed 13 while Farr finished with 11. Xavier also received 25 points from its bench. That balanced scoring combined with the Musketeers’ ability to significantly outrebound opponents make them dangerous and a team to watch as we move toward March.

The last time VCU men’s basketball lost to an A-10 opponent was March 5, 2015, at Davidson. The Rams have won 12 straight league games since then. But strong league play is just one piece of the puzzle this year for Virginia Commonwealth.

Defense is a big key for head coach Will Wade. In fact, the Rams set a school record for fewest field goals allowed in a half when they held Saint Louis to just two first-half buckets (of 13) in a 72-56 win on Jan. 10. The Billikens did not make their first field goal until the 6:23 mark of the first half!

Solid defensive play combined with guards JeQuan Lewis and Korey Billbury, who consistently penetrate the paint on offense, put up major points and dish off team-high assists, will keep VCU ahead of the pack and could make the Rams tough to contend with during the Big Dance.

6 College Basketball Teams To Watch As We Head Toward March 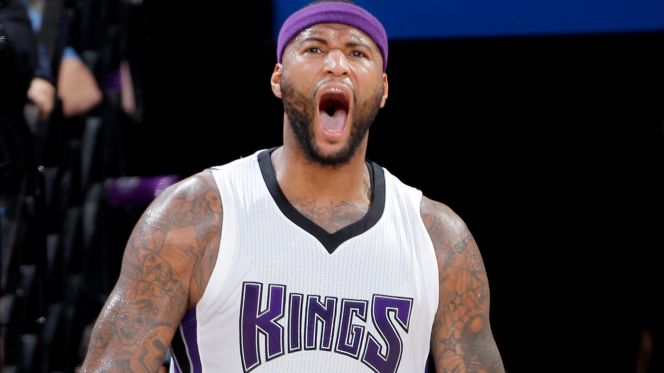 Basketball The Top 5 NBA Performances This Week: Because Boog…
Basketball Here’s Why Blake Griffin Should Have Got Int…
0