The NCAA tournament begins tomorrow, which means many brackets will be hastily filled out tonight. History tells us to be cautious with upsets, as top-seeds are granted for a reason. However, with the field as wide open as it’s arguably ever been, here are a few upsets that could prove fruitful for your bracket. You’re welcome.

This a classic March Madness buzzer-beater game in the making. Texas likes to play fast-paced basketball while Northern Iowa likes to slow the game down. The Longhorns are battled tested, boasting one of the toughest schedules in college basketball and except for the blowout by Kansas at the end of the regular season, they were able to keep losses close. But the Panthers have senior guard Wes Washpun, who averages 14.3 points, 4.0 rebounds and 5.2 assists per game.

Northern Iowa only allows 62.9 points from opponents (11th best in the nation), but the Longhorns score 71.3 points per game. Texas’ Isaiah Taylor puts up similar stats to Washpun and has helped Shaka Smart make the program successful in his first season as head coach in Austin.

But when it comes to clutch, Northern Iowa reigns supreme. Washpun hit the game winning shot to secure the Panthers the Missouri Valley Championship. Texas will have to find an answer for him, because if not, it is likely we will see another game-winner from the 6-foort-1 guard.

Speaking of Shaka Smart, his old program in VCU is always a tournament darling while Oregon State’s appearance is the result of serious program revival. Wayne Tinkle is a solid coach and the Beavers have several star players in Gary Payton II and  the coach’s son, Tres.

But the Rams are consistently solid squad. VCU has won at least 24 games in 10 consecutive seasons. This is the Rams’ sixth NCAA Tournament appearance in a row, making them one of seven teams in the county to accomplish that feat. Only five teams in the country have more steals than VCU (299) and VCU forces a steal on 12.5 percent of its defensive possessions, which ranks fourth in Division I according to statistician Ken Pomeroy. The Rams also rank 18th overall in turnovers forced at 15.4 per game. But Oregon State boasts the best turnover-margin in the Pac-12 during conference play (plus-3.61).

Basically the Beavers must take care of the basketball otherwise VCU will make them pay.

Colorado isn’t entering the tournament playing its best basketball, having lost 6 of its final 11 games. They happen to be running into a UConn team who is 7-4 in its last 11 games and won their conference tournament.

Statistically these two teams a very similar, with UConn holding a slight advantage in FG percentage and free throw percentage, while Colorado has an edge in 3-point percentage and rebounding.

Expect a close game here, but ultimately the Buffaloes will be done in by their penchant for turning the ball over paired with UConn’s stingy defense, which allows just 63.2 points per game. That, combined with the Huskies superior free throw shooting, will earn Connecticut a presumptive date with top-seeded Kansas.

Texas Tech is one of the streakiest teams in the field this year. They put together a 10-game winning streak, but also suffered through a stretch that saw them lose seven of eight in the month of January. Every team will be looking to put together a 6-game streak en route to a national championship, and Tech has shown they can do that. But they have also shown they can slide to the other extreme. Consistency throughout the season is what gives a team confidence in order to make the ultimate run and Texas Tech has failed to show that.

Butler has had their fair share of stumbles throughout the season, but never found themselves free-falling the way their opponent had. Eight of the Bulldogs 10 losses have come against tournament teams, and three came against top-10 teams.

The deciding factor in this one: the Red Raiders will be challenged offensively. Their leading scorer, Toddrick Gotcher, averages just 11.1 points per game. Meanwhile, Butler is led by Kellen Dunham at 16.3 points per game, while Kelan Martin chips in 16.1 and Jones adds 14.0. The Bulldogs also led the Big East in three-point percentage and are one of the most careful teams in the nation with the basketball. An inability to steal possessions with turnovers or a rebounding disadvantage will prevent Texas Tech from keeping up in the scoring department.

We’ll go out on a limb a little bit on this one, but hear us out. Last year saw not one, but two 14 seeds advancing, and all four 3 vs. 14 matchups were decided by single digits.

This game could be a fun one, especially if you like offensive basketball. Green Bay was 6th in the country in scoring at 84.2 points a game. Carrington Love leads the way with 17.7 points per game, and is complemented by Charles Cooper (13.9) and Jordan Fouse (12.8).

A&M will counter with the duo of Jalen Jones and Danuel House, who both average over 15 points per game.

Both teams play aggressive defense and excel at forcing turnovers. If Green Bay can win the turnover battle and limit Jones and House, their scoring ability could lead them to the stunning upset.

You’re Welcome: 5 Upsets You Need To Be Mindful Of Before March Madness Begins 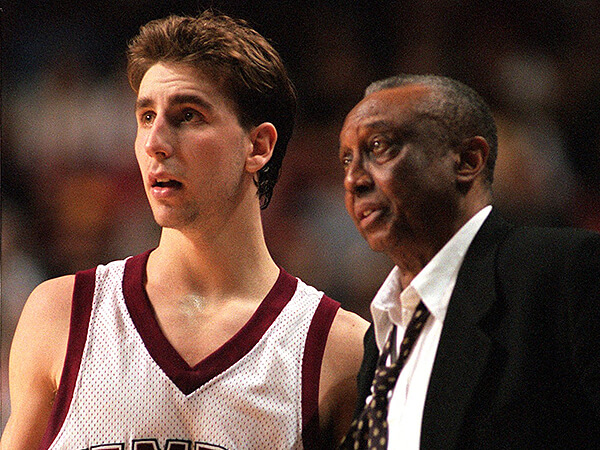