This is probably blasphemous for anyone who calls themselves an NBA fan to say, but here goes: I can't stand Russell Westbrook and his cult following. Man, that feels good to say out loud in a setting larger than the intimate space of a text or a Slack message.

I tried liking Westbrook. I really did. For example, this excerpt from a New York Times feature on the point guard is impossibly endearing:

My favorite excerpt from that Westbrook piece pic.twitter.com/779wHMrNk6

But that's where the love ends.

My life would not be altered if I never saw another video of Russell Westbrook dancing, or throwing down a dunk on a fast break.

My life would actually be better if I never saw another tweet about BESTBROOK or BRODIE or whatever dumbass nicknames fanboys are giving him these days. I hate the never-ending stream of love, excuses and stat cherry-picking that revolves around him. Westbrook gets heaps of praise for stuff other players get crucified for. He's "teflon" in the strongest sense of the word, and it's enough to make me want to find the deepest part of the ocean and swim down until I find the bottom.

Kevin Durant didn't leave Oklahoma City to chase rings. Durant left because playing next to Westbrook is impossible. People will point to assist numbers as an example of a team-oriented attitude, but Westbrook is there for his numbers first and everything else second. Even if he loses on the scoreboard, it's a win for No. 0 as long as his stat line is the story of the game.

It's celebrated that Westbrook played the way he did this season as an "eff you" to Kevin Durant. The "eff you" approach to every game is hardly a Westbrook original and hardly a reason to hate someone. It's the fact people act like he's aiming for something more than triple-doubles every night.

Look at the Thunder's 21-point loss to Phoenix on April 7. Westbrook was very clearly chasing a triple-double by passing wide open shots to force passes to teammates. When asked about it after the game he insisted he was making the correct basketball plays.

"I was 6-for-25. [Expletive], I mean, what you want me to do?" Westbrook said. "I wasn't making shots, so somebody else can help. My job is to see what's going on and try to find guys that make some shots, and maybe we can get something going. But it wasn't falling for me tonight."

As if shooting inefficiently ever stopped him before. (He had 25 games this season where he finished under 40 percent from the field on 20 or more shots).

He spent this entire season chasing numbers because he knew his team had no chance to win anything significant. He approached this season with his personal grudge at the front of his mind. The Thunder were "winning" as long as Westbrook maintained his spot atop the MVP conversation.

Now his personal accolades have gotten his team to the playoffs where they're very quickly in a 2-0 hole. That deficit doesn't matter though because Brodie is getting his 50-point triple-doubles. Never mind that he shot the Thunder out of Game 2 down the stretch. Never mind all of the bigger picture stuff that points to Westbrook being abysmal to play basketball with.

Westbrook doesn't have to try and win games by himself—he chooses to. That's not a fiery competitor who will do whatever it takes to win. That's a vindictive, insecure asshole. I typically cut people like that out of my life, but since Russell Westbrook and his fans make avoiding him impossible, I'll have to settle for hating him instead.

2 Replies to “40 Nights of Hate: Russell Westbrook and Everybody Who Loves Him”

40 Nights of Hate: Russell Westbrook and Everybody Who Loves Him 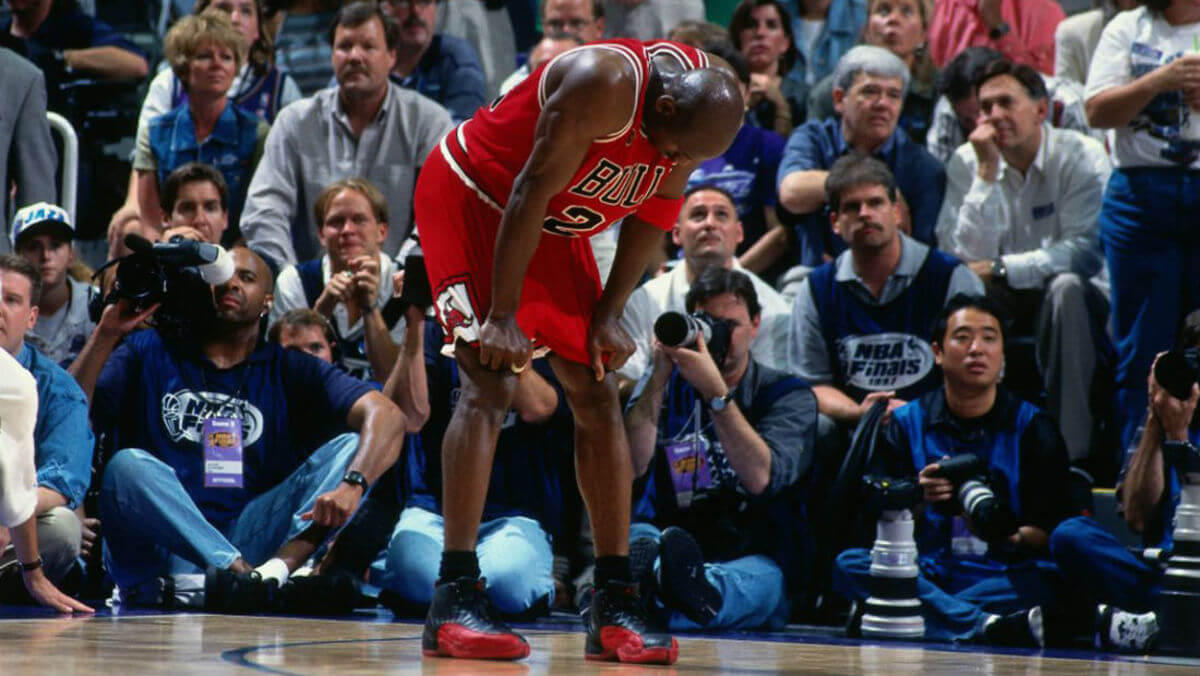 Basketball 40 Nights Of Hate: What Happened To The Dope Signa…
2