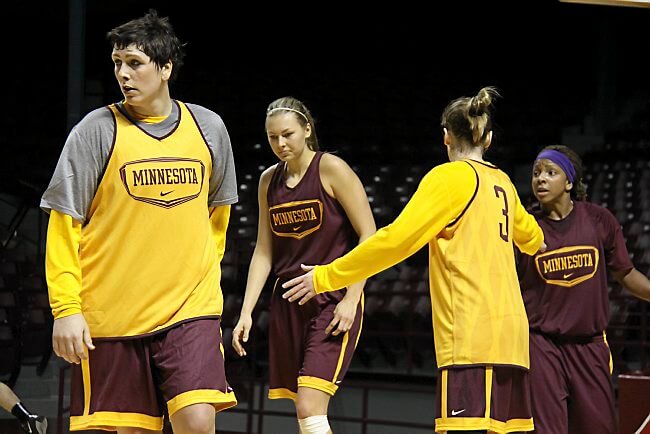 (Ed’s Note: With the NCAA Tournament officially kicking off on March 18th/20th, we here at TSFJ will be giving the people 16(0) sweet words on 16 (bitter)sweet moments of March Madness past. Next up is Dillon Friday, who puts on for the ladies of Minnesota. Oh, and if we go over 160 words…well, our bad.)

I'd like to paraphrase Forrest Gump, if you don't mind. It's funny what one recollects. I can remember watching the entirety of the 2004 Women's Final Four. Up to that point, and maybe even today, I had never so much as watched the men's title the entire way through.

But I can recall vividly the 2003-04 Minnesota Golden Gophers. Perhaps it was a perfect marriage of time and place. I was less than five years into my life as a Minnesotan and, other than my hockey playing, found it difficult to champion the North Star state. And then, this seventh seed made a sterling run through the NCAA Tournament. The Gophers' best player was a point guard from Hutchinson, a rural town 60 miles west of Minneapolis. Their second best player was nicknamed Baby Shaq. I couldn't tell you her real name, and I don't want to Google it either. I'd prefer to remember her by that oxymoronic moniker.

In other words, the Gophers were impossibly likeable. When they faced Diana Taurasi and the UConn Huskies, who were in pursuit of a third straight national championship, it had a Hoosiers-like feel. I couldn't not root for Minnesota. I couldn't not support Lindsay Whalen, that guard from Hutchinson, and Baby Shaq.

That 67-58 loss stung 14-year-old me like I couldn't believe. It didn't make me a Minnesotan just yet, but it was a big step along the way.