Last week, one of the funniest annual email advertisements that comes out from Major League Baseball hit the streets for the first time: “Balloting is now underway for the (fill in blank year) All-Star Game in July…”.

Please don’t get up to check your calendar or feel as if there is any essence of time to address, because yes, it was April last week, and there were no shortage of things to remind you of it either. Events such as most starters are just turning into their 5th start of around 33 (if they are lucky) of the season, and there is still realistic hope for the Cubs (while the same may not be able to be said about their stadium). Like I said, it is very early still. And it is almost laughable to try to figure out who should compromise the MLB All-Star Teams with what is available right now to analyze (I mean, Dee Gordon is nearly hitting .500).

But if the MLB is going to make a call for its honor roll to begin to shape, who am I to ignore the call? The standard vote that is done via the paper ballots that the 70 year old ushers at each ballpark so diligently dole out, as well as online at every corner of each MLB website and app, asks for a very simplified fare: one player per position, from each league, and no pitchers.

Well, pardon me, but that is complete B.S. A proper assessment of a league’s various All-Star campaigns requires cavity search-level thoroughness. It should extend past the starters and factor in the big picture of the rules and regulations of constructing an All-Star roster. And while it reasonably insane to expect this type of regular dissertation from an online vote from the mass fan base, I myself am willing to play the part of the deranged ASG assessor and do it monthly throughout the season.

Keeping in accordance with the rules, these are the parameters being followed:

So in response to the MLB’s call-to-arms for a 1/6th of the season’s worth of intelligence based All-Star team, this is what a proper MLB All-Star showdown should look like today. 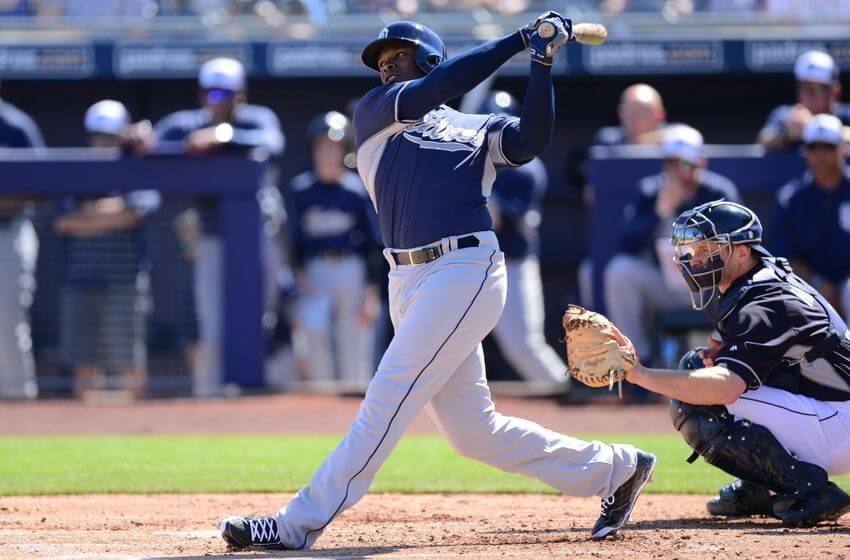 It has not been an overwhelmingly impressive start behind the plate for any NL backstop, so this is a part “best possible player” selection, but it is also a nod to Posey providing his regular adhesive value to the Giants. He single-handled beat Clayton Kershaw earlier this month, and remains the most pivotal player in the game today for his team’s fortunes.

It was said to be a sell-high deal by the Dodgers in moving Gordon out this winter, but so far he is proving that his breakout campaign was more than a one & done proposition. He is leading all of baseball (by far) with a .440 batting average and is second in the NL is stolen bases as well.

He is an extra base hit factory thus far, setting an insane pace that would see him land somewhere in the neighborhood of 100 doubles. While that is guaranteed to slow, it is clear that Carpenter is still ascending the hierarchy of MLB third basemen at a rapid pace.

There are a ton of NL shortstops producing strong numbers this year, but Tulo is keeping himself at a solid distance in front of the pack. While he is not planting everything into the seats like he was a year ago around now, he is comfortably in the .300 neighborhood and is second in doubles behind Carpenter.

Stanton is earning his sizeable salary, leading the NL in RBI and on the heels of the home run lead as well, per the usual course of his seasons. Upton is laughing at the notion of the confines of Petco Park impacting his power potential, as he has hit five long balls at home already. Pederson is proving that the ground that was cleared to make way for him was a smart investment, has he has posted a top 5 OPS in the NL across his first April.

The buzz is that Greinke intends on taking his opt-out clause after the season and returning to the free agent waters yet again, the same waters that landed him a $147 million just three years ago. If that is his intention, he playing himself into a raise thus far, opening up 4-0 and carrying a 1.93 ERA thus far. 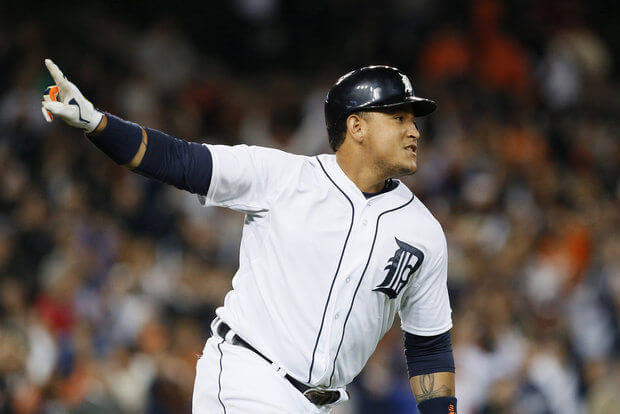 KC’s one-stop shop behind the plate is off to another strong start, topping .300 in the season’s first month and playing his usual strong defense behind the plate. He has been the essential part of the Royals not missing a beat coming into the AL Championship defense.

Well, who else would it be? The usual plethora of devastation is on display: .360+ average and a pair of multi-homer games as well. He’s the best hitter alive and in his mid-prime years, this is his spot on reserve.

He’s killing it at the dish again and doing it in volume. Altuve is leading the AL in hits and remaining in the top three of batting average as well. He’s still tearing it up on the bases as well, and in the ultimate twist, it has the upstart Astros claiming the best record in the American League as well.

He has uplifted his batting average past to his 2013 breakout level, while predictably remaining a regular high-level run producer in his new home in the north. He is narrowing in on affirming himself as the best overall third baseman in the game.

It has been fantastic seeing the rehabbed Iglesias not skip a beat in his return to the field. In addition to his sterling defensive efforts, he is carrying a surprisingly strong stick as well (.354 average).

It’s a toss-up between these three for who is the AL MVP in the early stages of the season. Trout is the reigning and defending best in the world at what he does, and is once again putting on a fantastic all-around effort with a .315/.576/.994 slash line. Meanwhile, Cruz is punishing the ball at a prodigious pace again, leading the MLB with 14 home runs. Jones’ .402 average is tops in the AL and has drove in 20+ runs as well. If softball rules were in play and four outfielders could suit up, Lorenzo Cain is also making nearly just as strong of a case for himself as any of this trio as well.

It was an acquisition that was a head scratcher when it was initially announced, but Morales as channeled his form of four years ago, pre-ankle injury thus far. He has provided the power bat the Royals needed to axis their lineup around and sits in the top three in the AL in RBI as a result.

It seems weird that this is the first year that he has come out the gates 5-0, but alas, it is. Felix’s dominant run through the game is stronger than ever right now, as he leads the circuit in wins, strikeouts and has emerged victorious in five of his first six starts.