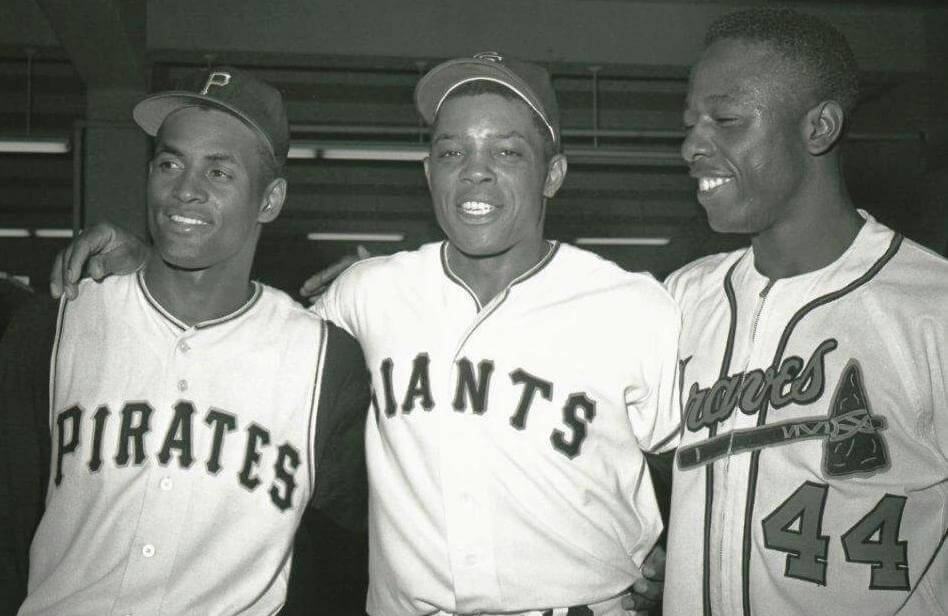 Recently, the craze has been to fill out a “Mount Rushmore” of (fill in the blank) sports immortality. In reality, it is most often a hopeless, fruitless endeavor that has one or two easy answers and then opens up to an endless stream of debates and arguments — which is perfect.

So, in my endless pursuit to overdo myself in figuring out the game of baseball, one Mount Rushmore was not enough. Why not climb to the top of every Major League Baseball team’s summit and pay homage to who’s up there? There is a lot to consider when doing something like this and, without a doubt, plenty of elements to debate. From impact, to time spent, to how a guy shapes the image of a franchise, to be considered an all-time face of a team is an extraordinary group to be a part of, whether it’s the Yankees or down to the more recently born Rays and Diamondbacks.

So why not: 30 teams, 30 MLB Mount Rushmores. A few with some commentary from me — and others with a little help from my TSFJ friends.

In all reality, this sucks. Because anytime room for Pedro Martinez, Wade Boggs or Tris Speaker can’t be found, it is going to burn. But Ortiz has been the constant in the Sox finally shaking off the curse, and Clemens was the best pitcher of the '80s and the early 2000s. And all the other two guys listed here did was combine for three Triple Crowns. —The Cheap Seat Fan

Cal Ripken will always be celebrated as the Iron Man, with a record that may be one of the last to ever be broken in any major sport. Frank Robinson is here for his role in the Orioles spearing their World Series runs in 1966 and 1970, while winning the Triple Crown during his tenure in Baltimore. With Manny Machado making a strong case for the best third basemen in the league (for now, before he goes to SS), remember it is Brooks Robinson who had the illest nickname ever due to his greatness (The Human Vacuum cleaner). And of course Cy Young award winner Jim Palmer, who was a part of the Orioles' last championship season in 1983. —The NFL Chick

The Cubs haven't won a World Series since 1908 (sorry to remind Chicagoans again, carry on with your day). It seems to me they should reserve a spot on Mt. Rushmore for someone who actually won a title with them. Mordecai "Three Finger" Brown is the best candidate. He even has an origin story worthy of a superhero: farming accident produces legendary pitcher. —No Class Friday

Forget the Black Sox scandal, Joe Jackson is still one of the greatest hitters in baseball history. Does he make the cut here though? I don't know. I do think Hall of Famers Nellie Fox and Luis Aparicio deserve a long look over either Appling or Konerko. They were the double-play tandem on the famous Go-Go Sox pennant winners of 1959. Also Chico Carrasquel because he was my dad's favorite player. —No Class Friday

The Indians' offering really shows how poor this franchise has been. Bob Feller and Lou Boudreau debuted in the late 1930s. Tris Speaker started his career in the dead ball era (I have no arguments with those three by the way). Jim Thome took his last swing in 2012. Now, Kenny Lofton could get some consideration here as could Manny Ramirez or Gaylord Perry, who won a Cy Young with the Tribe. For me, Napoleon Lajoie, another dead baller, figuratively and literally, is the biggest omission. Lajoie was so popular in Cleveland that the franchise adopted the nickname "Naps" during his years there. —No Class Friday

This is one of the toughest ones because there are three clear-cut Hall of Famers that deserve the nod, plus one of the greatest hitters of all time whose call to the Hall is only blocked by the 10 years of baseball he probably still has in front of him. But leaving off Lou Whittaker and Alan Trammell is tough … best case, only one would be able to make it, and how do you really pick between one or the other? All respects to Charlie Gehringer and Yahoo Sam Crawford as well. —CSF

It is always hard to pick through such a storied franchise as the Dodgers, with names like Gil Hodges, Don Sutton and Don Drysdale all missing the summit of the mountain slightly. But the Duke of Flatbush and the Campanella were the defining players of the franchise’s turn of fortune in Brooklyn, and the legacies of Robinson and Koufax stand toe to toe with any player’s in history. —CSF

Three Hall of Famers and a native son who is well on his way to joining this trio in Cooperstown. Picking for the Twins becomes tricky, though, when you consider the team started as the Washington Senators. Walter Johnson surely deserves a place on his franchise's Mt. Rushmore. Alas, he and the Senators are forgotten history. An honorable mention goes to Kent Hrbek, who won two World Series for his hometown team. —No Class Friday

You can’t really go wrong here. Put in Yogi, Jeter, Rivera or Reggie and you’ve still got an amazing mountaintop of pinstripe immortality. Have at it. The Babe is the only lock. –CSF

This is really hard because the combined legacy of the Philadelphia and Oakland A’s looks high in the sky on a clear summer night. From Al Simmons, Eddie Collins and Mickey Cochrane all the way down to Vida Blue, Mark McGwire and Dennis Eckersley, the A’s have arguably the best total talent pool of any club. –CSF

Richie Ashburn was beloved first as a player and later as a broadcaster. He has to be on this list. —No Class Friday

I hear what Mr. Friday is saying, but it's tough to take any of these guys off the list. At the end of the day, Robin Roberts was the first great pitcher in franchise history and the best righty the town has seen for an extended period of time (Roy Halladay wasn't here long enough). Steve Carlton is the greatest pitcher in franchise history and arguably the best left-hander who ever lived. Shit, his nickname is lefty. Mike Schmidt was Brooks Robinson with 500-home run power, a perennial Gold Glover and the power behind the Phils' first World Series crown. And Chase Utley has been the engine of the best run in franchise history, helping lead the Phillies to just their second World Series title ever, becoming World Fucking Champions. There are others — anyone from the 1993 team, Larry Bowa, Brad Lidge, Jimmy Rollins, Ryan Howard — who will live on forever in Philadelphia, but the only glaring omissions are, as Dillon stated, Richie Asburn and his Hall of Fame broadcasting partner Harry Kalas — a non-player who actually was more synonymous with the franchise than a vast majority of its players. —Reverend Paul Revere

As a kid who grew up in St. Louis, it is tough to pull the Cardinal greats apart because it is kind of like picking which one of your relatives you want to keep or kill. But in the end, Gibby is the greatest competitor to take to the mound ever and Ozzie is the greatest glovesmith in history. Love him or hate him now, Albert was the best player on Earth for 10 years under the Arch, and Stan … well The Man will forever be the soul of the franchise, which means he is heart of the city. —CSF

No Rogers Hornsby? No Dizzy Dean? No Ducky Medwick? Did the 1920s and '30s not happen? —No Class Friday

Had my heart not being ripped from my body and my soul not snatched by The Baseball Gods in late-October of 2011 in St. Louis, Missouri during Game Six of the 2011 World Series, my Texas Rangers Mouth Rushmore would be different. Nolan and Pudge would still be on there, and Michael Young would have a strong case to remain. However, the fourth spot would have gone to another player during the 2011 run, either Nellie Cruz or Josh Hamilton who, ironically, are no longer Texas Rangers. Ah, what could have been, and yet another reason why CSF and I will never be friends. - Soul On Ice

Viva La Expos! The franchise’s brief stint in D.C. hasn’t wielded a star on the par of the best of club’s incarnation as the Expos of Montreal. Two Hall of Famers currently standing and hopefully two more to follow one day, the Expos were greater than they ever had a chance to live to be. —The CSF