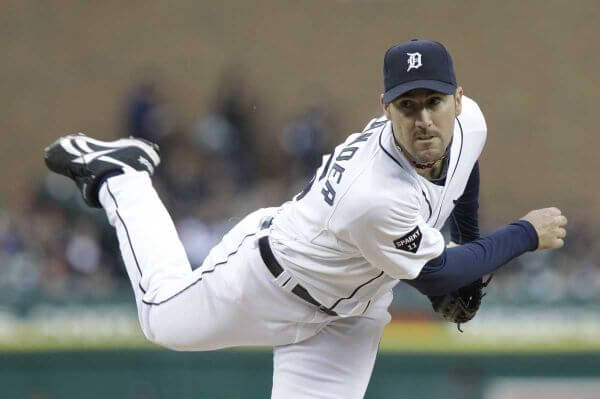 The Most Valuable Player award has long defined legacies in Major League Baseball. Who doesn’t remember the great Dolph Camilli, Jackie Jensen or Zoilo Versalles? In a similar vein, the 2012 candidates are establishing legacies of their own. In the National League, Ryan Braun is out to prove that he can kill the ball with or without performance-enhancing drugs. David Wright is reminding everyone that he still might be the best all-around player in the Senior Circuit. And Buster Posey has recovered from a gruesome leg break to carry a Giants club clinging to life in the National League West race. In the American League, 2011 MVP Justin Verlander could throw a no-hitter every start. Adrian Beltre, on the back of another impressive season, is stirring up Hall of Fame discussions. Robinson Cano is becoming an all-time Yankee, and Miguel Cabrera is headed for another top five MVP finish and maybe a triple crown.

But in a season of great change - with an extra Wild Card berth and the Nationals, Orioles and Pirates in contention - the top spots in each league are occupied by a 21-year-old wunderkind and a Pittsburgh Pirate. A lot can and will happen in the last month of the season. As of now, here are the top five MVP candidates in each league. 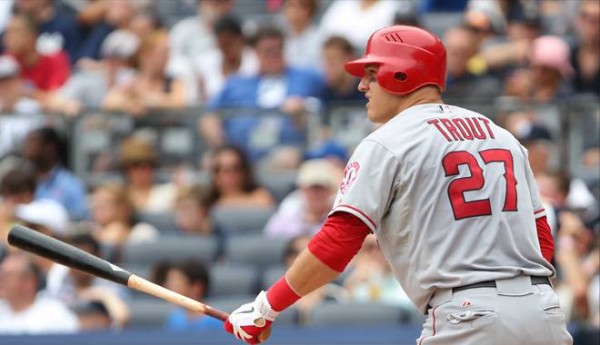 In 2011, Detroit Tigers ace Justin Verlander became the first pitcher since Dennis Eckersley in 1992 to win an MVP award. This year, he is doing his best to repeat the act. If his 2011 season was “The Dark Knight,” a masterpiece rarely seen from the genre (pitchers don’t win MVP’s), his 2012 is proving to be “The Dark Knight Rises” - nearly as good but not quite reaching the previous installment’s standard. Still, Verlander is the rare pitcher who could throw a no-hitter every time out. He goes through batters like Jim Leyland goes through Marlboros. One wonders where Verlander’s angst comes from. Maybe years of ridicule from graduating from Goochland High School inspired the pitcher. (I can only guess what their mascot might be.)

If you asked baseball fans in May what Texas Ranger had the best chance of winning the Most Valuable Player award, they would have responded with dumbfounded looks and silence. Back then Josh Hamilton had a personal vendetta against every pitched ball that entered his vicinity. Since then the only consistency in Hamilton’s game has been his tattoos. Meanwhile, third baseman Adrian Beltre is once again quietly putting together a splendid season. His bat is leading the Rangers to their third straight AL West title while he continues to play a gold glove third base. In the dog days of August, like Texas itself, Beltre is as hot as ever. Just last week he became the first player since Joe DiMaggio to have a three home run game and a cycle in the same week. If he hits in 56 consecutive games, marries Marilyn Monroe, and is featured in a Simon and Garfunkel lyric we might just call him the “Ranger Clipper.” Until then, Adrian will suffice.

If the MVP were given as a lifetime achievement award, Cabrera would certainly be a frontrunner. He has finished in the top 15 of the MVP vote for seven consecutive seasons including five top five finishes. This year Cabrera is mashing again. But the voting is a little complicated. Cabrera’s Tigers will need to overtake the White Sox in the Central division and the third baseman will have to prove that he is more valuable than his teammate Verlander. Miggy does have one thing going for him. The triple crown is within reach, only this time it’s his hitting and not three shots of his favorite whiskey. Even if the third baseman does win said triple crown, he’ll need the Angel Mike Trout to fall back down to Earth - and I’m not even sure Trout has come down from his J.J. Hardy catch yet.

Robinson Cano is fast becoming the American League’s best-hitting second baseman since Eddie Collins; in other words, the best second baseman since prohibition. His combination of power and average leads an offensive juggernaut. In addition to his hitting, Cano is one of the best fielders in the league as well. His 1.8 Defensive WAR is tops among AL second basemen. On a team long despised for its success and aging divas who date aging divas (looking at you A-Rod), Robinson Cano is a likeable aberration. He is the antithesis of teammate Nick Swisher’s braggadocio - a visibly humble star who goes about his business with class. Cano will likely fall short of the MVP (as everyone will in Mike Trout's season), but toast the second basemen for his effort because we can.

If Dr. J is the Fish that saved Pittsburgh then Mike Trout is the fish that saved Anaheim of Los Angeles. At the very least he is the better sequel, lest we forget former Angel great Tim Salmon. Actually, let us take a moment to exhaust all fish jokes. He’ll be around for quite awhile so the Trout jokes will become trite jokes pretty damn fast. Here goes. While other prospects have flopped, Trout has certainly made a splash. Trout has been anything but a fish out of water for the Angels. The Angels as a whole have floundered, but their centerfielder Trout has flourished, leaving opponents to swim in his wake. Done. No more. At the plate, Trout is a monster - he can hit with power to all fields. On the base paths, his stolen base record would make Jesse James blush. In the field, he has robbed a felonious amount of home runs while covering an awful lot of ground for someone eponymous with a fish (had to). The word most associated with Trout, though, has been Mantle - as in the place where Mike will put all of his trophies and the guy he evokes on the diamond. To paraphrase the great Ken Griffey Jr., everyone else in the AL “picked a bad year to have a good year.” 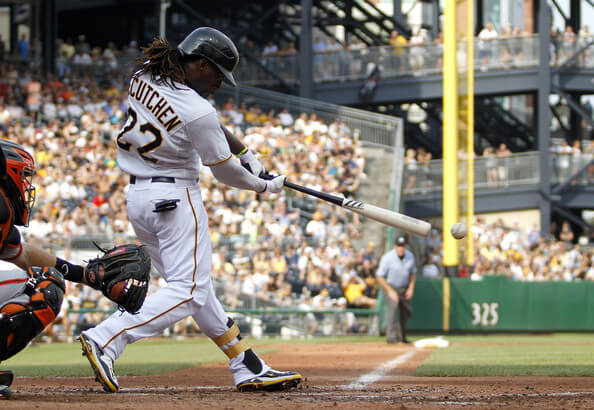 Let’s acknowledge a few things here. Joey Votto hasn’t played since mid July. Even if he plays all of September, the first baseman will barely crack 100 games played for the year. In the last 20 years, excluding the strike and pitchers of course, Barry Bonds’ 130 games played in 2004 are the fewest by an MVP. But consider this: Votto currently sits near the top of the league in walks, intentional walks and doubles despite playing in only 86 games. The Red is set to return very soon. If, and it’s a big if, he plays all of September he could finish 2012 hitting .340 with 20-25 home runs (he has 14 so he needs a big month) and an OPS greater than 1.000. Tell me those aren’t MVP-caliber numbers extended over a 162-game season. Add in that he’s the best player on a first-place club, and suddenly he looks like a somewhat legitimate candidate. I’ll rest my case while Joey rests his knee. Hopefully he returns and doesn’t make me look like a moron.

When Bernie made off with all of the Mets' money, he crippled the franchise on the field and embarrassed it off it. He was an MVP in his own right: Most Valuable Ponzi Scheme. Good thing the Mets built a shiny new ballpark to showcase all of their follies. But behind the pitching of knuckleball ace R.A. Dickey and the resurgence of All-Star third baseman David Wright, the team has returned to some level of respectability this season. Injuries led the Mets into a summer swoon, but Wright hasn’t stopped hitting. His 5.9 WAR leads the Senior Circuit. The third baseman is finally returning to his ’06-’08 level of play, a scary notion for all opposing teams. Handicap Wright as the leading candidate in 2013; he’s an also-ran this year.

Here’s a fun fact: Ryan Braun has six fewer MVP’s than Barry Bonds but one more positive drug test than the vilified home run king. Of course, the Brewers slugger beat the failed drug test on a technicality. This season the 2011 MVP is on a path of redemption, waggling his bat at the plate like it was his middle finger. He sits at or near the top of every important offensive category including home runs, RBIs, runs scored, OPS, slugging, batting average and total bases. The main difference between last year and this year, however, is that Braun’s Brewers fell out of contention long ago. Whether we like it or not, voters like to see MVP’s come from winning teams. As a result, Braun will likely finish out of the top two. Unless of course a FedEx employee misplaces all the votes for Buster Posey and Andrew McCutchen, but that’s an unlikely occurrence.

Everything is falling into place for the San Francisco Giants catcher to swoop in and win this award. Posey plays a premium position that gets preferential treatment in MVP voting. He’s faced adversity in the form of his team’s best hitter, Melky Cabrera, serving a 50-game suspension for PED use. He’s had a torrid second half while leading candidate Andrew McCutchen has struggled of late. If Posey’s Giants beat out the now star-studded Dodgers and McCutchen’s Pirates to reach the postseason, the award is the catcher’s to lose. Until then, he remains in a very close second place. But consider this statistic. Since 2000, Giants have won eight major individual awards (MVP’s, Cy Youngs, ROY), the most of any team by far. I would tell him to “break a leg out there,” but I don’t think the idiom is appropriate.

The effervescent Pittsburgh Pirate has restored optimism in a fan base that hasn’t witnessed winning baseball since 1992. Perhaps for that reason alone, McCutchen should take home the team’s first MVP since Barry Bonds. Despite an extended slump that has seen his average dip from over .370 at the All Star break to .345 as of this writing, McCutchen is still the leading candidate. His all-around offensive game (look at that stat line above) has inspired the once historically bad, anemic production of the Pirates to new heights. Now it appears that as McCutchen goes so too do the Buccos, a mark of an MVP. Both star and team are losing ground in their respective races - McCutchen in the MVP and the Pirates in the playoffs. However, a late charge out of the man Phillies manager Charlie Manuel appropriately (albeit unintentionally) calls “McClutchen” will earn Pirates fans a trophy come mid-autumn. It’s just not the one they last saw during the “We Are Family” days.

*All statistics courtesy of baseball-reference.com and current as of 8/28/12