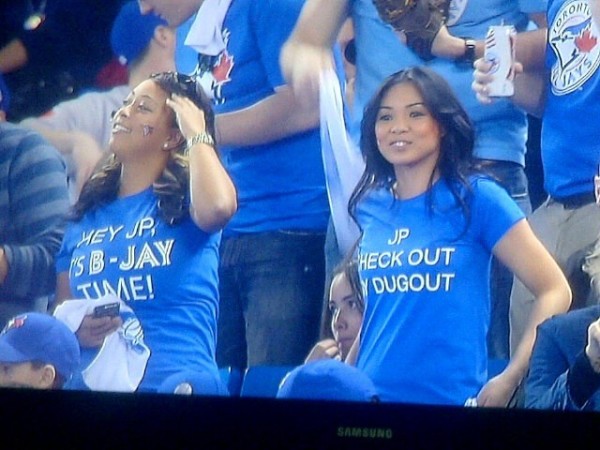 Even though the Toronto Blue Jays have been the most disappointing team in baseball this season, attendance and television numbers have been encouraging. Two years ago, the Jays were 25th in the league in average attendance, coming in at 22,445 fans per game. Last season, it increased to 25,921 per game, good for 23rd overall.  This season, with the enthusiasm in the city at an all-time high — or at least since back-to-back World Series in 1992 and 1993 — the team rolled out an aggressive marketing campaign. The local television network, Sportsnet, owned by the same company that owns the Jays (Rogers Communications), re-aired the 1992 and 1993 World Series in their entirety prior to spring training. The preferred social media hashtag for the Jays was #LoveThisTeam, something which quickly turned into #BlessThisMess after the team bottomed out at 10-21 in late April.

Despite the results on the field, this all appears to be working. The Jays are currently 14th in home attendance this year. The average crowd has gone over 30,000 per game. I've attended more than a handful of games myself, and even though the crowds are still sparse on a Tuesday night, the weekends have brought mostly sold-out crowds. Having been a fan of the team for years, and having attended games every year, it's certainly been a different feel in the stadium.

This improvement was highlighted in a piece over the weekend from The Globe and Mail titled "A new generation of baseball fans in Toronto are young, hip and cool". The article highlights a jump in attendance from the 18 to 34 age group, which is particularly important given that men over 50 made up 34% of the audience for the MLB All-Star game last week, the highest percentage ever. For comparison, men over 50 made up just 24% of the audience in 1993.

The takeaway from those numbers reflects something we already know: Baseball is struggling to capture the new generation of sports fans. So while the article focuses only on the Toronto fan base, it is an encouraging sign, especially in a city that has not seen a successful baseball team in almost two decades.

Except, to make the point that a trip to the stadium is fun again in Toronto, the piece decided to focus on three females who you would classify, at best, as casual fans. One of the women interviewed in the piece says that going to a game:

"is fun, like a concert. I'm not sure we're actually watching the game, to be clear. It's the best patio in the city, the best people-watching in the city."

Later in the article, the women admit that because the team is full of "good-looking guys," it's a more entertaining experience at the Rogers Centre. 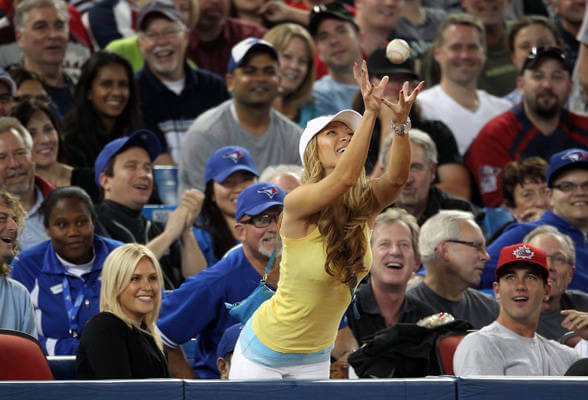 Now, nothing against casual, even the most casual, baseball fans. As a supporter of a sports team, I'm not necessary sure that I care whether it's 50,000 die-hard, knowledgeable fans or a bunch of fans (male and female) who prefer to just make it a social outing on a Friday night. At the end of the day, increased attendance means additional ticket revenue, and it has a positive trickle-down effect on other revenue streams (i.e., merchandise). All of that encourages the front office to be more confident and comfortable in putting more money into the team to increase spending at the major league level and also in bidding for international talent and the scouting department.

But to highlight the growth in attendance, the increase in the 18 to 34 demographic in Toronto, by focusing on this particular group of fans does a huge disservice to what's not stated in the article. First, there's an insinuation that these women reflect the female fan base for the Jays, that no one cares about the game but instead sees baseball and the team as just a backdrop for social interests, as another place to hang out. That is very much not true. I know, just off the top of my head, that there are a lot of female baseball fans who go to the game because they have a passion for baseball: Stacey May Fowles is one, Ruhee is another and I'm sure there are many more that I've not had a chance to meet.

Second, there are probably as many casual fans that are male at the game as females, and in recognizing the growing audience this year, the article neglected to mention that there's been a concern that as the fans are getting younger, a lot of them are causing trouble at the games. I sat in the outfield for a game during the opening home stand of the season this year. Behind me were two fans who were there to demonstrate their ignorance. Ignoring the fact that there were kids sitting all around them, they threw out every word every synonym for vagina at the Cleveland Indians bullpen. After five innings, they were removed from the section because they didn't have tickets there. In the sixth, I saw them take their new seats in the next section to continue their heckling.

So while the article wants you to think that it's great that the team's social media campaign and word-of-mouth have brought in a new generation of fans, not all of them are just there casually. In fact, many of them are ruining the experience for other fans. Also, casual fans are not just females. Take a walk around the beer stands in the stadium during the game and you'll see a lot of fans — male and female, of all ages — who are there to have a good time and could care less about what's on the scoreboard.

Yes, there does appear to be a new generation of baseball fans who have bought in to the Jays and their inevitable return to contention. And yes, if the team finishes this season out of the playoffs (likely) and continues to tread water next year (who knows at this point), these fans will go away. But let's not compartmentalize this new audience based on the experience of three female fans who like good-looking baseball players. The equation is not that simple here.