The Major League Baseball trade deadline is just over a week away, and in a season in which postseason spots are shaping up to be hotly contended for from every angle of every division, the push to become as complete of a team as possible for the final two months of the year is primed to be an intense one.

Yet despite the fact that so many teams are looking to either improve their footing for the pennant chase or strengthen their already high ground, the actual trade market has been slow to yield any movement yet. But rest assured as the days and hours tick off of the clock over the next eight days, the activity rate will pick up as the game of general manager chess begins to yield some moves. The pressure to stay with the curve will intensify, and the hot stove will begin to spill over.

In a market that has a diverse mix of big names, long-rumored sell-offs and strategic final piece types, there could be plenty of teams that look much different by the dawn of August.

So what will be the final outcome in this year’s trade wars? Here are the players that stand to create the most waves in the biggest fantasy-meets-reality week of baseball on the annual calendar, as the MLB trade deadline prepares to take control of the baseball world's headlines.

In the past few weeks, he has become the hottest property available due to a combination of him heating up again on the mound after a slow (by his standards) start and the Reds continuing to stay outside of competition in the NL Central. What also works in the Reds' favor for dealing their ace — who is due for a sizable raise when his deal ends after the year — is that it continues to be uncertain what Cole Hamels will cost to obtain. If GM Walt Jocketty sets a reasonable return expectation, he could make his guy the top (and most realistic) prize on the deadline market.

Hamels is only at No. 2 on this list because of how his availability has been handled over the past year. It is said that GM Ruben Amaro is asking for upward of two to three top prospects in return, which any team will balk at. Hamels is under control for another four years at $22 million per, so whoever makes a move for him has the security of knowing he’ll be theirs long term, which is a plus. So truthfully, the Phillies do not have to move him, but moving the 31-year-old lefty is their quickest way back to gaining multiple parts to rebuild their broken foundation. 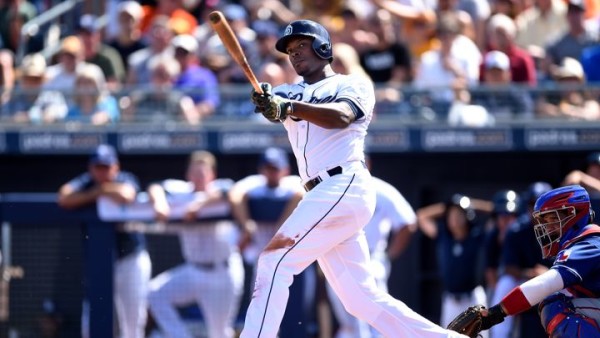 Of all of the top guys on this list, Upton is the most likely to be dealt. His contract expires after the season, the Padres are out of the race and he is due for a massive raise that will be outside of their budgetary abilities on the open market. Dealing him now replenishes some of the prospects they moved in their win-now movement this past winter.

The other most obvious option to move in Philly, Papelbon is another attractive piece for clubs that need to shore up their ninth-inning picture. The Phils' lone All-Star carries a heavy price tag, but that type of experience is worth it and shouldn’t cost too much of long-term loss in return.

Chapman only sees the market if the Reds deal Cueto and therefore go all-in on kicking off a mini-rebuild. It is that conditional availability that keeps him from not being in front of Papelbon, but if he is dealt, it would likely be at the cost of a number of top prospect types.

The Marlins acquired Latos as a “final piece” type of starter to headline their rotation until Jose Fernandez returned. But a slow start, coupled by the injury to Giancarlo Stanton, put them in the class of moving certain guys out to get ready for the future. Latos would bring back a solid haul of prospects (for the third time in his career) and be the best option for teams that need to get better on the mound but do not want to pay the Cueto or Hamels price.

After a horribly slow start, the Shark has begun to come back into form and pitch like he did late last year. There is a chance that he is dealt away as a hired gun and returns back to one of the Chicago teams after he hits free agency again. What’s more is that a return back to the North Side would make a lot of sense for the former Cub, who would be an instant difference-making presence in the Cubs' head-to-head battle with the Pirates in the middle of the NL Central.

The A’s will certainly sell, and Kazmir’s expiring contract is attractive as well. Knowing Billy Beane, he won’t ask for a top-tier prospect, just a package of second-level guys who are way better than anybody else knows right now. But for the time being, that will do just fine for a team looking to shore up the middle to back end of its rotation.

A speed-first, light-hitting lead-off type usually isn’t a pivotal presence, but Revere could be the spark plug a team needs to add a new element to its attack. He would be the easiest part for the Phillies to unload and should have plenty of suitors.

Defense, defense, defense and a dash of bat as well. A former Platinum Glove winner who can play every outfield position would be a welcome add for any team, and his days in Milwaukee should be numbered.

He has been surprisingly productive after falling into the abyss in San Diego the last few years. Maybin offers a rangy center fielder who won’t cost much to obtain. 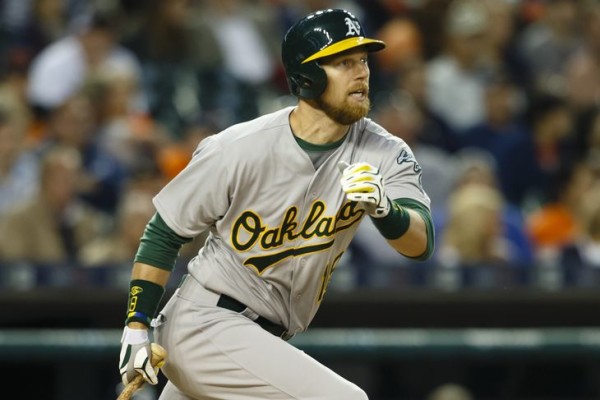 He was acquired to be traded, and the versatile Zobrist is beginning to come out of his season-long funk and produce by the Bay. He can help virtually any team due to his ability to contribute in the middle infield and corner outfield spots. He also has an expiring contract that is ideal for a team looking to go all-in for the short term.

An innings-eating, back-of-the-rotation type, Leake is dependable (30 starts in each of the past three seasons) and has an expiring contract as well.

Lind is a valuable trade chip due to the fact he represents a rarity in this year’s field: corner infield power. If the Brewers begin to sell, unloading Lind in a market that’s hungry for him could make for a strong return considering his relative true value.

The Phillies are going to have to decide just how much crow they are willing to eat on the remaining $72 million due to Howard through 2018 (baseball’s ugliest contract), but if they can find that balance and the right club willing to reach for the need, he could be moved.

He has already announced his pending retirement at the end of the year, so Ramirez is a guaranteed rental chip that has a minimal contractual impact. It’s the type of addition that any team looking to get solid everyday play at third base or add a bonus bat as a DH or bench depth should kick the tires on.

A veteran, All-Star bullpen arm carrying a one-year deal and could function as either a closer or a setup man with the same level of ease? Sounds good to me.

After an abysmal start, Kennedy has steadied out and gotten back to being the dependable (and sometimes underrated) arm that he has always been. For teams looking to shore up some innings and not give up a ton of top-tier prospects to do so, he’s a perfect match.

Carrying a powerful stick and an equally impressive arm, Bruce is an attractive option for teams not looking to find a player who changes everything about them on his own but raises the everyday potential of the team as a whole. If the Reds open up their doors, plenty of teams should come knocking for him.

Capable of playing third or second base with the same ease he takes to the outfield, Prado is like a poor man’s Zobrist. And as he has done in previous stops in Atlanta, New York and Arizona, Prado can fill any need instantly and contribute in a variety of ways. He's the perfect trade deadline acquisition for contenders that just need a bit more insurance (such as Pittsburgh, Chicago or those same Yankees he previously suited up for).