Perhaps more than ever, Major League Baseball is experiencing a more age diverse experience than ever before. Players are making an earlier and earlier impact, and such as is the much debated case of the Cubs’ Kris Bryant this spring, there are cases being made to make the game even more accessible earlier and earlier to its young stars. Over the past three years alone, there has been a teenage Rookie of the Year in Bryce Harper, Clayton Kershaw has amassed three Cy Young wins as well as an MVP by the age of 27 and the ever precocious Mike Trout won the American League Most Valuable Player at 23 last summer.

Yet the other side of the spectrum is well represented also, as the veteran contingent is still making a strong impact as well. Justin Morneau won his first batting title at age 33, eight years after winning the American League MVP in 2006. Victor Martinez finished second in the AL MVP race at 35 years old, while Adrian Beltre finished in the top five in batting, posting a .324 average at 35.

So what’s the tale of the tape here? It proves that the idea of a “prime” is real, and that if it is possible, always pay a guy a premier contract that can be escaped before his mid-30’s. Because it is equally as exceptional to be an early blooming elite talent (the youngest players on the list are 22-year-olds Harper and Jose Fernandez) as it is to remain at the top of the game late (a pair of Boston-based 39-year-olds David Ortiz and Koji Uehara head up the back end).

But it also proves that as diverse as the standings are, so are the players that make the engine go. Here’s the final countdown leading into next week’s top 10 finale of the top 100 baseball players of 2015. 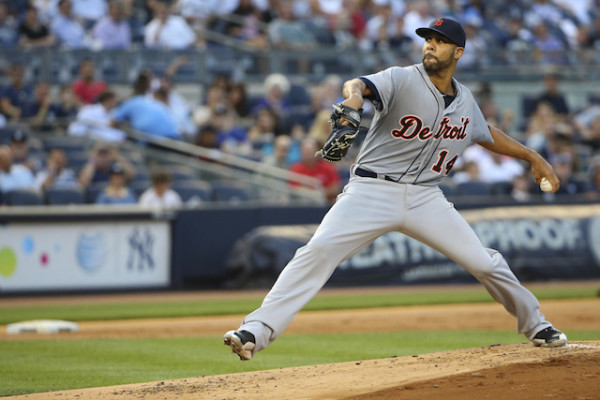 25. Edwin Encarnacion, Blue Jays: Only Miguel Cabrera has hit more home runs over the past three years than Edwin, although he has done so with far less fanfare. But he has hit the long ball with a stunning volume and frequency. Encarnacion tied none other than Mickey Mantle for most May home runs last summer, when he connection for 16 in route to his third consecutive campaign totaling 30. Combine that with his third straight year of finishing in the top 10 in RBI, and he is solidly — if not slightly understated — among the most productive players in the game.

24. Carlos Gomez, Brewers: He is one of the most multi-talented players in the game, having added a dynamic bat and speed element to his already elite defensive presence in center field. His ability to make an elite impact at the plate and on the bases has seen Gomez lead the NL in Power/Speed ratio the previous two seasons — a figure he has easily met due to his totals of 74 stolen bases and 47 home runs over the time span. Yet his excitable, in-your face nature also saw him be hit by the second most pitches in the NL last year as well, many of which certainly had vengeful intentions.

23. Craig Kimbrel, Braves: Atlanta’s closer has long since stamped his seal on the title of top ninth inning option in the game, and will likely see his value be at an all-time high for a Braves’ club in mid-rebuild mode. Regardless of their condition elsewhere, if they can hand Kimbrel a lead, it is a safe bet he’ll return it as a win. He has lead the National League in saves every year of his career, averaging 46 per summer while holding batters to a .152 lifetime average facing him.

22. David Price, Tigers: He could be the most sought after free agent in the game next winter, and for good reason. The 2012 American League Cy Young winner is coming off of one of his most dominant seasons, where he led the Majors in both innings pitched and strikeouts with 248 and 271, respectively. The latter number was the most K’s in a season by an AL left-hander since 1995.

21. Yasiel Puig, Dodgers: Puig dialed down some of his more erratic tendencies in his second season (slightly) and posted another fine all-around display that proved why is one of the most gifted talents the game has seen in a long time. In his first full season, Puig finished in the NL top 10 across a buffet of different categories, including batting average (.296 — 8th), on-base + slugging percentage (.863 — 6th), runs scored (92 — 8th), triples (9 — 5th) and runs created (106th — 5th). And mind you, Puig only turned 24 in December.

20. Jose Abreu, White Sox: What a debut it was for Chicago’s Cuban centerpiece. In route to a clear Rookie of the Year win, he put up an MVP-worthy effort as well. He became an All-Star and Silver Slugger winner, while leading the AL in slugging percentage as well. Abreu finished in the top 5 of each Triple Crown category as well, with a .318/36/107 split, and instantly became one of the most feared batters in the game.

19. Adam Jones, Orioles: He is firmly in the conversation for best all-around player in the game, as he has regularly put on display with his four straight years north of 25 home runs and a .280 average, with three Gold Gloves along the way as well. Yet Jones showed how truly valuable he is last year, by being a mainstay in the oft-injured Oriole lineup, pushing them to their first AL East title since 1997. In the past three years, he has missed a total of five games while making each All-Star team along the way and averaging 95 RBI and 31 home runs as well.

18. Josh Donaldson, Blue Jays: If there could be a measure given for making the most impact between the lines, Donaldson should be the rightful recipient of it. While he has posted impressive raw numbers totaling 191 RBI, 68 doubles, 53 home runs and 182 runs scored over the past two seasons, it has been the context he has contributed in that has been most impressive. With runners in scoring position, he has hit .317 and driven in 66% of his RBI. He has also become one of the most impactful defenders in the game as well, where has posted a defensive WAR figure north of four games impacted for the win by his glove alone as well.

17. Jose Bautista, Blue Jays: Joey Bats proved he was far from declining last year, and with a nagging wrist injury from the year before behind him, he returned not only to his previous form but also as perhaps an even more complete batter. He connected for 35 home runs, drove in 103 runs while scoring another 101, but also he upped his walks 104 while cutting his strikeouts down to 96. Along the way, Bautista made his fifth consecutive All-Star Game and took home his third Silver Slugger.

16. Madison Bumgarner, Giants: His performance in October will forever be remembered as one of the greatest stretches in baseball history, capped by him nearly single-handedly winning game seven of the Series out of the bullpen. Bumgarner’s epic 2014 saw him pitch in 47 games and post a 22-11 record over 270 innings, while striking out 264 and posting a 2.63 ERA. The NLCS and World Series MVP, who also finished fourth in the regular season Cy Young race, provided dominance in both quality and quantity.

15. Max Scherzer, Nationals: It is almost unfair to think that the Nationals, who already arguably boasted the best starting staff in baseball, will now add the most successful American League pitcher over the past two years to their ranks as well. But that is what took place when the 2013 AL Cy Young winner in Scherzer, who has won 83% of his decisions in route to a 39-8 record over the past two years, agreed to come to D.C. The overpowering righty will fit right into what could be a compelling, inter-rotation Cy Young race for the Nats hurlers.

14. Adam Wainwright, Cardinals: The owner of the game’s most eye opening curveball rode his signature offering to another huge season atop the St. Louis rotation in 2014. He finished third in third in the NL Cy Young race, posting a 20-9 record, with a career-best 2.38 ERA over 227 innings. It was the fourth time Waino finished in the top three of Cy Young race, and also his fourth season of at least 19 wins over his past five seasons.

13. Adrian Beltre, Rangers: The ageless third baseman continues to perform at a staggeringly high level, and one that has him moving steadily towards mention among the most productive third basemen of all-time. Beltre crossed over 2,500 hits for his career, while posting his third straight year of better than a .315 batting average. He took home his third Silver Slugger award in five years, and next up on his milestone march is 400 home runs, which he enters the season only 5 shy of. He stands to be behind only Mike Schmidt, Eddie Mathews and Chipper Jones for most home runs hit by a player who spent the majority of his career on the hot corner.

12. Chris Sale, White Sox: It is really unfair to face Sale when you put it all together. He bears down from his 6’6” frame and then breaks down to a deceptive slingshot delivery capable of high-90’s heat and a buckling curveball as well. The results of this are typically futile for batters against him: a 2.17 ERA and 208 strikeouts in only 174 innings due to two bouts on the disabled list. He finished third in the AL Cy Young race, his third straight year improving his final placement on the award’s ballot.

11. Yadier Molina, Cardinals: A knee injury curbed his offensive impact some from where it had been when he carried a .313 batting average from 2011-13, but he remained unblemished defensively. Molina took home his seventh consecutive Gold Glove a year ago, cutting down 48% of would be base thieves, allowing only three passed balls and guiding the Cardinal staff to a 3.20 ERA when he was behind the plate. He has entrenched himself as not only the premier defender in the game today, but arguably ever.