The summit of the mountain has final been reached, and it is time to conclude our ranking of the top 100 players in baseball of 2015. Over the past week, we have separated the cream apart from the cream in an effort to sort apart Major League Baseball’s elite from each other, and now here at the end, the task becomes its most difficult.

The reasoning for why it gets so difficult now is clear, and it mostly is what exactly makes a player “the best” when compared against another ballplayer that can make a legit claim to such a level. Is it raw skill? Being able to put on display such an awe-inspiring spread of talents that they are the type of player you pay money to see or set your DVR to capture?

Or is it a matter of recent accomplishments? If a guy wins MVP, does he have to be the best player for that given time by default? Or is it about the cumulative glory that goes into creating an esteemed career? How do you pit a guy that has dominated the game in recent years, but perhaps has been pushed harder and even surpassed in some areas that he dominated without question for years?

Who carries the most impact; an everyday player or an elite pitcher? This is the constantly debated argument, and one that shaped the National League MVP race last year, no less. Does quality overrule quantity and can a pitcher be impactful enough to eclipse the overall impact of a guy that brings his lunch pail to the field every day?

These are all elements that have gone into separating the other 90 players on this countdown, but is under no tougher scrutiny than it will be with the final 10 players to come. If accolades truly are the measuring stick, then value will nearly be at a gridlock still.

So as can clearly be seen, the getting has gotten good here at the end of the countdown. However, the debate on the big picture of who’s the best in the world today can now fully begin…

10. Troy Tulowitzki, Rockies: He was on pace to have one of the all-time great seasons at his position until he once again befell an injury that cut his season well short of its full length. But Tulowitzki remains not only the game’s far and away best shortstop, but also one of its most unquestionably elite talents overall.

His impact is more fitting for a first baseman or a corner outfielder, as his five years of 20 or more home runs prove. In 91 games last year, he hit .340, a pace that if he could have maintained would have led the National League by nearly 20 points. Now, if only we could ever see what he has to offer for more than half a season again?

9. Felix Hernandez, Mariners: The King made the AL his court yet again, and in my opinion was robbed of a second Cy Young nod. This is due in fact to the part that he was both dominant in quantity and quality, pitching 236 innings and allowing just over six hits per game along the way and posting the lowest AL ERA along the way as well at 2.14.

Reaping the benefits of the Mariners’ improved talent, he posted a six-year high in wins, as well as a six-year low in losses, while setting a new career-best with 248 strikeouts as well. The five-time All-Star will only turn 29 in April, and is shaping up to have quite an impressive prime he is stepping into.

8. Buster Posey, Giants: The most charmed player in the game once again found his year ending in the way it has more than it has not: raising the World Series trophy. A now three-time champion, as well as former Most Valuable Player and Rookie of the Year, Posey quietly turned in one of his most complete efforts in his accomplished career.

As the season progressed, the play of Posey picked up the intensity, hitting .354 in the second half of the year after being gipped out of an All-Star spot. Across August and September, Posey hit .364. Overall, he posted averages north .330 in three separate months and was the engine that drove the Giants to their late season heroics, yet again.

7. Robinson Cano, Mariners: He shocked the world when spurned the Yankees for the offensively stunting confines of Safeco Field, but Cano most definitely earned his keep in his first year as a Mariner. While his raw power numbers dipped, everything else he did was at its usual high standard. Robby bettered a .313 average, .380 on-base percentage, 185 hits, 35 doubles and 80 RBI for the 3rdtime in five years, all while pushing the Mariners’ postseason hopes into the season’s final day.

His presence has changed the culture of Seattle baseball instantly, and has continued to move his place up the all-time ranks of second basemen as well.

6. Paul Goldschmidt, Diamondbacks: All things considered, there is not a better all-around first baseman in the game today. An impressive blend of athleticism and power, Goldschmidt put on a fine encore to his MVP runner-up campaign of 2013, and in many regards was on pace to outdo it. When his season was ended early due to a broken finger, Goldschmidt had 39 doubles in 51 less games than he had posted 36 in the year before.

All in all, Goldschmidt has carried a .300 average over his past 1,000 at-bats and has added a Gold Glove as well. And while the D-Backs are amid a rebuilding effort, Goldschmidt is the type of talent that can single-handedly make them relevant on a nightly basis. And he will not remain the bridesmaid for that MVP forever.

5. Giancarlo Stanton, Marlins: It was a coming of age of all sorts for Stanton a year ago. Finally healthy, he put his unmatched power on display non-stop, leading the NL in home runs with 37, slugging percentage and total bases as well. In addition, he drove in 105 runs which finished second in the league and could have been even greater if not for an ill-fated Mike Fiers fastball that broke his jaw in the season’s final month.

Despite this, the Marlins showed no loss of faith in their prized property in the midst of his offseason rehab, as the club inked him to a $325 million contract extension, making him the highest paid player in the game’s history. The 25-year-old slugger was well worth the investment, and now has the Marlins primed to be a quick competitor this season.

4. Miguel Cabrera, Tigers: The game’s top hitter is coming off of a “down season” by his incomparable standards; one where he still finished in the top 10 of EIGHTEEN separate statistical categories. But all things considered, let’s keep everything in context here: he still wields the most dangerous, preternatural ability at the plate of anybody alive.

He crossed 100 RBI for the 11th consecutive year and finished third in the AL in the category again. The nine-time All-Star will surpass 400 career homers this summer, and should top 500 doubles as well; all at the ripe old age of 32.

3. Andrew McCutchen, Pirates: The rise of the Pirates from the depths of baseball obscurity has run parallel with the coming of age of McCutchen, and it is far from a coincidence that it played out as so. The 2013 National League MVP finds a new way to make a substantial impact every season, finishing in the top three for the league’s top award the last three summers. During that time he has carried a .320 batting average, along with a .405 on-base percentage, 26 home runs, 22 stolen bases, 35 doubles, 88 runs batted in and 184 hits per year.

Most importantly, over these past three seasons the Pirates have twice won a share of the NL Wild Card and are primed to continue on as one of the top contenders in the game this year, all in due credit to The Cutch’s rise to stand among the game’s best.

2. Clayton Kershaw, Dodgers: Every once in a while, there is a pitcher that is so dominant and so overwhelming that he simply transcends the lane that starting pitchers are confined to. And Kershaw has become so regularly dominant that there was no choice but to deem him his league’s Most Valuable Player, because quite honestly, the Cy Young simply is not enough anymore.

Kershaw turned in an all-time great performance on the mound in 2014, winning 87% of his decisions with a 21-3 record on a 1.77 ERA. It was a record-setting fourth straight year that he led the Majors in ERA, and over that time span he has won three total Cy Young awards, while finishing second for a fourth. The question of who is the best pitcher is one that is not worth asking at this point; start at #2.

1. Mike Trout, Angels: He’s barely 23 years old and has already made the question of who is the best player in the game an easy one to answer. TSFJ’s Face of the MLB made the mark due in part to the fact that he is an unparalleled talent that has repeatedly shown already in his young career that he can re-invent himself and focus his skill set to meet whatever role he is needed for in that given situation and do so at annually MVP-caliber level.

Last season, Trout’s ascension to MVP finally became undeniable, as he took the American League’s top player prize as he made a seamless transition from dynamic, top of the lineup presence, to devastating middle of the lineup power threat. He mashed a career-high 36 home runs, and drove in 111 runs and scored another 115, the third straight year he crossed the plate more than any other player. Along the way, he tacked on 39 doubles, nine triples, and swiped 16 bases as well, all good for a MLB-best 336 total bases. This effort helped to lift the Halos to an MLB-best 98 wins and confirmed his place as not only the most talented player by both the tools and results, but also as the most meaningful and diverse difference maker as well. In other words, as total of a package as could imagined. 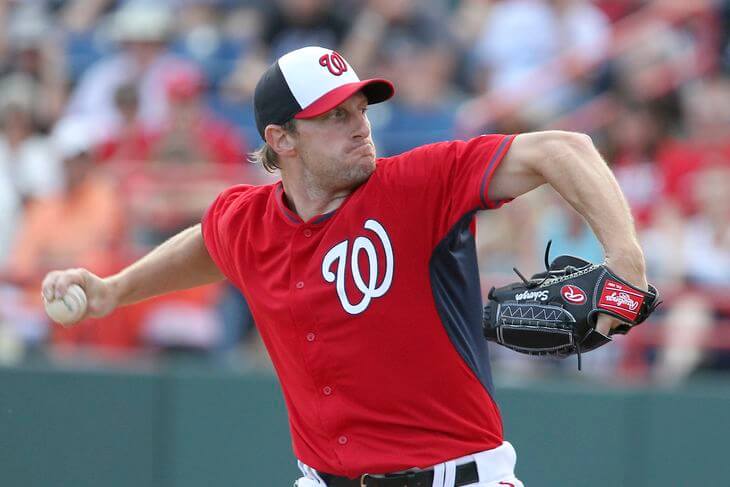 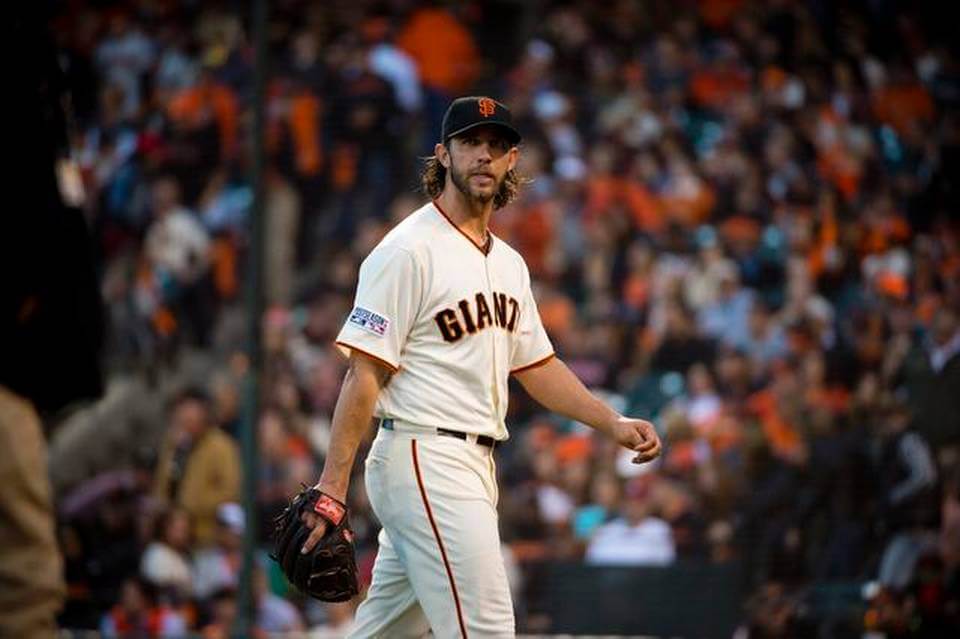