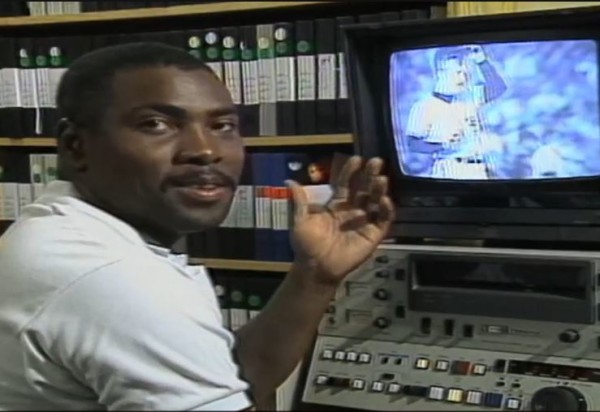 I'll remember Tony Gwynn as a man in my ballpark until my brain gives out. It's a shame I didn't realize it until after his heart did.

Gwynn’s dominance at the plate is well-documented. He hit, hit again and hit some more. Proof showed itself on the television screens. Highlights of his contact played on loop. Each pitcher seemed helpless. I don’t play baseball, and no one outside of a small circle knows who I am. Skill on the diamond isn’t our connection.

Craftsmanship links us. Attention to detail and endless pursuit of perfection pushed him. The obsession to beat one’s self sticks in my mind every minute.

We are similar creatures.

His death prompted tales about constant film review. Gwynn sat in front of a VHS player and critiqued each swing. He remembered the good ones and picked apart the bad. A title of great hitter wasn’t enough; he wanted to know the art of a swing. Each at-bat became a file. The compilation of notes helped him get better.

There are carpenters who stress over jobs they’ve finished. They lose sleep at night in fear they didn’t use the ideal lumber. Lawyers agonize for the man behind bars. A better-prepared case frees the client. A misplaced lyric forever haunts the songwriter.

Each profession provides a certain level of push and drive within its range. There are no young men with old souls who desire remembrance for half-assed efforts. We want to be our best versions. Some of us take the pursuit very seriously.

Yours truly covers sports. With full effort, the games are recorded and features written. Sometimes, it’s a badge of honor to see the work published. It can also cause pain.

One of the few things I care about is my craft. It takes up every ounce of my energy. My mind doesn’t shut off. It runs until the day ends and starts when the next begins. I am the consumer. Work I produce engulfs me.

My uncle works as a musician and entertainer. Long ago, he gave me advice, as he’s wont to do, just as I am wont to hear it.

“You’re only as good as your last gig,” he said.

Gwynn knew his last at-bat marked his second-most important. The next one would be more vital. Many professionals feel the same. But, “Mr. Padre” owned the drive to beat himself, learn the art and get better each day. Satisfaction is a hill for the seated man. The striver finds the next climb.

Out of torture, I go back and read old pieces every day. Narcissism doesn’t spark the routine. Drive does. I try to pick up details. Where is improvement? What techniques worked and can be accentuated better in the future? Did I maximize the words used? Which words need to be cut or changed if I edited it today?

The questions are endless even though I get more answers each day. I’m in a race against myself with the keys on my board. They call out to me and ask for my fingers. I oblige under the assumption their original form can be slashed, burned and tweaked until clean copy remains. Once I begin, the battles take places as my mind stirs. Don't put that word there, switch your structure, don't lose pace. I don't doubt the final product, but I'm left with the cries for words left on the shelf and a retrospective regret for others taken off. The fire burns forever. Nothing is good enough. I can always do better no matter the level of acclaim or success.

Payoff isn’t tangible aside from self-improvement. I don’t agonize over word choice on a field hockey game story because The New York Times will call if I get it right. I do it because I demand to find the route to maximum potential. Perfection’s impossible. The path to it is one worth a journey.

Gwynn stood a great hitter. He marched to an all-time hitter. He’s my brother in pursuit of a perfected craft.

When my fellow craftsman died, the fans saluted. We learned more about his unaffected desire for improvement. No average defined Gwynn. Personal satisfaction did. Talent only gets us so far. Work ethic helps push us along. Obsession with maximum effort creates great ones.

He squeezed every possible hit out of that bat. I try to get the most out of each word. He did it better, and just I hope I can do it well. A legacy built through fulfillment of potential is worth more than a name, title or award.

That legacy proved to be Gwynn's last gig. Damned if he wasn’t as good as it.

2 Replies to “An Appreciation For Tony Gwynn As A Craftsman”