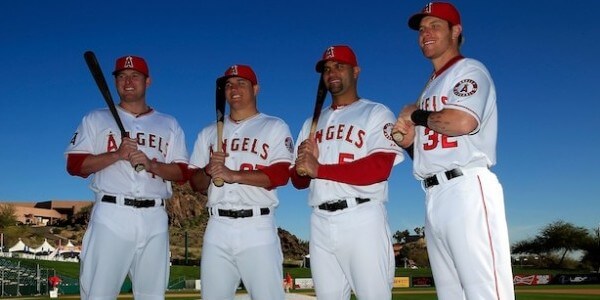 We are on the verge of the breaking of the sports spring, because next Monday is Opening Day for Major League Baseball. While there's no shortage of MLB season previews, predictions and prognosis' (we'll actually have our version of one here on Monday), it's time to properly observe the ten reasons to look forward to the first pitch of the spring..

From the usual array of trades, money grabs and scandals, there's certainly a lot going in the year so far. Whether you're the casual fan or the every day, every inning guy, there's something for everybody here. From highlights to low lights and predicts of everything in-between, here's what to look for starting on Sunday night.

1. Giancarlo Stanton in the Home Run Derby: The only thing that’s kept him from flying past 40 homers in his first two full seasons have been some untimely injuries, but let it be clear: there is no more gifted power hitter than the Miami Marlins’ right fielder. He’s only 23, and due to the purge of his club, he won’t see too many chances to rake this season, but he could own the soft toss competition at the All-Star Game in New York this upcoming July in a way not witnessed since Josh Hamilton’s probate party.

2. Stephen Strasburg unleashed: The kid gloves are off, and after his forced departure from the 2012 race (which probably cost them a series win), he’s back with no restrictions. In his first “full” season last year, he issued strikeouts without prejudice (197 in 159 innings). With an extra month at the same level, it could get ridiculous.

3. And now for an Encore: There’s a guy by the name of Mike Trout that plays in LA that’s really, really good. Matter of fact, he was so good that even though his team missed the playoffs, there was a legitimate gripe that he should have won MVP over a Triple Crown winner, still. However, it’s time for the sequel season, and the expectations have never been higher for any 22 year old. Although he's joined by Albert Pujols and Josh Hamilton in what could be the most exciting lineup in baseball, the eye of the league will still follow his every (and many) steps around the diamond first.

4. The Money versus the System: The Dodgers have been doing more than cutting the checks; they must be printing the money. They handed out over $150 million this winter without flinching, all in effort to (create their own fantasy baseball team?) chase down their biggest rivals…who happen to be the World Series champions. So what will play out west: the chemistry of the San Francisco Giants or the marquee attraction of the Dodgers All-Star lineup?

5. The War in the East: The American League East is always a gauntlet, but what’s in store this season is flat ridiculous. There’s the Yankees going all in on what could be their last push at the top, momentum’s darlings from a year ago in Baltimore, the Rays with baseball’s best at maximizing talent, Joe Madden, the new look Boston Red Sox and to cap it all off, the biggest facelift of them all in Toronto makes their home here as well. This division could realistically be decided, from first to fifth, by about five games. 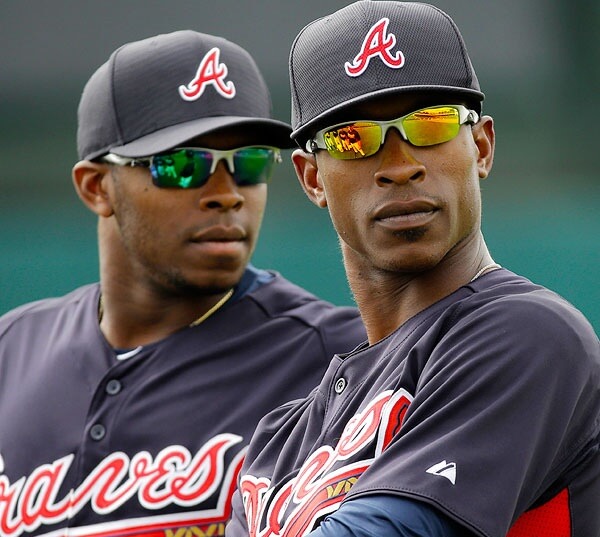 6. The Brothers Upton: The novelty of BJ and Justin coming together was always there, but the reality is going to be fun to watch. They give the Braves two legit 30 homer/30 steals threats in their outfield, and will be potentially the most exciting team since the 1980’s “Whiteyball” Cardinals.

7. Astros, how low can they go? There’s no doubt about who the worst team in baseball is, it’s just a matter of how bad they’ll be. The American League’s newest tenants will break camp with a team that makes less than 17 players do on their own.

8. Can the Pirates beat the streak? The last two years the Pittsburgh Pirates have played two very strong halves of baseball. Only problem is they that they both were first halves, that proceeded epic fall offs in the second part of the year. With Andrew McCutchen getting stronger and stronger, they are getting closer to kicking their epic 19-year losing season streak off of them. Is ’13 the turning point?

9. Is this it for the Yankees? With Derek Jeter in the last year of his deal, Mariano Rivera in the last year of his career, and both returning from injuries, the core is already shaky. Mark Teixeira could be go out for the year with a shaky wrist. Then add in Kevin Youkilis, Curtis Granderson, Ichiro, Hiroki Kuroda and most importantly, Robinson Cano, all in the last year of their deals (not to mention the shadow of A-Rod getting darker and darker), there will be some sweeping changes coming to the Bronx. Will they be able to hold on to enough of their core, or is this the end of an era in Pinstripes.

10. We Get To Watch Miguel Cabrera Hit Again: He won the Triple Crown last season, and it was perhaps his worst personal effort in the last three years. Over that time, his average year breaks out as a .334 average, 37 homers and 123 RBI on a ho-hum year by his standard. Yeah, that’s pretty stupid. There’s nowhere to throw that isn’t a risk, and he can’t be pitched around because Prince Fielder is there behind him.