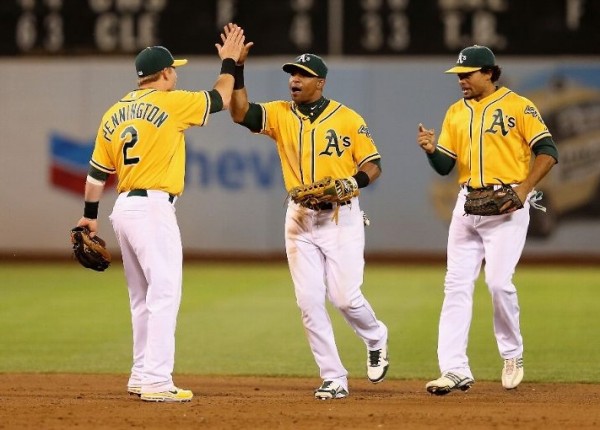 Baseball’s October dramatics went into overdrive in game 162 last year, but this season they just couldn’t wait that long. Last night in game 161 around the league, the A’s dramatically pulled to a tie in the American League West, while the Orioles continue to refuse to ease off their shove on the Yankees for the AL East crown.

Meanwhile in Detroit, Miguel Cabrera pulled completely apart from the pack to be the sole presumptive owner of the first Triple Crown in 45 years, with a game to play that means nothing for his club. Will he fight the final round or no?

Over in the National League, “all” that’s going down is a tie for the best record in the league with a game to go, as well as a final Wild Card spot that wasn’t decided on the east or central time zones until technically the same day the rest of baseball’s regular season business is handed.

Since the last MLB Momentum Meter, a few teams fell off the map. Rest in relief, Milwaukee Brewers, Los Angeles Angels and finally, the Los Angeles Dodgers. Your contributions to the drama of the year are appreciated but have run their course. All the playoff teams are set, but business is far from finished.

Due to one slight change in the schedule, say what you will, but Major League baseball has become home to the most exciting regular season close in all of sports two years in a row. I smell a trend forming, and here are the squads at the forefront of the encore leading into yet another several huge do-or-die days of our national pastime.

Readers, is your team poised to make a playoff run? Or have those playoff hopes faded to the abyss? Let us know your thoughts, and keep up with our baseball commentary throughout the 2012 MLB playoffs.