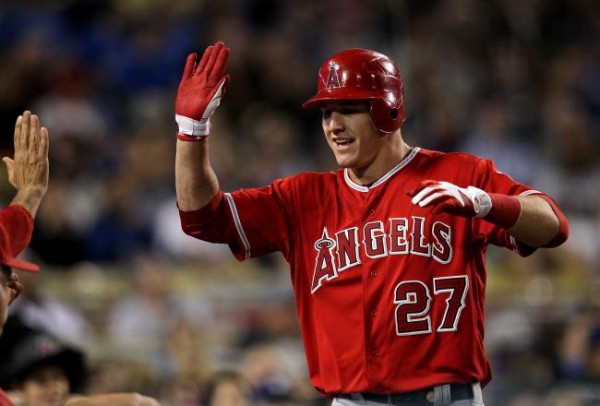 The anchor is getting lifted on the All-Star break in Major League Baseball today, and the opening act of the summer is over. The pre-All-Star break is always entertaining and gets the scene warmed up and ready, but the real season starts today: the push for October.

There’s no shortage of drama coming into play now. With the bump provided by the extra Wild Card spot in play, there’s nine teams in the immediate competitive picture, sitting three games or less outside of a bid for the postseason, not to mention the six division leaders and four Wild Card clubs. There are the shock squads of the spring and early summer such as the Washington Nationals, Pittsburgh Pirates and Baltimore Orioles trying to pull off what seemed impossible last winter and seal a trip to playoffs. The trade waters are getting ready to take off, with Cole Hamels, Justin Upton, Zack Greinke, Huston Street and a handful of Cubs all potentially on their way to new homes for the last few months of the year. It’s getting real, and it’s not wasting any time coming together.

However, before all that kicks off, respects have to be paid to those who are showing out early. It’s time to take a look at who would notch the game’s top honors before the year hits unpause. And in a fashion that’s the theme of the baseball year, the majority of the honorees are all cases you’d never have seen just a few months back. Let the momentum kick up another notch seeing if these players can hold serve and finish the deal for themselves and their clubs.

Much respect to Ryan Cook in Oakland shutting games down, as well as Texas sensation Yu Darvish, but this one isn’t even close, so we won’t waste time discussing why … yet.

Until further notice, he’s got this tag on lock. While he’s lost a few wins due to circumstances beyond his control (namely a very suspect early-season bullpen), the defending MVP/Cy Young winner is still throwing his same “best in the universe” stuff and carrying an even heavier load of the Tigers success than last year. He was one out away from yet another no-hitter, and with this much season left, there’s more than enough time for him to finish that road yet again in ’12.

Both Chris Sale and Jered Weaver have shown out as well.

Full respects to Robinson Cano and Josh Hamilton for putting their teams where they should be, as well as to McCutchen’s full-team inspiring act. But no player in recent memory has sparked a team back to what it should be than Trout has in L.A. While the Albert Pujols, Jered Weaver, Dan Haren, Mike Trumbo and C.J. Wilson-led Angels sat rudderless and in last place on April 28 when he was called up, the 20-year-old shot them out of the same cannon he uses to blaze on the field. He’s leading the AL in average and stolen bases, at .341 and 26 respectively, and is on pace for 49 steals with 23 homers despite missing the first month of the season. Initially he was the less hallowed rookie of the summer next to Harper. Now he’s in place to be the first debuting guy to win the MVP and Rookie of the Year since Ichiro in 2001. 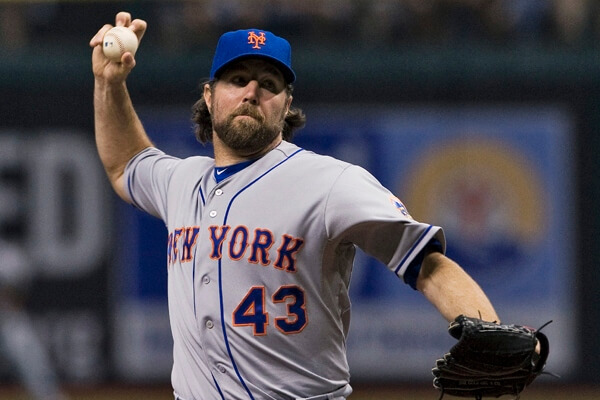 There’s always that one guy that goes from the brink of riding buses across the south to brushing arms with All-Stars. This year’s edition of that guy is Arizona's Miley, who’s steadied the boat for both a beaten-up and underachieving staff. He’s the owner of the only winning record on a team that won the NL West last year.

Bryce Harper is hot on his heels, and Yonder Alonso is having a quietly solid year in San Diego.

I mean, there’s really no shortage of reasons why it’s Dickey. He’s leading the league in wins, has only lost once, tossed back-to-back one-hitters and is doing all of it with a knuckleball. Although he’s not throwing a traditional one (his hits the mid 80s … which is ridiculous), it’s still a knuckleball and it’s jumped the fence from the standard frustrating to a level of hopelessness that is usually reserved for the best fastballs in the game.

Props to Matt Cain and Stephen Strasburg as well.

If last season was the coming-out party for McCutchen, this year has been the equivalent of Project X for the dynamic fourth-year centerfielder. He led the NL in batting in the first half at a .360 clip and also has the most total bases in all of baseball including 18 home runs, 17 doubles, 5 triples and 14 steals. What’s most important however is that he repeated his act of pulling the Pirates toward the top of the NL Central again, and he has them primed to stay in the neighborhood to the end. If he keeps up this pace, it’ll mark the fourth consecutive year that an NL Central guy is in position to take the league’s MVP, following Ryan Braun, Joey Votto and Albert Pujols back to 2009.

Not too far off are Votto and Carlos Beltran (both of the NL Central as well).

There's the list. Who's your mid-season MLB award winners?