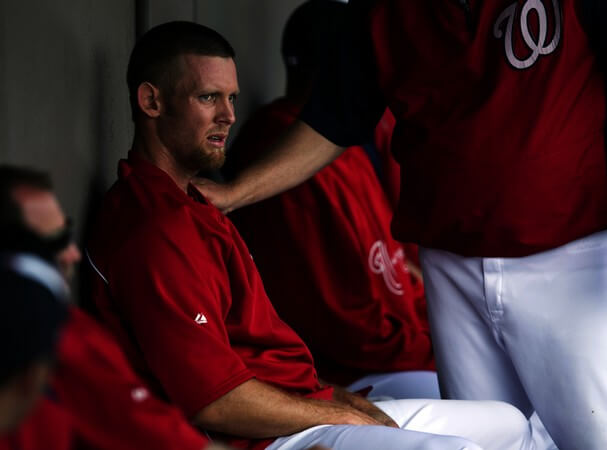 It's rare, but sometimes you don't want to go on vacation, especially if you have done nothing to deserve it. Every year, there’s the cry for who should have made the MLB All-Star Game and who made it that should not have. The fact of the matter is that even with 34 initial spots, there will always be at least a team’s worth of guys who were overlooked and some with no clear reason why.

Here is a look around both leagues for a best of the not quite best who are currently left looking in at next week’s All-Star Game. While there are still chances for replacements to be pulled into the game, due to injuries and unavailable pitchers, not even the MLB betting odds could determine who's in the game. This is for the guys who were not even given a second chance via the Final Vote spot, which allows the fans to pick a final selection to each league. No, these are the truest outsiders in the game, and a few that have given a lot more answers than there were even questions for.

Last week, we talked who deserved to get picked the most. Now it's time break down who deserves a missed call, at least.

Catcher—Carlos Santana, Cleveland Indians: Catcher hasn’t been deep in putting out much offense this season, but Santana has been a steady contributor to the surprising Indians' start. His 40 RBI are second among AL backstops, and his .373 on-base percentage is 12th in the league overall.

First Base—Anthony Rizzo, Chicago Cubs: First base is a tough position to crack every All-Star season, but if the Cubs were to have any player tacked on to to game, Rizzo would be a great option. He’s got the type of pop to win the Home Run Derby and offers an early look at a young talent that’s going to make a difference for a while.

Second Base—Howie Kendrick, Los Angeles Angels: Somebody was going to bite the bullet at second base in the AL, and I hate it had to be Howie. He’s hitting .312 and is eighth in hits in the league, while being the steadiest offensive threat for the Angels not named Trout.

Third Base—Josh Donaldson, Oakland Athletics: On first look, it seemed like Evan Longoria was the biggest omission from either roster, but then it becomes clear that he isn’t even the biggest glance over at his own position. Donaldson is the biggest contributor for the first-place A’s this year, hitting .319 with 58 RBI and 23 doubles. He’s more deserving than anybody on the Final Vote ballot and parts of the regular selections. Even though Miguel Cabrera and Manny Machado had their names carved in stone to hold the position down, something could have been arranged to get him a flight to NY next Sunday night.

Shortstop—Ian Desmond, Washington Nationals: The numbers game did him in the worst. Troy Tulowitzki rightfully won the vote and Jean Segura is having a huge year, but the mandatory Padre pick (Evereth Cabrera) forced him out, despite that he’s a having a year that would make him a starter if he played in the other league.

Outfield—Jay Bruce, Cincinnati Reds: Outfield is crowded in the NL, but Bruce is third among all NL outfielders in RBI, is still a crazy good defender and could be a one of the players, period, who has the best effort overall when the dust settles in October.

Outfield—Starling Marte, Pittsburgh Pirates: Andrew McCutchen is the best of the bunch in Pittsburgh, but Marte has been the most consistent presence in the entire Pirates mix. He’s second in the NL in stolen bases and actually has more hits and just as many home runs as his more popular teammate in the outfield.

Outfield—Jacoby Ellsbury, Boston Red Sox: The game’s best speedster somehow got missed, which could be understandable, because he doesn’t stay on the field for long. His 36 steals lead all of baseball for the AL’s best team, he’s hitting over .300 and has an MLB-best seven triples as well.

Designated Hitter—Adam Dunn, Chicago White Sox: Now, it’s not usually policy to take anybody that is barely hitting .200. But the greatest feast or famine hitter, maybe ever, has spit in the face of the norm again. Dunn has turned it on to the point where only Chris Davis has more home runs than him.

Pitcher—Stephen Strasburg, Washington Nationals: The 5-6 record isn’t too sexy, and the 106 strikeouts put him a distance outside of the league top 10, but if context is your friend, Strasberg is your Thunder Buddy. He’s sixth in the NL in ERA (2.45), hitters are only putting up a starved .209 average against him and he’s only lost twice in the last month and a half.

Reliever—Grant Balfour, Oakland Athletics: Not sure what else Balfour was supposed to do to get the call to be among the league’s elite. He’s the most important pitcher on the AL West’s best team and best reliever in baseball this year (23 chances, 23 saves), so you'd think his card would be punched. He's been perfect at his job thus far, to the point where he's about to become the answer to an impressive trivia question because of it.