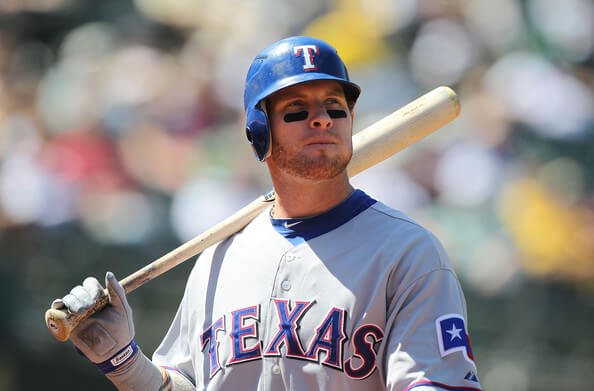 Well, it’s finally here, that part of the summer where the major team sports world is a one-trick pony. It’s the heart of the summer, also known as BASEBALL-ONLY SEASON. The NBA has drafted and Hard Knocks is months off. Now I am not naïve in the slightest, for I know that stretch of the year seems like Death Valley for a lot of sports fans. The NBA and NFL are big business/high interest. Life without them seems unbearable for some, and Sportscenter has the value of a high school Earth Science film on the marsupial mating rituals.

However, there are the brave few that need sports no matter what. It’s what makes their blood boil, and ESPN is the only channel they really know. For those folks who adapt as the year goes on, I gladly welcome you to my paradise on earth that is known as MLB-only time. For me, the season never really ends, but in actuality it’s just now hitting its stride and the story of the season is beginning to write itself as the halfway point is upon us.

So have no fear if you are late to the party, I’ve saved a seat for you. Here’s what’s happened and happening in Major League Baseball’s 2012 offering, as well as what could be on deck to come. If you pay close enough attention, you just may keep watching well after those other leagues have gotten back to whatever it is that they do.

There are still 30 teams in 24 different cities. The St. Louis Cardinals won the World Series last October, Albert Pujols plays in LA now, the Red Sox and Yankees still really hate each other, and when the clock turned over 2012, it officially ushered in 106 years of World Series-less time for the Chicago Cubs. Now that the table is set, let’s get you into the main courses thus far:

The Texas Rangers are still really good. Actually, they may be better than ever, which is amazing to ponder considering for the second straight year they lost an All-Star, ace pitcher (Cliff Lee in 2011, C.J. Wilson in 2012). But they are propelled by the best lineup in baseball, one that fields potentially six everyday All-Stars, led by Josh Hamilton, who is off to an unreal start and is looking every bit like a future $100 million man this winter when he meets free agency. That’s one loss they may not be able to stomach.

The National League is a lot different than when you last looked. None of last season’s division winners are in first place. The Phillies have spent much of the first half in last place actually, with $25 million parked on the disabled list between Ryan Howard, Roy Halladay and the recently returned Chase Utley. And they are not alone.

The World Champion St. Louis Cardinals haven’t struggled quite that much, but they’ve been horribly ravaged by injuries as well, with Lance Berkman not notching a month's worth of at-bats yet and Chris Carpenter having not even thrown batting practice. The Brewers have not been able to replace Prince Fielder, and the Diamondbacks haven’t had that same magic that made them the biggest shock of the division champs in all of baseball a year ago. 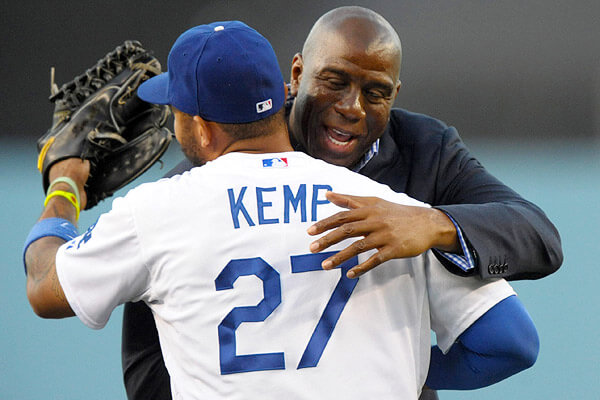 Magic Johnson bought the Dodgers. Yeah, he’s really the king of LA. And Matt Kemp is still really, really good. The Dodgers are the team that’s trending the most upward of any in the game.

In the Bronx, Mariano Rivera tore his knee in half and is gone for the year, but promised to be back by next summer. Somehow, Andy Pettitte unretired and Derek Jeter is playing like there’s a two that starts off his age, not a three with an eight following it.

The White Sox, Orioles, Nationals, Mets and Pirates have been a lot better than expected.

The Tigers, Angels and Marlins … not so much.

There have been TWO Perfect Games thanks to Phillip Humber of the White Sox and Matt Cain of the Giants already. Toss in three more no-hitters already as well by Jeff Weaver, Johan Santana and an ensemble offering from the Seattle Mariners.

R.A. Dickey has been the best pitcher in baseball for a stretch this season, throwing nothing harder than 85 mph. The knuckleballer has baffled hitters into leading the National League in wins, strikeouts and innings pitched, and even threw back-to-back one hitters.

Jose Bautista still is on a fire that’s been burning for three years now. He’s on pace to hit over 50 homers again, and it’s trending up.

Joey Votto is on pace to hit the most doubles ever, and also to become the best first baseman in the game by summer’s end.

Carl Crawford, Ryan Howard and Manny Ramirez are not.

Albert Pujols started off so bad that it barely even made a thud. And now he’s having an old “Forgot About Dre” style start to the hot part of the calendar. At the end of April: .217, 0 home runs, 4 RBI. End of June: 12 homers, 44 RBI and hitting .353 over the last few weeks. May want to kill those funeral plans there. Plus, he’s bringing the Angels with him.

Bryce Harper gets the most headlines, but Mike Trout may be the best rookie since Pujols and Ichiro took on baseball like they’d been playing it for 10 years already in their debuts 11 years ago. He’s only leading the American League in hitting and steals, despite not being old enough to buy a beer where he works.

That’s what’s happened and happening, but here’s what you’re showing up just in time for …

The All-Star Game is in two weeks and may be the most best one in years.

The National League East will be a 5-out-of-5-team race into September.

The Yankees are still the Yankees, but the Red Sox and Rays are getting healthy.

Kevin Youkilis switched his Sox from Red to White. Cole Hamels, Matt Garza, Ryan Dempster, Zack Greinke and Shane Victorino are all big names that could be following suit soon.

And in the spirit of making it interesting before we’re done here, the Yankees, Tigers, Rangers, Braves, Cardinals and Giants will win their divisions.

Now, hopefully you can fill the blanks between everything that leads up to that. No matter how long you have, or haven’t, been around the horn this summer.