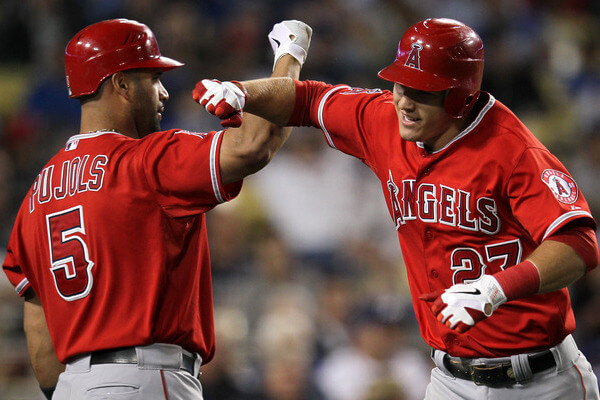 It’s tough to do an intro to the very best of the game and just why they are, so I won’t bother. The credentials on the best of the top 100 players in baseball are below and speak for themselves. But just to quantify why they are who they are, this is a rundown of just what they have accomplished along the way:

All things considered, they’re worth it. It is a level where 30 home run seasons are answered with “What’s wrong with him?” instead of congratulations for the effort. Where if they give up a home run from the mound, there’s legitimate shock. It’s also a place where there’s constantly someone else pushing you, where an injury or simple down year (by their standards) gets them seen as having a “bad” season. Dominance is what it takes to get to this level, but answering expectations, repeatedly, is what it takes to stay here.

Here’s the 10 best in the world at doing just that. For now at least … 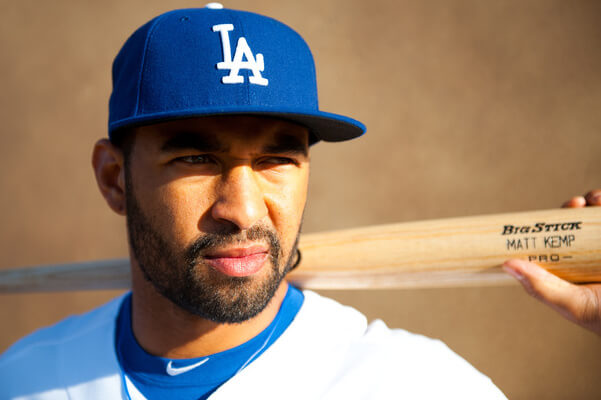 10. Andrew McCutchen-Center Field-Pittsburgh Pirates: The Cutch nearly became not just the undisputed man in Pittsburgh a year ago, but nearly all of baseball. His tear through the first half landed him a starting All-Star gig and firm placement in the MVP race. While the Pirates faded in the second half, he still led the National League in hits with 194 and set other career highs in home runs (31), RBI (96) and average (.327), while also topping 20 stolen bases for the fourth consecutive year.

9. Albert Pujols-First Base-Los Angeles Angels: He had a down year in 2012, hitting “only” .285. But for the unmatched historic standard he set for himself in his first decade in the game (posting averages of 40 homers, 121 RBI and hitting .323), it’s understandable why  a career-low 30 home runs is frowned at. He’ll pass 500 home runs and 1,500 RBI in his upcoming 12th season and remains the most devastating first-base bat of all-time.

8. Joey Votto-First Base-Cincinnati Reds: For as good as Pujols still is, Votto's all-around game has edged him to top of the first base heap. He hit 44 doubles before being curbed by a knee injury in July, which landed him 24 off of setting a new record, despite missing two months. He’s a line-drive hitting terror with a .313 career average and has led the NL in on-base percentage for the past three seasons. As testament to his steady approach, he has only popped out 10 times in his career.

7. Matt Kemp-Center Field-Los Angeles Dodgers: If not for a hamstring injury that sent him to the disabled list for the first time in his career, Kemp was set up for another tear through the summer. He launched 12 homers in April alone before the injury and still rebounded to hit a respectable 23 on the year despite missing 50 games. Consider that to be a glimpse of what could have been for the man one year removed from 39-homer/40-steal 2011.

6. Clayton Kershaw-Pitcher-Los Angeles Dodgers: It’s frightening that he is only 24 years old. A year removed from a Triple Crown, Cy Young season, he posted another elite effort in 2012. Over the past two seasons, he has struck out 477, while hitters have managed only a .215 average against him … for his career. He has won the last two National League ERA titles, and his 2.79 career mark is the best of all active pitchers. 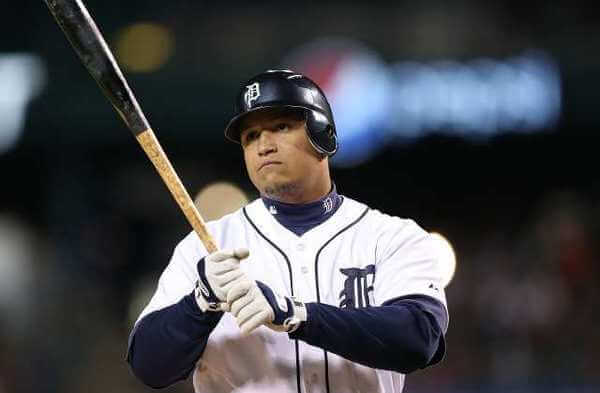 5. Robinson Cano-Second Base-New York Yankees: By far the best second baseman in baseball, he has claim to the most balanced player in the game. He hit over .300 with 190 hits, 100 runs, 25 home runs and 40 doubles for the fourth consecutive year, adding in a 23-game hit streak as well. He highlighted this effort by nearly singlehandedly keeping the Yankees atop the AL East in the last week of the season, hitting .615 with three home runs and 14 RBI in the season’s last 10 games.

4. Mike Trout-Center Field-Los Angeles Angels: While he has barely played a full year’s worth of MLB ball, considering him in the conversation for best in the game is far from a reach; it’s just a matter of time. After not being promoted until May, he tore through all of baseball, leading the AL in hitting for much of the season. In the end, he “settled” in at second with a .326 average, but added on 30 home runs, 85 RBI and league-leading totals in stolen bases (49) and runs scored (129).

3. Ryan Braun-Left Field-Milwaukee Brewers: The most consistently, overall dominant offensive presence in baseball - from the plate to the base paths, there’s nothing he can’t do. In becoming the runner-up for the NL MVP a year ago, Braun produced a season even better than the one that landed him the honor in 2011. He hit a career-best 41 home runs and passed both the .300 average and 187-hit marks for the fourth straight season. For good measure, he stole 30 bases and led the NL in runs scored as well.

2. Justin Verlander-Pitcher-Detroit Tigers: The question about the best pitcher in baseball starts at #2. Over the past two seasons, he’s gone from awesome to unbelievable, winning 41 games, striking out 489 and throwing nearly three no-hitters (he settled for two after a third was broke in the ninth inning last year). He has won 75% of his starts, finished in the top two for the last two Cy Youngs and in the top 10 for the MVPs as well, taking home both in 2011. And for good measure, he tacked on a 24-inning scoreless streak through the 2012 AL Playoffs, to show he’s no quarter horse.

1. Miguel Cabrera-Third Base-Detroit Tigers: The American League MVP’s first-in-45 years Triple Crown win is the headline, but the whole body of work is even more staggering. Since arriving in Detroit, his average season features a .323 average, with 120 RBI and 38 homers, all while appearing in 158 games a year. The move from first to third base was smoother than expected and did not affect his bat at all; he led the AL in batting for the second consecutive year.

Basically, there’s nothing more that can be asked for from the 29-year-old slugger, who’s Triple Crown effort was the first undisputed Crown (without a category tie) since 1966. He joined Lou Gehrig, Hank Aaron and Pujols as the only players in history to drive in 1,000 runs before their 30th birthday. Cabrera has something else in common with that group as well: he isn’t just in the moment great. His exploits will be talked about in 50 years still as well, with just as much reverence.