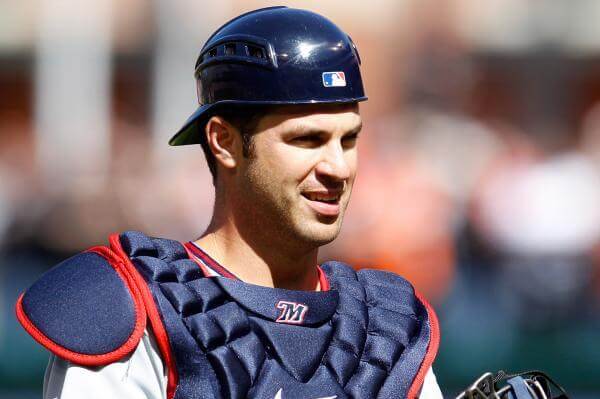 [Rev note: Spring training is upon us and the 2013 MLB season right around the corner. With that, our own Matt Whitener is counting down the Top 100 Players in Baseball. View part 1 here and part 2 here.]

In day three of the 2013 Top 100 Players in Baseball, we hit the middle of the mountain and start into the Top 50 players in the game today. At this point, the free agency season is nearly at a close (with the exception of the Kyle Lohse rumors), and the teams are what they are. The impact of each player's performance on his team shows his true value and factors into where each is ranked this week.

Does competition have anything to do with placement? Sure, it has to. Team success is a major marker of if there’s any point to how good a player is. With the exception of a few extreme differences in top player-to-team effort (think David Wright, Giancarlo Stanton or Felix Hernandez), most top players compete. Here in the middle of the list, the translation will be started from the really good players to some of the best of the best.

46 of the 100 players were members of teams that made the 2012 postseason, in comparison to over 80 that made the All-Star team, won a Gold Glove or even won an MVP at some point. In today’s list, there’s as diverse a mixture of impacts as there are in the game, or at any other part of the Top 100. But there really is only one goal, and in today’s list there are 17 players that visited the postseason in the last two years … and another seven that have been World Champions at one point, at least one time over. 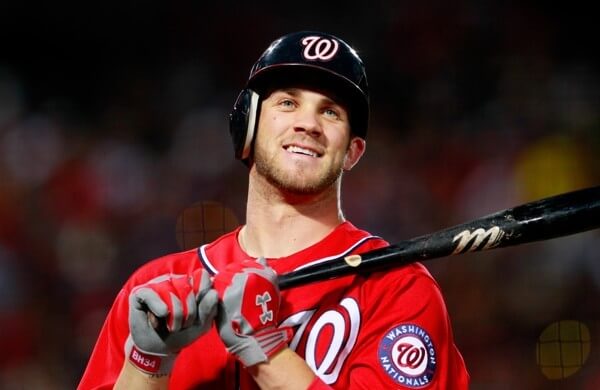 50. Chase Headley - Third Base - San Diego Padres: Here’s a man that had a season’s worth of impact in just one half. After the All-Star break he hit an MLB-best 23 homers, which helped him to 115 RBI on the year, tops in the NL. He also took home a Gold Glove and showed why he is the most discussed trade chip all of baseball.

49. Adam Wainwright - Pitcher - St. Louis Cardinals: Coming back from Tommy John surgery, he won 15 games in his return to the game. While he didn’t always have the form that won him 39 games from 2010-11, he rounded into form behind the league’s best curveball, and from June to July he won 7 games with a 2.75 ERA.

48. R.A. Dickey - Pitcher - Toronto Blue Jays: After his dirty good knuckleball led him to a season highlighted by 20 wins (for the fourh-place Mets), an NL-best 230 strikeouts and three shutouts, he landed the Cy Young Award. The Blue Jays traded their top prospect to land him to resurrect their long-suffering rotation.

47. Dustin Pedroia - Second Base - Boston Red Sox: The gritty heart of the Red Sox cracked 39 doubles, stole 20 bases and hit .290 on the year despite battling through a broken finger — an injury he played the last game of the season with just to prove there was no less fight at the bottom of the standings as there was at the top.

46. Justin Upton - Left Field - Atlanta Braves: The D’Backs finally pulled the trigger on the long-discussed trade of the 25-year-old outfielder, and now he’ll help to form the most talented young outfield in either league. The do-it-all talent has scored 212 runs the last two seasons, while hitting 48 homers along the way as well.

45. Bryce Harper - Left Field - Washington Nationals: There’s legit claim to call the Nats' 19-year-old phenom the best teenager to ever play. In route to the NL Rookie of the Year, he popped 22 home runs, nine triples and stole 18 bases. Along the way, he became the youngest position player to ever make an All-Star team, and his 5.0 WAR topped the NL’s best team.

44. Gio Gonzalez - Pitcher - Washington Nationals: In his first season in D.C., Gio became the first pitcher to not need 200 innings to reach 20 wins. Overall, he won 21 of his 32 starts, gave up only 9 home runs on the year and struck out a career-best 207 batters.

43. Zack Greinke - Pitcher - Los Angeles Dodgers: A winner of at least 15 games three of the last four seasons and also a strikeout artist, Greinke has averaged 206 strikeouts a year since 2009, and in September became the first pitcher in 92 years to strike out 13 batters in five innings or less.

42. Ryan Zimmerman - Third Base - Washington Nationals: The Nats' cornerstone stayed mostly healthy in 2012, and hit 25 homers and drove home 94 runs as well. A clutch performer, he hit .327 with two outs and runners in scoring position, and hit .381 in his first postseason series.

41. Curtis Granderson - Center Field - New York Yankees: Nobody has hit more home runs in the last two years than C.G.’s 84. While his average and stolen bases slipped last season, he’s still in his mid-prime and in position for a huge payday after the season.

40. Cliff Lee - Pitcher - Philadelphia Phillies: He was the poster boy for tough luck a year ago; he tossed 10 shutout innings in April, only for the Phillies to later lose the game. He managed only six wins in 30 starts and didn’t notch his first victory until the Fourth of July. However, he posted a 3.16 ERA and struck out 217 batters.

39. Mark Teixeira - First Base - New York Yankees: His power numbers dipped as well (a career low 24 home runs). However, he is still an elite defender (he took home his fifth Gold Glove) and is in position to return closer to his career average of 113 RBI while hitting in the middle of the Yankee lineup.

38. Joe Mauer - Catcher - Minnesota Twins: With health on his side again, the former three-time batting champ showed what he’s capable of. His .416 on-base percentage led the AL, and he drove in 85 runs as well. His career average sits at .323, best all-time amongst catchers. 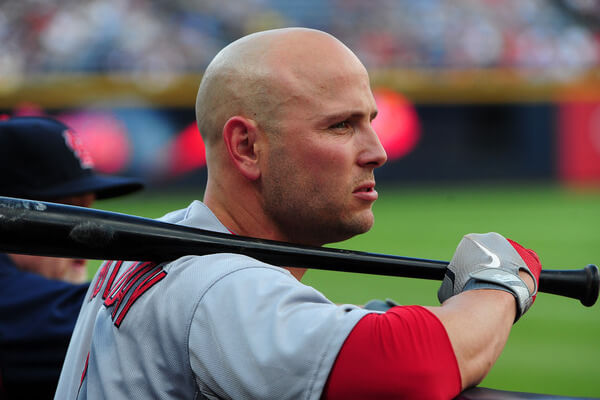 37. Mariano Rivera - Pitcher - New York Yankees: The greatest finisher of all-time is making a return from a freakish torn ACL that ended his 2012 in May. He stated shortly after his injury that he wants to leave on his terms, and those terms haven’t let him have a full-season ERA higher than 1.91 since 2007.

36. Brandon Phillips - Second Base - Cincinnati Reds: The Reds do-it-all second baseman missed his third consecutive Gold Glove somehow but still put up solid numbers across the board (30 doubles, 18 homers, 77 RBI). In the NL Division Series, he hit .375 versus the Giants, with seven RBI in 5 games.

35. Adam Jones - Center Field - Baltimore Orioles: He made good on the O’s $91 million investment in him last year and led their return to relevance. He reached career highs in eight different categories last year, including home runs (32) and hits (187), as well as earning his second Gold Glove.

34. Aroldis Chapman - Pitcher - Cincinnati Reds: The “Cuban Missile” was devastating in the closer role in Cincy last summer, striking out 122 in only 71 innings with his often over 100 mph heat. He’ll be asked to make the transition to Reds' starting rotation this year, which adds intrigue to if he can pace his pitches out over multiple innings.

33. Adrian Gonzalez - First Base - Los Angeles Dodgers: He was centerpiece of the Dodgers/Red Sox megadeal last summer but still only finished with a career-low 18 homers. That’s an aberration for a player that averaged 32 a season in his previous stint in the NL, and that’s who he’ll likely return to being this summer.

32. Giancarlo Stanton - Right Field - Florida Marlins: The Fish cleaned house this winter, and Giancarlo is really the only man left standing after it all. But at the very least, his mammoth power saw him hit a 464-foot homer last year and lead the NL in “no-doubt” homers, at only age 23.

30. Roy Halladay - Pitcher - Philadelphia Phillies: He was plagued by back and shoulder injuries a year ago, but rallied to win seven games in the last two months of the season. He says this spring he feels as good as has in two years, and considering he averaged 20 wins and a 2.40 ERA in his first two NL seasons, that’s big a deal. His first win of 2013 will be his 200th for his career.

29. Matt Holliday - Left Field - St. Louis Cardinals: Holliday adapted well to taking over the third spot in the Cardinal lineup, hitting .295 and driving in 102. He had three months hitting over .340 from May-July, including a 469-foot home run, the longest drive in Busch Stadium history.

28. Jose Reyes - Shortstop - Toronto Blue Jays: Perhaps baseball’s most exciting player, he stole 40 bases and rapped 11 triples in his sole year in Miami. He lead the NL in triples four separate occasions and will now move to the top of a potent Toronto lineup with a chance to run more than ever.

27. Matt Cain - Pitcher - San Francisco Giants: To call last year a good year for Cain would be an understatement. The Perfect Game in June, starter of the All-Star Game in July and finishing up with a second World Series in October, with him tossing the Series-clinching game. He became the second pitcher in history after Sandy Koufax to pull off this feat in the same year.