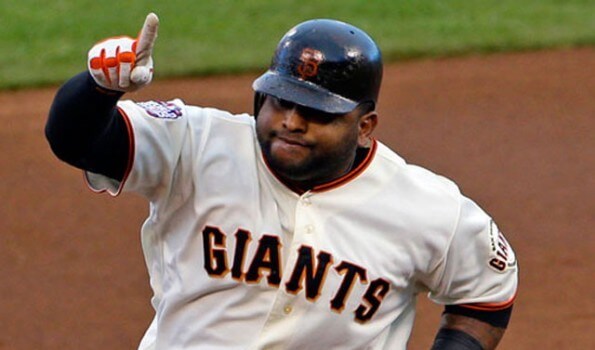 [Rev note: Spring training is upon us and the 2013 MLB season right around the corner. With that, our own Matt Whitener is counting down the Top 100 Players in Baseball. View part 1 here.]

In this year’s Top 100 Players in baseball, the talent is spread out all over the diamond's 11 positions/roles in the everyday game. The totals by position are as follows:

And one Ben Zobrist as well, for good measure.

In addition to that, 29 of the 30 MLB teams are represented, with only the () loss Houston Astros failing to send at least one representative on the list. The Cleveland Indians also nearly missed, until signing Michael Bourn last week. As for team representation, the Atlanta Braves lead the way with a major seven representatives in the top 100. On their heels are six other teams each bringing six delegates to the list this week.

Does this say anything about where everything willstack up in the end? Absolutely not, because on last year’s countdown, only four San Francisco Giants were in the mix, and they went on one of the most undeniable runs of any team in recent history. Even this year, there’s only four in the mix, with one already accounted for. Top-shelf talent is nice, but the right team, riding the right wave, will wreck even the most intimidating foes. Ask the Yankees and Detroit Tigers, who will post a total of 11 players on this list, yet won a total of zero games against the Giants last fall. 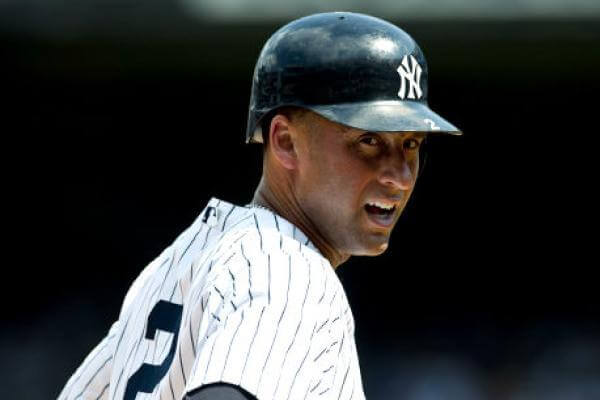 75. Ian Kennedy - Pitcher - Arizona Diamondbacks: He’s won 36 games over the last two years and has become the most underrated staff ace in baseball. His .840 win percentage in 2011 was tops in baseball, one of the few categories Justin Verlander was bested in during his 24-win season.

74. Michael Bourn - Center Field - Cleveland Indians: Despite having no home for a while, he is still the game’s premier speedster on the bases and best defensive centerfielder. He has led the NL in swipes for four of the last five years, averaging 51 per season.

73. Martin Prado - Third Base - Arizona Diamondbacks: The D’Backs traded for and then handed him $40 million this offseason, and for good reason. He can play three positions with equal ease, and while he’ll settle in at third full-time, as long as he continues to carry his .295 career average, he’ll be well worth the investment.

72. Derek Jeter - Shortstop - New York Yankees: Jeter had a renaissance in 2012 that made it clear that his demise was far from underway. His 216 hits led the American League, before he had his usual strong October, hitting .364 in the AL Division Series.

71. Yovani Gallardo - Pitcher - Milwaukee Brewers: The Brewers set an MLB record for the most strikeouts by one pitching staff last year, and Gallardo led the way yet again. He topped 200 K’s for the fourth consecutive year and is only 26 years old.

70. Ian Desmond - Shortstop - Washington Nationals: Of all the big-name Nationals, none took a bigger step forward that Desmond did last year. In the course of making his first All-Star appearance, he set career highs in six different categories, including jumping up to 25 home runs.

69. Nelson Cruz - Right Field - Texas Rangers: If he can avoid any windfall from the MLB PED investigation his name was mentioned in this year, he’ll sit at the middle of a still-strong Ranger lineup. He played a career-high 159 games and set a personal high mark of 90 RBI last year.

68. Paul Konerko - First Base - Chicago White Sox: He just keeps going and going. Konerko had yet another potent season, cranking out a 26-homer, All-Star effort at age 36. He is quietly putting together a very strong case to be considered for Cooperstown a few years after he’s done, if he ever slows down that is.

67. Carlos Beltran - Right Field - St. Louis Cardinals: He got off to such an amazing start last year, there were no transition pains from the departure of Albert Pujols in St. Louis. He topped 30 homers for the first time in five years and hit .357 with three more homers in the playoffs.

66. Austin Jackson - Center Field - Detroit Tigers: He really does it all, and does it well. He sits atop the best lineup in baseball and puts himself in play for them to cash in with regularity. He led the AL in triples for the second straight year (21 total) and had 55 total extra base hits.

64. Chris Sale - Pitcher - Chicago White Sox: The young lefty made a seamless transition from the pen to the top of the rotation and stayed in the midst of the Cy Young race for the entire season once there. He won 16 games and struck out a batter per inning (192).

63. Billy Butler - Designated Hitter - Kansas City Royals: He’s become the most complete full-time DH in the game, adding a career-high 29 homers and 107 RBI, to go with a .313 average. He took the brief hero turn as the sole home team All-Star rep last July as well.

62. Jay Bruce - Right Field - Cincinnati Reds: He’s stacked up 134 home runs already before his 26th birthday and compliments it with one of the best glove/arm combos in the game. His strikeout count gets high, but he’s a constant threat to clear the bases at the end of the heart of the Reds' order. 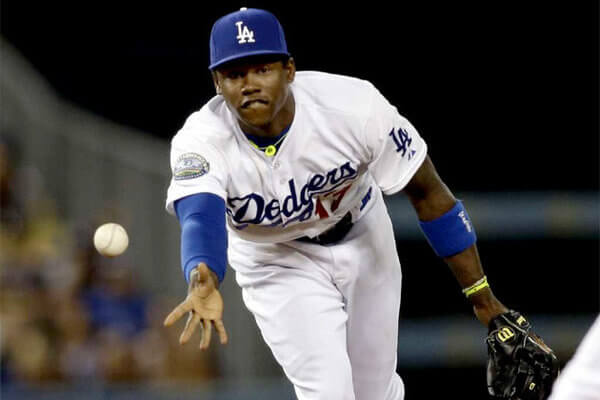 60. Ben Zobrist - Utility Man - Tampa Bay Rays: The most versatile player in the game is a threat anywhere the Rays place him, from second or first base, to left or right field. He has been good for an average of 6.6 Wins Above Replacement (WAR) level over the last six years, hitting over 20 home runs in three of the last four years at eight different positions.

59. Hanley Ramirez - Shortstop - Los Angeles Dodgers: In a precursor of things to come, Hanley was the first big name dealt out of Miami, when he was shipped to the Dodgers (and back to shortstop as well) last July. While he struggled last year some, he’ll be in a prime position in year two in LA, hitting behind Adrian Gonzalez and Matt Kemp.

58. Ian Kinsler - Second Base - Texas Rangers: While he may not finish the season at second base, he’ll definitely be one of the most powerful leadoff hitters in the game, regardless where he takes his glove, hitting 32 homers in 2011, before knocking out 42 doubles last year.

57. Pablo Sandoval - Third Base - San Francisco Giants: The Panda blew up on the scene in a major way, from All-Star starter to hitting three homers in Game 1 of the World Series off Justin Verlander and the Tigers, and taking the World Series MVP back to Venezuela.

56. Starlin Castro - Shortstop - Chicago Cubs: If he ever truly began to care about defense (27 errors), he could be the best shortstop in the game. Regardless, the cornerstone of the Cubs' rebuilding process played in all 162 games last year and had over 180 hits and 12 triples at the plate.

55. Jonathan Papelbon - Pitcher - Philadelphia Phillies: The only constant in the Phillies bullpen, Papelbon finished with 38 saves last season, his seventh straight year topping 30 in a season. He pitched a career best 70 innings and led the NL in games finished with 64.

54. Jason Heyward - Right Field - Atlanta Braves: Putting his sophomore slump as far behind him as imaginable, Heyward continued the ascent that made him an All-Star starter as a rookie in 2010. He cracked 27 home runs and raised his average by 42 points, becoming the leading bat in the Braves' order. A role he could keep for the next decade.

53. James Shields - Pitcher - Kansas City Royals: KC needed a headliner, and one of the perennial best #2 arms in the game will step up the ladder. Shields is the type of workhorse that the painfully shallow Royals pitching staff has needed. He’s averaged 238 innings over the past two seasons, including 14 complete games, and hasn’t missed a start in six years.

52. Elvis Andrus - Shortstop - Texas Rangers: Texas’ spark plug averages over 30 steals a season and is a very slick glove man. He had a career-high 180 hits last summer and is still only 24 years old. None other than Ozzie Smith himself said that Andrus reminds him more of himself than any other player today.

51. Alex Gordon - Left Field - Kansas City Royals: The game’s best defensive left fielder and one of its most versatile hitters. In the last two years he’s had highs of 189 hits, 23 homers and a .303 average. His 51 doubles led baseball a year ago, and he took home his second consecutive Gold Glove as well.