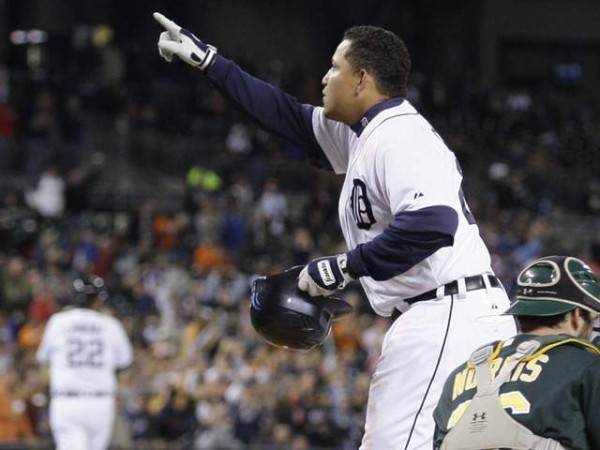 A bit of controversy has erupted during the Divisional Series of the 2012 MLB playoffs. This year, the teams with the better records played on the road for the first two games and will be home for Games Three, Four and Five. Previously, the format had been 2-2-1; games 1-2 and 5 were at home for the team with the better record. This was done to gain a travel day because the wild card games had extended the season slightly.

I know this is hard to believe, but many people in Cincinnati, led by usually level-headed State Senator Eric H. Kearney, are actually upset that the Reds started the playoffs in San Francisco. With two wins in the bag, a sweep will mean that Cincy only got one home game. (By the time you read this, you'll know if the Reds swept or not, which they did not; Game Four is later today). Yes, it's odd that San Fran would end up with more home games, but consider it a happy accident. The object is to advance, not accumulate home games. There are plenty of home games available in the next two rounds.

Fans in Oakland are also crying foul. They had to start the series in Detroit and lost both games. Their beef is that it would have been a different story if the first two games were in Oakland, as they should have been.

Well, if we look at this logically, it's obvious that the 2-3 format is a huge advantage for the higher seeded team. The lower seeded team cannot win the series in its home park. A guarantee that all elimination games will be played at your house is tremendous. Let's say the Reds had gone to San Francisco and split the first two. We would be flying to San Fran for two games with the pressure of having to win one or the series is over.

Under the present format, if the first two games are split (like the Wash-Stl and Bal-NYY series are), all the higher seed has to do is win two out of three at home. You can't ask for more than that. Even if you look at Oakland's situation, it's not as bad as it would be under the old format. Yes, the A's spit the bit in Detroit. But now they have three back in the Bay. If they can sweep, they advance. Detroit has no home games left to close them out.

Is it impossible? Obviously not - the A's just did the same thing to the Rangers last week. A's fans, ask yourself this question. Would you rather have lost the first two in Oakland and be flying out to Detroit for two right now? I'll bet any manager or GM who was told he could pick his three home games in a best of five would say "give me three, four and five. If we win one away game, we're in the catbird's seat."

I also like the 2-3 format because it's quicker. One travel day in the middle of the series instead of two. It's how baseball is supposed to be played. Managers are also forced to use a four-man rotation instead of using the extra day off to cheat the system.

To those who are still not convinced, don't worry. This was a one -year aberration. The 2-2-1 format will be back next season. So for this year, just suck it up and live with it. People who whine about the format don't deserve to have a championship team anyway. Root for your team to win and move on!