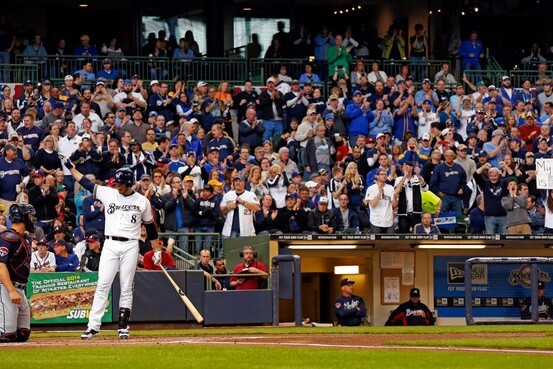 Ryan Braun went to the plate for the first time in a regular-season game since July 2013 yesterday. Because of his belated contrition and the slimy, winding path it took for him to get there, the Milwaukee Brewers right fielder had one of the most unique Opening Days in recent memory.

Not only is Braun’s road to redemption one of baseball’s most intriguing individual stories — an in-prime star talent and former MVP being punished in this era of more stringent PED testing – it’s the first of its kind in many regards.

If you thought we’ve been here before, you might want to think again. More fans embraced Barry Bonds than the shamers care to admit, with race and generational indifference playing significant roles, for better or worse. A brief look in the archives of NY-area tabloids will remind you that Alex Rodriguez is a self-created pariah with multiple personality faux paus to his name. 1998 faded far from memory, leaving Mark McGwire and Sammy Sosa out of the intense on-field scrutiny by the time the federal government came calling in 2005.

Although Braun wasn’t the only player suspended in the wake of Biogenesis, he was the only one who held a trump card over Major League Baseball through the appeals process in 2012. Of course, said trump card was tainted as he nearly destroyed his own case.

Braun returned to a team and fan base with cautious optimism in a very competitive NL Central. Perhaps it was that reason why he received a grand ovation from the Brewers faithful. Some, especially among the media, were pretty unhappy with the fans who stood in applause. Others couldn’t care less.

So for those who actually care about baseball, would you have cheered or jeered Ryan Braun when he stepped to the plate? Let us know in the comments section.

Onward to the links.

#WrestlemaniaWeek: The 5 Worst Wrestlemanias of All-Time – Day and a Dream

‘How I Met Your Mother’s’ Social TV Legacy – Lost Remote

3 Replies to “Starting Lineups: Would You Have Cheered Or Jeered Ryan Braun?”