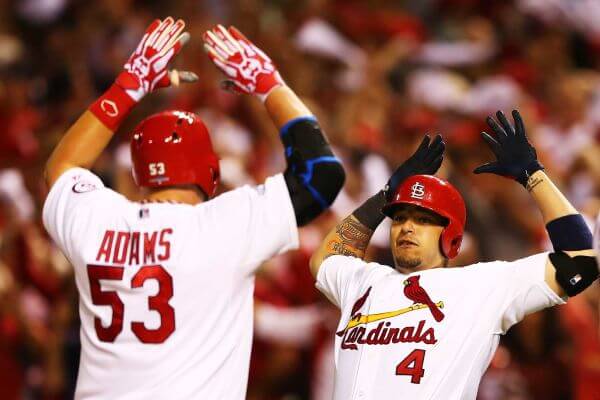 Count me among the masses who wanted to see the Pittsburgh Pirates beat the St. Louis Cardinals. Without a rooting interest, the feel-good story of the baseball season tugged on some heartstrings throughout the summer and into early autumn. Still, it’s hard not to appreciate any Cardinals team let alone this Cardinals team that has now advanced to the National League Championship Series for the third year in a row.

Adam Wainwright’s complete-game gem in the decisive Game 5 prolonged yet another season of perceived overachievement for St. Louis. In the past two years, the Cards have lost Albert Pujols to free agency, Tony La Russa to retirement and Chris Carpenter to injury, the key figures of their mid 2000s National League dominance. And still St. Louis continues to churn out wins like their owners churn out beer. A man in Missouri can fall asleep in April and wake up in October and know that he still has time to catch the Cardinals in action.

St. Louis has qualified for the playoffs 26 times, won 22 pennants since the team started play during the Chester A. Arthur administration, and bested the American League champions in 11 World Series. All these numbers are made more impressive considering that the Cardinals failed to win a pennant in the 20th century until 1926. That year Rogers Hornsby and a withered, epileptic Grover Cleveland Alexander upset the Murderer’s Row Yankees of Ruth and Gehrig in the World Series. Since then, the Cards have won a World Series in every decade save for three, the 1950s, 1970s and 1990s.

Such continuous success breeds disdain in sports, and yet the Cardinals seem to draw more admiration than scorn (with the obvious exception of Cubs fans). Part of the reason is that baseball has its public enemy number one. Everyone hates the Yankees, not only the American League’s best team but also America’s best team. They’ve become a villain so caricatured that its nature contradicts the game itself: We don’t like the Yankees because they win. The Cardinals, as the National League’s best, have long played the foil and therefore are eminently likeable in comparison.

But it goes deeper than that. The Yankees have come to represent all the ills of the American way: excess, greed and in more recent years the valuing of commodity over character.

In contradiction, St. Louis epitomizes American virtue. The organization is laced with tradition, from the unchanging uniform to the Busch name that has been bequeathed from one stadium to another and will always be synonymous with Cardinals baseball. The Midwestern franchise even borrowed techniques from the region’s farmlands to cultivate success. Branch Rickey planted crops, or in this case young ballplayers, across the country to better develop talent. We are a nation, in many ways, born on the farm. So, too, are the Cardinals.

The legacy continues to this day. While key contributors Matt Holliday and Carlos Beltran arrived via trade and free agency, respectively, this Cards team is built on homegrown talent. In America, we like to think it’s more virtuous to grow success than buy it — you learn more that way.

And so St. Louis enters another NLCS to face a new villain of excess — the Los Angeles Dodgers. Although Puig, Kershaw and company present a substantial challenge, the Cardinals will compete as they always have — with timely hitting and clutch pitching and vice versa, the foundation of St. Louis baseball.

The neutrals of the sports world surely hope to see an Oakland A’s World Series win. Frankly, I do too. But when St. Louis takes to the diamond evoking the images of legends long gone — Hornsby and Alexander, Rickey, Dizzy Dean, Ducky Medwick, and Sunny Jim Bottomley; Stan the Man Musial, Enos “Country” Slaughter and Red Schoendienst; Bob Gibson, Ozzie Smith and even Pujols — I’ll tilt my head back and listen intently for Jack Buck’s voice flowing through the airwaves calling out another winner for the Cardinals.

The 9 Most Powerful Moments From ‘League of Denial’ – Awful Announcing

Ricky Williams: Marijuana was to me like spinach was to Popeye – Yahoo

5 Replies to “Starting Lineups: In Appreciation Of The St. Louis Cardinals Franchise”

Starting Lineups: In Appreciation Of The St. Louis Cardinals Franchise 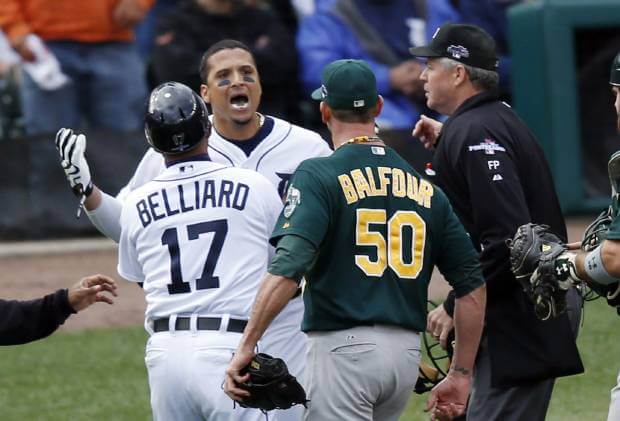