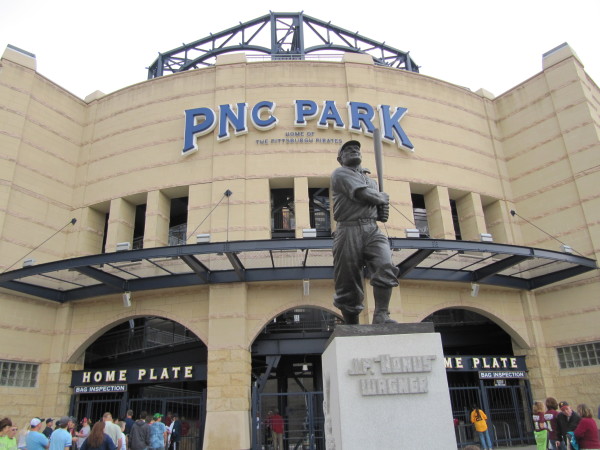 Five summers ago with three great friends of mine, we embarked on one of the best road trips four mid-twenties city guys could ever go on. It was part of the ongoing, almost clichéd and always tremendous quest to visit every Major League Baseball park in North America (Toronto, we love you!). With four fourth-row seats between first base and the right field foul pole and rather large appetites, we took in a 14-inning interleague game between eventual World Series finalist Tampa Bay and the hometown Pirates at Pittsburgh’s PNC Park.

With the Pirates hosting the Cincinnati Reds in tonight’s NL Wild Card game, the American sports public at-large has a chance to see what many believe to be the crowning jewel of MLB’s ballparks.

As three Bronx and Harlem natives, we’re spoiled by the bevy of professional and college sports offerings in the NYC metropolitan area to the point that we’re almost bored by them. It’s not that they aren’t venues of note in their own right – the best (in my opinion) in Newark’s Prudential Center and the Tiffany box in a bodega neighborhood that’s Yankee Stadium are two examples – but they’re always there if we’re in the mood to sell our unborn children for bleacher seats.

It’s getting in a car and leaving the vicinity of your favorite team’s division where you really get to see why these are more than places to see live baseball.

For those who have attended PNC, it’s Shangri-La for any baseball fan. Home runs just LOOK better with the backdrop of the Roberto Clemente Bridge in right field. There’s the fantastic homage the Pirates paid to the Negro Leagues with life-sized statues of some of the iconic members of the Pittsburgh Crawfords and Homestead Grays. There’s the steel truss work, light ways and archways that give respect to Fenway, Wrigley and Forbes.

The dimensions may appear to favor hitters as it’s the smallest park in the majors at first glance, but it’ll surprise outsiders that these are neutral grounds – second-fewest HRs and fourth-lowest in doubles during the regular season, fair for singles.

Most of all, thanks to the two-tier structure of PNC, there’s the superb sightlines. There’s virtually no such thing as a bad seat in the park and for this trip, paying for a hotel suite, four tickets, food and gas for a six-hour drive to see an interleague game was far more than worthwhile.

Hopefully, most viewers tonight are seeing PNC for the first time. Most of us baseball fans have hurled enough obscenities at the Pirates’ ownership for not even fielding a mediocre team to play at this sports shrine since its opening in 2001. Now that the Pirates finally rewarded long-suffering fans with an exciting and WINNING team, PNC Park should become the star of the postseason (provided the home team gets a victory tonight).

And who knows, maybe Willie Stargell found himself a perch high above home plate for his beloved Black and Gold.

Here are probably the first non-Breaking Bad reads you’ve seen since Thursday. Some you may dig, some you might vehemently disagree with. Either way, have at it.

NFL is proving that the Rooney Rule works, so why won’t we give it a try? – The Guardian (UK)

The Most Popular Thing in America? – The Classical (This teetotaler reluctantly says it’s beer.)

The Hardest Working Legend Around – Sports on Earth

There Will Be Fraud: A Shutdown Could Provide a Madoff Moment – Bloomberg BusinessWeek 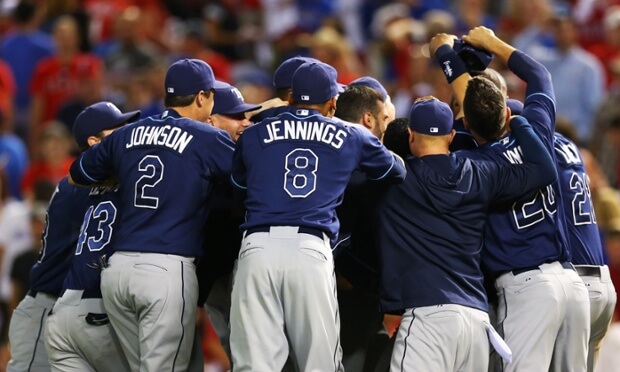 Baseball Do Or Die: The Wild Card That Woke Up Baseball

A Sports Scribe For The Love Of Kids And Cadillacs: An Interview W…
6