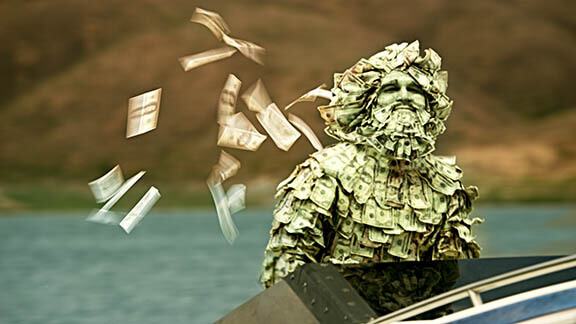 It is the part of the year where the MLB turns from the field and to the boardroom. Now, the batting averages don’t scare pitchers as much as they frighten general managers. With free agency prepared to kick off, the direction of where many teams will set their sails over the next few years will be set by the figures that are to be exchanged. But if history is any indicator of how clubs should proceed, this not the part of the year where big moves are the thing to do. Rather, in the immortal words of the late Walter White, it is much better to “tread lightly.”

If recent history is minded, the urge to spend will be outweighed by the realities of what the “hype value of money” brings. This time a year ago, despite so-so years, B.J. Upton, Nick Swisher and Josh Hamilton were huge names on the free agent market for various reasons. Upton for potential, Swisher for winning association and Hamilton for what he had done. Between the three, they made $41.4 million last season with the new homes they found while surfing the waves of free agency last winter, but none of the group managed to hit over .250 during the past summer. Now the Braves, Indians and Angels, respectively, have at least another five years of growing salaries from these “investments” that were previously seen as franchise-changing additions but were in reality already depreciating before they cashed in on name value alone. Upton could not even crack the starting lineup by September, Swisher had to change positions twice to find a place to fit in and Hamilton had to hit over .320 just so his average could see the semi-respectable "1/4 of the time" mark by the end of the year. Not exactly what was expected when the season previews hit the racks back in the spring.

It is like buying the shiny new car on the lot without checking the CarFax. When it comes time to write the checks that will shape (and bind) the future of a team, don’t believe the hype. Much like last year, there is one surefire safe investment. Whereas last year it was Zack Greinke, now it is Robinson Cano. Greinke was $147 million well spent: It bought out the upcoming prime of one of the best arms in baseball. He rewarded the investment with a 15-win season and the best winning percentage in the National League. Cano, on the other hand, is older and potentially asking for the income of a small European country on the open market, but the return is guaranteed. He’s in the MVP mix annually, has been for the last half decade and isn’t leaving anytime soon (sounds a lot like Albert Pujols though, no?).

Yet, it can be forgiven if money is lost by an unpredictable downturn of that sort. What is unforgivable is running reckless and treating the payroll bucks like strip club money. Beware of the Ubaldo Jimenez, Matt Garza and Ervin Santana’s of the world. Losing on Pujols is acceptable and seen as the player’s fault. But lost money on the run is never forgiven … ask Mets fans and Manny Acta.

For more in the world of sports as it unfolds, here it is:

Saban Under Pressure From Texas – CollegeFootballTalk

Return of Aldon Smith: 'Every Day A Step Closer' – NFL.com

Uehara and Kimbrel In Class of their Own – Cheap.Seats.Please