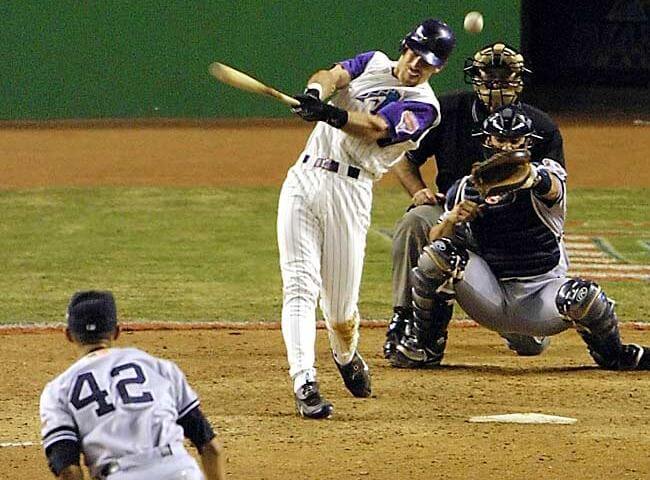 The World Series is great because it truly lives up to its moniker — “The Fall Classic.” And as if on cue, the season has responded in kind and the weather is beginning to turn to host its namesake event. The realm of sport is no stranger to misguided titles and nicknames, both self-assigned and obscure, but the “Classic” lives up to its billing. It lives in the moment that is both the past and the present simultaneously, while still framing the future for one half of its current equation.

Whether it is an instant classic or a series that is so quick you have to look off in the distance to be sure it ever happened, the World Series still leaves an indelible mark on the culture. As the St. Louis Cardinals send Adam Wainwright to the mound later on in search of the securing their third Game 1 victory of the month, they are in pursuit of their 12th world title, a mark that will continue to distance their claim as the National League’s finest franchise.

Conversely, the Boston Red Sox will look to continue to make up for decades of lost time. Decades defined by waves of lost opportunity that blew past the careers of the Splendid Splinter, Yaz and Boggs, but have happily been rectified by the exploits of Ortiz, Pedroia and Ellsbury. They will look to continue the lost and found championship tradition of the Red Sox and cap a year defined by the strength of their host city with a crown from its most beloved team.

But what is in store for the series itself? Will it be of the classic vein that defined the Cardinals’ last championship run in 2011? Or will it be more in the lines of the washouts that were the Angels/Giants and Yankees/Padres tilts? I have watched every season of baseball firsthand since 1991 and have seen some great World Series combinations. With the dawn of a new one half a day away, here’s my choices for the Series that best lived up to the “Classic” billing of which they were expected to carry …

1. 2001 – Arizona Diamondbacks over New York Yankees, 4-3: What was most staggering about this one was how back and forth it was, with stunning regularity. There was the impenetrable duo of Randy Johnson and Curt Schilling and the Byung-Hyun Kim blown save … the Derek Jeter home run that secured his legend. But the equivalent of the sky falling in baseball terms locks this one up among the all-time greats: Mariano Rivera blowing a ninth-inning lead in the World Series via a Luis Gonzalez walk-off base hit. Whirlwind.

2. 1993 – Toronto Blue Jays over Philadelphia Phillies, 4-2: Rev won’t like this, and his post today will clearly show why, but this series left an epic mark on the game. It was two of the most stacked teams of their era placed heads up and ended with a timeless Joe Carter walk-off homer.

3. 1997 – Florida Marlins over Cleveland Indians, 4-2: Livan Hernandez stole the show, Moises Alou put on a light show and a young Edgar Renteria launched his career with a series-ending base hit that put the infant Marlins franchise on the map … before its mass breaking up of the band.

4. 2011 – St. Louis Cardinals over Texas Rangers, 4-3: The Rangers survived the early onslaught of an Albert Pujols three home run game, as well as two strong Chris Carpenter starts to push the Cardinals to the brink of elimination. Until David Freese tripled with the two strikes and two outs in the bottom of the ninth inning and then hit a walk-off homer in the 11th inning to tie the series … and make the next day’s Game 7 a mere formality.

5. 1991 – Minnesota Twins over Atlanta Braves, 4-3: The Twins mounted one of the great comebacks in Series history, winning the final two games in dramatic fashion. Kirby Puckett hit a walk-off homer in Game 6, and Jack Morris followed with 10 shutout innings in Game 7, before Dan Gladden scored the game-winning run in the bottom of the 10th for a 1-0 Twins wins.

The next chapter begins to write itself tonight, but here is what’s going on right now:

Dez: I Can Do Anything Megatron Can Do – ESPN Dallas

The 4,657th and Final Comeback of Keith Olbermann – GQ

One Reply to “Starting Lineups: Instant ‘Classic’ – The 5 Best World Series Of Your Life”