The game of baseball lost one of its most distinguished statesmen of all-time on Saturday when it was announced that Ernie Banks had died at the age of 83. Banks was a transformative talent on the field, a bridge builder off of it and an irreplaceably effervescent personality on behalf of it. And in his passing, the book closes on one of the most diversely unique presences the game ever will know. In contemporary times, Banks stood as a one of a kind man that simply cannot be replicated due to the changing of the times around him.

To begin to gain an understanding what made Banks so unique is to truly know how many different areas he broke ground in. Banks was one of the players who served his country at the cost of delaying his baseball career, serving in the Army during the Korean War. To pass the time while in the military, the three sport prep star played with the Harlem Globetrotters’ military wing. But when he returned to the states, he launched the career that would eventually make him a legend with the Kansas City Monarchs, where he quickly became one of the league’s best hitters.

He was among the last of the players whose careers rooted in the Negro Leagues and then quickly made the transition to the MLB after the color barrier was broken. He signed with the Chicago Cubs in 1953, becoming the first African-American in the franchise’s history, and never wore another club’s cap again. Banks quickly set out to making his impact in his new league and did not make a stop in the minor leagues along the way, further proving the already entrenched fact of the superior, yet suppressed skill level of the Negro League alumni.

However he faced the fact that while his skill was superior, his presence still was hindered by the oppression of the times, even in his own dugout. Early in his career and the urging of none other than Jackie Robinson himself, the naturally exuberant Banks kept a quiet demeanor amongst his teammates, who still were slow to adjust to the idea of their best player being an African-American.

Banks continued to be a trailblazer in Chicago and eventually was joined by teammate Gene Baker, who formed the Majors first all-black middle infield together. And it was not long after that Banks’ undeniable talent overcame the image that he carried in those early days of integration.

He made the first of his 14 All-Star teams in 1955, which was also the year he first hit 40 home runs in a season, a mark he reached in five seasons overall, four of which came consecutively from 1957-61. Also in that season, he became one of six players ever to hit five or more grand slams in a single season.

During this time span, Banks became the premier power hitting shortstop his time….or any before it….or most of the ones since. From the years that he primarily manned the shortstop position, 1953-61, he hit 298 home runs, which far outweighed any other player at the position’s output until Cal Ripken came along.

However, he also was subject to the limitations of being a lifetime Cub as well. He is easily the greatest player who never reached the postseason, playing 19 years and over 2,500 games without an October series. For many, this would dampen their spirits and their compassion for the game, but not Banks’, due mostly to the fact that there was perhaps no more compassionate of a player in the game’s history.

Yet Banks’ light shined regardless of how dark it often was around him. He won back-to-back National League Most Valuable Player awards in 1958-1959, despite the Cubs finishing with sub-.500 records in each year. Over the course of the two years, he averaged a .308 batting average, with 46 home runs, 136 RBI, 186 hits and a .605 slugging percentage.

He was an unswerving soldier for the Cubs and the player most synonymous to his franchise the game has ever known. From his well-known proclamation to fit as much baseball into a day as possible (“Let’s play two” he would often exclaim, to his life-long soldiering of the cause and image of his beloved Cubs. “Mr. Cub” was the perfect man for the job of waving the flag for Wrigley and upholding both the virtue and dignity of the long-suffering, yet strong-willed North Siders.

Over time, his compassionate nature was allowed to shine freely, as the game became more welcoming and populated by elite African-American players. In all reality, it became as much of a calling card as his potent bat did, and he entrenched himself as one of the game’s most beloved figures. He carried that illuminating personality all the way from the grizzled fields of the Negro Leagues, to Baseball’s Hall of Fame, and ultimately all the way to the White House, where he was bestowed with the Presidential Medal of Freedom in 2013 – by an African-American President, no less.

Banks departed as a lasting beacon that fights against the notion that nice guys finish last. Rather he proved, that there can truly be more to game than just where one finishes in the standings year-to-year. That it can also be a lasting joy to simply partake in, for all that are involved, from the field to the stands.

And if his Cubs truly do need some measure of divine intervention to break their championship dry spell, which is now entering its 107th year, rest assured that the best possible advocate on their behalf now has a much closer seat to offer what is ensured to be a passionate plea on their behalf. 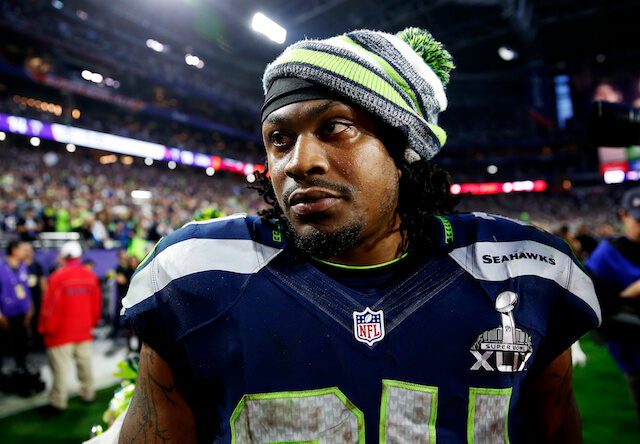 Football Unsung: Marshawn Lynch And The Greatest Run That N… 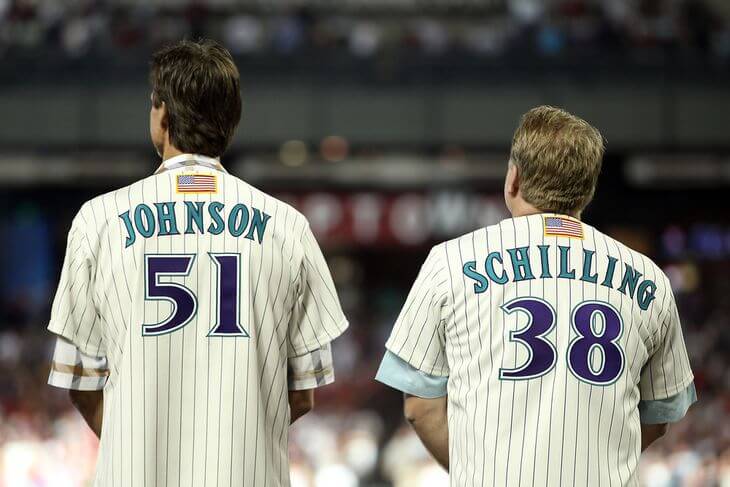