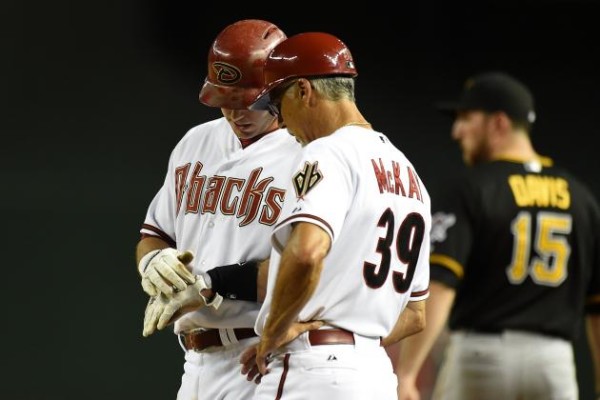 There are two rulebooks in baseball: the one that moves games along and the one that holds the game itself together. While the balls and strikes are important, perhaps the rules of engagement that bind “the boys” together are more important than any other rules.

Things like not stepping on the mound when crossing the diamond. Or not talking to a pitcher who's in the middle of a no-hitter. Not showing too much respect to one of your own home runs is pretty high up there as well, but maybe not more than rubbing in a big lead by stealing a base you can easily theft.

But perhaps the unwritten rule that holds the most gravity is hitting a batter in retaliation for one of your own getting plunked. It is maybe the roughest statute in the game but one that is honored and often respected, even if almost always the soldier who takes the return fire had nothing to do with the original shot being fired.

However, the wrong batter being hit at the wrong time can cause the world to go awry. Take the case of Pedro Martinez and Reggie Sanders, who charged the mound against Martinez in the middle of a perfect game Pedro was authoring because he had clearly been throwing at him throughout the game. It was a case of two of baseball’s unwritten rules offsetting, and pure chaos broke loose.

It’s just how things work, and it is a showcase of why even the unofficial rules have a status quo. That is where gamesmanship comes into play, and the right and wrong ways to handle business go down. This past weekend in Phoenix, the unofficial rules of baseball were taken off the wall and ripped in half.

Rewind back to Friday. The Arizona Diamondbacks were doing something they have done with regular efficiency this season in the ninth inning: losing. The lone bright spot of their campaign has been the play of Paul Goldschmidt, their All-Star first baseman who has a legit claim to the best all-around talent at his spot in the game. After getting a rare day off, he entered the game in the ninth inning as a defensive replacement and then had a turn at bat in the bottom of the final frame.

With the Pittsburgh Pirates on their way to an easy victory, pitcher Ernesto Frieri lost a pitch inside to Goldschmidt and hit him in the side of his hand. There was no bad intention to it at all. There was nothing on the line; there had been no issue to settle between the two clubs, and it was an at-bat that just went bad. However, the outcome was as bad as could be imagined. Goldschmidt found out the next day the pitch had broken his finger, an injury that will likely end his season. However, despite it all, he quickly shot down the notion he had been targeted, simply chalking it up to a lost pitch.

Fast-forward to Saturday. The Pirates are up by four runs in the ninth inning, and Andrew McCutchen, whom Goldschmidt finished runner-up behind in last season’s National League MVP race, ironically enough, stepped to the plate to lead off the inning. The D’Backs had freshly put in pitcher Randall Delgado, who nailed McCutchen in the back with his third pitch  — which just so happened to be a 95-mile-per-hour fastball that had Maddux-like precision at his lower back. McCutchen had no chance to get away from it and was made to answer for a sin that never really was.

It was a bush-league hit put out by Arizona manager Kirk Gibson, who had already been ejected from the game earlier for arguing balls and strikes. It is a rather pointless notion for a team that is stuck in fourth-place purgatory and is taking on more and more water by the day.

This is a perfect example of the completely wrong way to go about exacting baseball revenge. If there was to be a return shot, it should have led the game off, not happen when the game was already decided and going through the natural progression of closing itself out. And just because your star got detrimentally plunked does not mean you purposely seek out the club’s contemporary and go after him intentionally. Eye for an eye is fine, but if first blood was unintentional, let it pass.

Respect the game. Taking out frustrations in complete out-of-context fashions is both amateur and out of place. What the rules don’t allow to take place should be able to be addressed  …but without disrespecting the intricacies that hold the game together.

2 Replies to “On Paul Goldschmidt, Andrew McCutchen And Respecting Baseball's Rules Of Engagement”