Earlier this week, the Colorado Rockies finally pulled the trigger on trading away the player who has been the sun in the galaxy of the Major League Baseball rumor mill universe for the past few years, shortstop Troy Tulowitzki. Despite his long-standing place on the trade rumor block, it was a trade that came sort of out of nowhere.

In the shockingly sudden move to deal their franchise cornerstone to the Toronto Blue Jays, the Rockies received back three of the top pitching prospects in the Jays’ system, as well as bookmark shortstop to pass the time with in Jose Reyes. It is a suitable return for one of the game’s top players and something that helps both sides achieve their immediate and long-term goals.

Yet, with the departure of Tulowitzki from the National League, whom despite his long injury history should be considered the consensus best shortstop in the game regardless of league, an interesting debate is opened up: Who is the best shortstop in the National League now? Tulo instantly becomes the easy choice in his new league, which has had a downswing in overall shortstop play over the past few years but boasts some exciting youngsters such as Carlos Correa and Xander Bogearts, who are poised to be some of the game’s best very soon.

However, today is not that day yet, and the American League just inherited another locked-in All-Star Game starter for the foreseeable future. But with Tulo’s departure, who becomes the best at the spot in the NL? There are any number of shortstops who make diversely different contributions at one of the game’s most flexible positions.

So who is the new top dog on the senior circuit? Here are a few candidates who have strong cases to make: 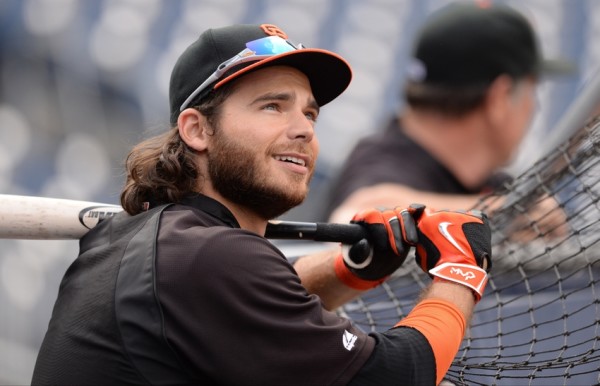 What Crawford has done over the past two years has been the tried-and-true format of building up a shortstop into an overall contributor. He came up as a superior glovesmith with little to no impact at the plate. He then began to use his tools to become a situational contributor at the dish while continuing to be an elite presence in the field.

But a light came on for him in the postseason last year, when he hit over .300 in the World Series en route to his second career championship. That carried over into this season. Crawford became an All-Star, and he continues to be an offensive factor, leading all NL shortstops with 61 RBI. If his ascension continues, it could be his league of his own up the middle, especially being aligned with a superior team like the Giants.

Quietly, Desmond has been the most productive shortstop in the National League over the past three years. While Tulo struggled to stay on the field from pillar to post, Desmond averaged 20 home runs and 20 stolen bases a year from 2012 through 2014 and has won the past three NL Silver Sluggers at shortstop.

However, he has struggled this season to stay at that height and is posting or on pace for full season lows at a .219 average and 18 homers. Throw in his remarkable penchant for committing errors — especially lethal at shortstop — and you have a player with some major flaws. Considering he is on the verge of free agency as well, this is bad timing for the 29-, soon to be 30-year-old. So while it may seem odd to include him in a “best of” conversation right now, the skills are clear and the precedent is set for him to rebound into being among the best in his league at what he does.

Perhaps he is the easy answer to this question, but it just does not seem like he would be. For the better part of two years now, Peralta has been the most productive all-around player on one of the National League’s biggest powerhouses.

Peralta started the All-Star Game for the NL this season and has been more efficient with the glove than advertised. Since heading to St. Louis last year, he has been good for just over eight wins above replacement, while he is currently closing in on a second year of 20 home runs and 70 RBI. For the long shortstop-beleaguered Cardinals, he has been a perfect fit.

His precociously amazing glove work is his calling card, and it is a skill that is amazing enough on its own to make him a superstar in the immediate future. Perhaps the most talented middle infielder defender since Roberto Alomar, Simmons is the rare fielder who becomes a league-wide star without the aid of gaudy offensive figures.

A two-time Gold Glove and 2013’s Platinum Glove winner already at age 25, he has a rocket arm that reaches 90+ miles per hour and the type of exciting range that makes for headline plays on SportsCenter. He stands to be the star at the core of the Atlanta rebuilding process and is becoming better and better every day.

3 Replies to “With Troy Tulowitzki Switching Leagues, Who Is The Heir As The NL’s Top Shortstop?”

With Troy Tulowitzki Switching Leagues, Who Is The Heir As The NL’s Top Shortstop? 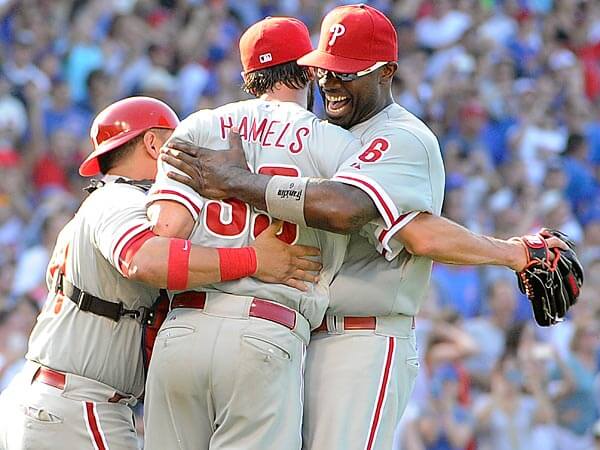 Baseball What Is The True Price Of Rebuilding? Evaluating C…
Baseball Pedro Martinez’s Hall Of Fame Speech Was Awe…
3