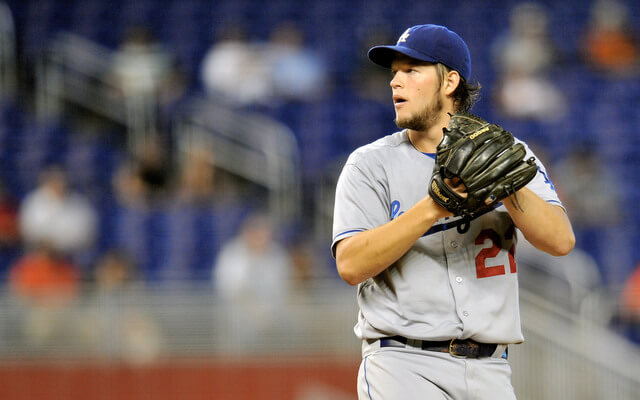 So there, the understatement of the year is out of the way early. On Wednesday, he pushed his record for the summer to 16-3, becoming the first pitcher to reach the 16-win mark on the year. In the process, he lowered his MLB-best earned run average to 1.73 (which is on pace to be the stingiest season since Greg Maddux’s 1.56 in 1995), picked his strikeout total up to 194 (against a stingy 23 walks) and pitched at least seven innings for the 14th consecutive outing. His Wins Above Replacement number is at 7.1, a number that makes him a full game better than any other pitcher in baseball this year.

What does all of this mean? Well, it easily shows that he is dominating the numbers for sure, but it also goes a bit further than simply proving Kershaw is the best pitcher in the game, because that is too easy. But does that step further show that he is the Most Valuable Player in the National League, period?

Pitcher eligibility for MVP is a hotly debated topic. There is a camp that says pitchers should not be eligible for the award, because there is a distinct honor in place already for hurlers, the Cy Young Award. There is another camp that says they do not play enough or impact every game at a rate to be considered more valuable than an everyday player. Most starting pitchers do not even face every team in their own leagues in a given year. These are all potentially valid points considering what goes into the respective campaigns of pitchers versus hitters/fielders.

Conversely, there is also the contention that all players are created equal. And an excellent season for a pitcher sees him face off against entire teams rather than just overcome a singular pitcher. Even within the parameters of the Cy Young itself, there is a contingent that feels divided between starters and reliever eligibility, with a camp saying non-starters do not log nearly as many innings and make less of an impact, despite closers being directly responsible for more appearances and in higher leverage situations.

I tend to believe the truth is somewhere in between the two sides. It is true that a starting pitcher takes to the mound between 30-35 times a year and therefore does not approach the volume that an everyday player does. Yet at the same time, the impact that a pitcher having a dominant season can have on the actual pennant race is undeniable. As the WAR figure that Kershaw is sporting shows, he is singularly worth +7 wins over replacement level and has been the difference in changing the Dodgers' fortunes in the standings.

Yet both of the previous two occasions that a pitcher transcended across the class lines of the game and took home the MVP — Justin Verlander in 2011 and Roger Clemens in 1986 — it has been seen as a slight to the game. Verlander, whose 24-win, 250-strikeout, 2.40 ERA output in 2011 earned him the AL top player nod, was said to have jobbed out teammate Miguel Cabrera. When Clemens turned in his MVP breakout 1986 summer, he also posted 24 victories while topping 230 strikeouts and posting a 2.48 ERA, all league bests. Yet, once again it was a teammate who had a strong campaign (Wade Boggs and his .357 batting average) that once again garnered support against there being an MVP nod for the hurler.

In both seasons, the pitchers changed the tide of the seasons and fought through to reach the World Series. The difference laid in the exceptional play of the ace hurlers. Thus far in the season, the pivot point for the Dodgers was when Kershaw returned from the back injury that kept him out from late March until May 6th. Since that time, in games Kershaw has played, LA is 27-4 on the year, a winning percentage of 87%.

That is an astounding impact on the course of the year thus far. In a season where there are few everyday players having huge impact seasons (Giancarlo Stanton is the lone exception to this), it opens up the field even further for the every fifth day overwhelming output from Kershaw to be considered the biggest difference-making effort on the year.

For a pitcher to win MVP, his season should have to be so astounding that it defies the usual categorization of awards. Basically, he has to be historically good and change the course of competition in the league. Kershaw is en route to satisfying both of these criteria, and if the point of the award is to truly honor the player who has made the most irreplaceable difference, he should certainly be at the heart of the discussion.

Because sometimes, less is more.