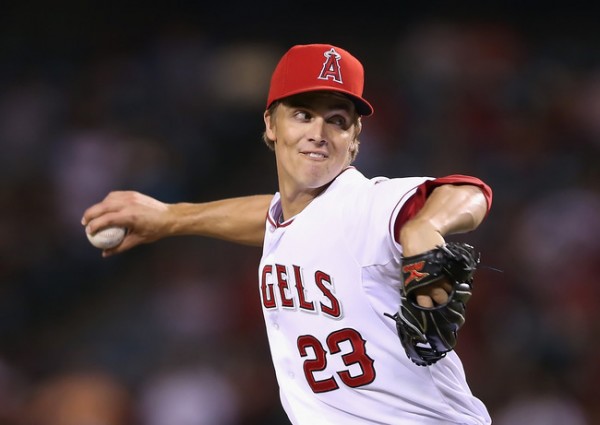 The Los Angeles Dodgers are at a crossroads. On one hand, they enter into baseball’s annual winter meetings as one of the spotlight teams to spend, while on the other they have the reality of the market to respect. Since their acquisition by “Team Magic,” there’s been no cost, no measure outside of their reach. And while the club has added a fantastic amount of talent in the last half year (Hanley Ramirez, Adrian Gonzalez, Carl Crawford, Josh Beckett, Brandon League), they’ve also done so in a big-dollar fashion, jumping up their payroll over $150 million in one year.

But now it’s the winter. In baseball, that’s the season for spending. With a potential 20-year, $6 billion-dollar TV deal in the works, there’s no reason for the club to stop with the spending any time soon. However, it’s been seen many times that a free-agent bum rush, throwing money at anything with a name or some market value, is a quick mix for disaster. See the rubble that the New York Yankees and Chicago Cubs had to pull themselves out of for using more dollars than sense in the mid-2000s. Every good big-market GM knows that just because it’s there, that doesn’t mean it has to be shown. The winter meetings are the worst time to stunt.

However, the Dodgers have smart management. They’ve made aggressive, yet purposeful, moves, and now they are on the verge of their first new-management open-market deal … or deals? They’ve been linked to the top player and pitcher on the market in Zack Greinke since the new management team set in, and now they’ve began those long rumored conversations to bring him to L.A. The starting price for the 29-year-old, former Cy Young winner is rumored in the neighborhood of $150 million for starters over six years, at least. That’s big money, but the talent in return is undeniable. I mean, the guy won a Cy Young as a Kansas City Royal. Enough said.

But what if there’s more to it than that? The difference between a top-tier pitcher and a strong middle-of-the-rotation arm is roughly 3-4 wins. But with two of those guys you’re taking a middle-of-the -oad staff to the next level. You’re winning match-ups across the board via depth, and this is the year to get deep, especially if you’ve got a spare $150 mil lying around.

Outside of Greinke, the next tier of arms can take an average Dodgers rotation to the next level up and down. Signing any two of Edwin Jackson, Anibal Sanchez, Kyle Lohse or Dan Haren makes them legit all the way through. Any selection of them would take deals that would total the six years of Greinke in both length and dollars. That’s the type of deep squad that wins in today’s game and can’t be overlooked.

In the end though, an impact is an impact, and landing Greinke is both a statement on the market, the new Dodger image and on the field. Scared money doesn’t make money, and the fear that could be produced just in following up Clayton Kershaw with Greinke is worth the dollars. Pairing two Cy Young winners that haven’t seen their 30th birthday parties is the base for as good of a rotation as there is.

Money brings you options, and signing up Greinke is both the smart and the right move. Beware of making this the norm though. Many a paper champion have won World Series in December ... but there's yet to be one played in the month. The Dodgers would be smart to not stay the blockbuster club for too long. The big move can’t be the only move if the Dodgers want to own more than just the National League’s biggest bar tab at the end of the season. Write the big check, but then fill in the blanks as well.