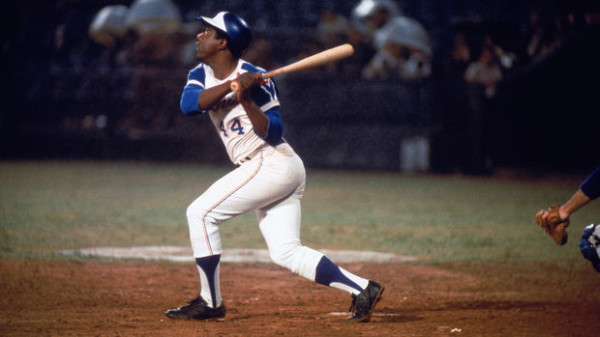 It was a 1-0 count and the visiting Los Angeles Dodgers had a 3-1 lead over the Atlanta Braves with a runner on first.

It was a long day for the Braves right fielder walking to home plate. Heck, it had been a long few seasons for the batter as his steady progression towards a hallowed record took an immeasurable toll.

It was palpable in the Atlanta-Fulton County Stadium air that night just as it may be for you, watching this clip. (By the way, if you want some real chills, listen to Vin Scully’s radio call here. Incredible remarks by the legendary braodcaster.)

Henry Aaron took Al Downing’s fastball into the history books forty years ago today as his 715th home run helped him surpass Babe Ruth for the most ever in Major League Baseball at the time.

No matter how some may feel about MLB and the game of baseball today, it is hard to dispute that #715 is the single most important event since Jackie Robinson was called up to re-integrate the majors. In these four decades, the story of this moment has been told to those who supported and antagonized Aaron in living color, those of the day who could actually recall personal highlights of Ruth’s exploits and finally, those of us who born after Dodgers second baseman Davey Lopes unexpectedly shook Aaron’s hand as he trotted the infield.

What makes 715 this remarkable year after year is not just the skill and consistency that made Aaron so great, but that only he could know what it was like as an African-American to have chased the most revered record in sports as it was being defended by some as “the white man’s record”.

Take a minute and try to imagine yourself as Henry Aaron in 1974 right now.  That year really wasn’t too far from pre-integration of big time sports, the Civil Rights movement, counterculture vs. “the golden age”, assassinations and fire bombings and so much more of the tumult that defined America in the two decades before it. 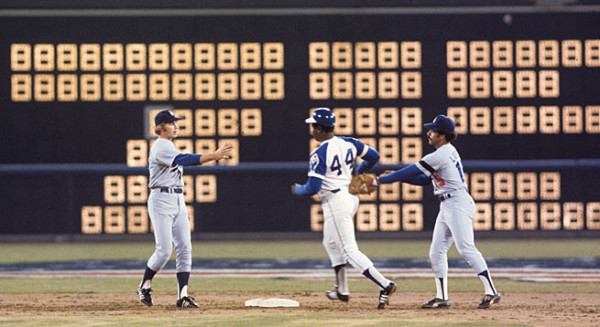 Fast forward to 2014 and though society is always in some sort of conflict, it is currently one more interconnected than ever before. Each day brings about its own set of controversies and makes us question how much progress we have really made when it comes to appreciating our differences. Daily, we’re reminded that -isms and -phobias are as present as ever. However, it’s because of the platforms at our fingertips – the internet is our most democratic medium, helping evolve radio and print media while fueling the growth of television and film – that we are able to shine a light on societal ills in a way unseen at the time of #715.

The record-breaking home run didn’t end racism (nothing has), didn’t take the hate from the hearts of those who threatened his life and it didn’t compel the nation to live in immediate harmony. What it did was remind people that such vile behavior and beliefs should never deny a person the chance to make something of her or himself in the world.

Yet, because many of us born after 1974 can only appreciate Henry Aaron’s triumph that night from a distance, it’s hard to not wonder if a seminal moment in sports match or even exceed what took place in Atlanta forty springs ago.

Related: The 8 Reasons Why Closing Up Chop At Turner Field Isn’t All That Bad

Could A Moment In Modern Sports Ever Match Henry Aaron’s 715th HR? 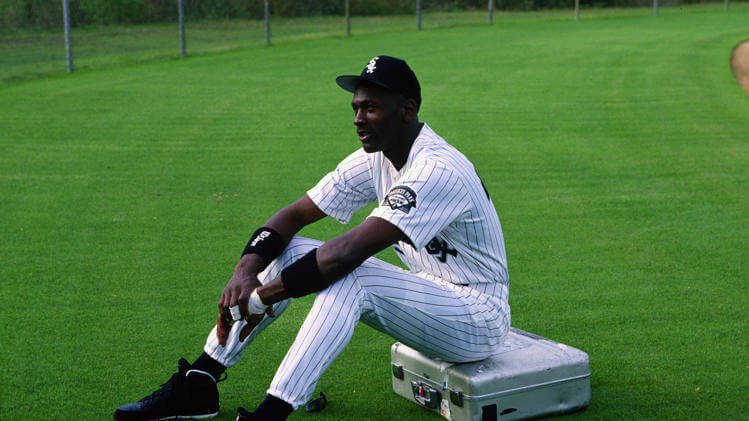 A Sports Scribe Starting Lineups: Would There Be More African-Amer… 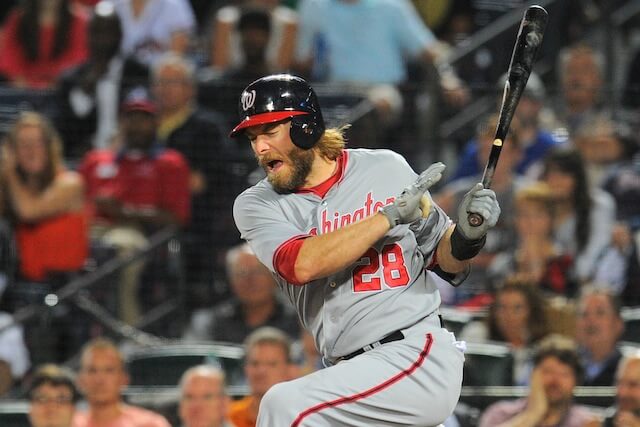