Under normal circumstances, the 2020 Major League Baseball season would be rounding into its first full month of action. However, these are far from regular times and due to the global shift in the norm, whether MLB Opening Day is delayed — or even outright canceled — is anybody’s guess.

Therefore, since the trivial is more necessary than ever, here is a look at the (currently anticipated) MLB top ten players, by position, for the 2020 campaign.

The amount of talent top to bottom in right field currently is ridiculous. It is home to three former Most Valuable Player winners — Mookie Betts, Bryce Harper and Christian Yelich — who are all yet to reach their 30th birthday. At the same time, there are also two recent Rookies of the Year in the mix, Aaron Judge and Ronald Acuna Jr., who also finished in the top five in MVP voting over the course of the last three seasons.

The margin of difference between the top four to six players on this list could see the order shift on a nearly daily basis, let alone year-to-year. It is the position with the most unquestionably elite players in the game today and could be standing to get richer in a year’s time. Cody Bellinger saw the majority of his action in right field during his MVP season, and could be in line to return there by 2021.

The rich gets even richer.

The margin of difference between Betts and Yelich is air tight. It may very well be the closest between two players for positional supremacy in the game. Both have won Most Valuable Player since 2018. Both have been batting champions who rank among the top three in WAR of all positional players and have played strong defensively, as well as on the basepaths. It’s the tip of the razor’s edge between the two.

In making the case for Betts, the strongest place to start is via defensive impact. Since 2016, Betts has double the defensive runs saved (98) as any other outfielder, and has done so from right field. He has won four straight Gold Glove Awards and has the third-highest fielding percentage in right field all-time.

There could also be a compelling case made for Betts being the well-rounded player in the game today. Betts' 264 runs scored are 33 more than any other player over the past two years. He also comes in at third in OPS (.991) and batting average (.319), while topping 300 total bases in three of four seasons since 2016. Only Mike Trout has posted a higher WAR than Betts over the past four seasons, barely edging him out at 35.5 wins vs 33.4. 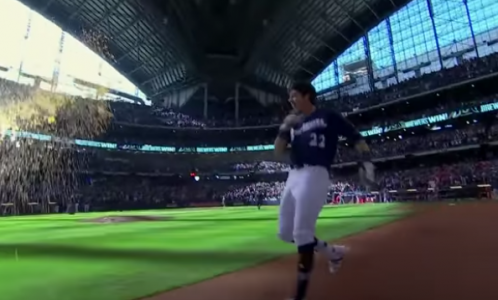 In the same fashion that defense distinguishes Betts, Yelich’s evolution at-bat is equally remarkable. Since arriving in Milwaukee in 2018, Yelich places in the MLB top three in batting average (.327 – first), OPS (1.046 – second), OPS+ (171 – second), home runs (80 – third) and total bases (671 – third). He has won consecutive batting title and narrowly fell short of a Triple Crown win during his MVP season of 2018.

Yelich and the Brewers agreed on a nine-year, $215 million extension over the offseason, which will keep him in town through 2029.

In era of prodigies popping up annually, Acuna may be best of them all. He doubled down on his Rookie of the Year campaign with an impressive sophomore campaign, leading the National League in runs scored (137) and stolen bases (37). He became the third-youngest player to hit 40 home runs in a season and to hit at least 40 homers and steal 30 bases in a season as well.

Acuna will move over from center field this season, a move that will eventually pave the way for yet another wunderkind prospect in Cristian Pache to join the team. In right field, his early returns favor comparably to youngster that went on become a legend, the late great Frank Robinson.

Robinson went on be a two-time MVP and hit 586 home runs with 1,812 RBI. Acuna could very well be on to the same type of legacy — if not more, considering what his speed brings to the table.

Judge posted his third-straight season of five wins or more, despite injuries holding him to fewer than 120 games for the second consecutive year. Judge produced a .921 OPS over 102 games and his 204 total bases saw him double his times on-base versus games played. Not surprisingly, he averaged the hardest-hit ball of players with 250 plate appearances at 53.8%. His 96.7% exit velocity was tops in the Majors as well.

Judge also remained a strong fielder (20 defensive runs saved), furthering that if he can stay on the diamond, he will remain a perennial MVP contender.

Blackmon moved to right field full-time in 2019, and his value increased some due to his defensive limitations being less of an issue away from center field. His bat rallied as well, as his .940 OPS was the second-highest of his career. Blackmon finished in the NL top five in doubles (42), triples (7), hits (182), runs scored (112) and total bases (334). Blackmon has not finished lower than 10th in total bases since 2015. 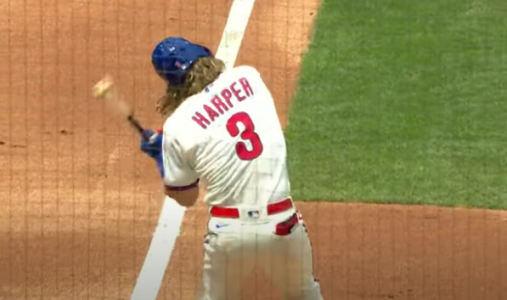 Year one of his 13-year, $330 million deal was a mixed bag for new Philly cornerstone. Harper still posted solid overall numbers, highlighted by 35 home runs and finishing in the NL top 10 in times on base (254) and RBI (114). However, he was still beset by frustrating dry spells, which saw him hit .253 in the first half and miss an All-Star selection for the first time in five years.

On the bright side, he did improve somewhat defensively and he remains one of the best clutch hitters in the game, hitting .307 with 10 home runs in high leverage situations and a 1.214 OPS with two outs and runners in scoring position.

Kepler enjoyed a breakout season in 2019, joining in on the Twins’ homer party with 36 of his own. He also produced career-bests with an .855 OPS, 90 RBI and 98 runs scored. He also remained strong defensively, raising his two-year defensive run saved total to 21. His 1.9 dWAR ranks third among MLB right fielders over the past two years.

This era is made for a guy like Gallo, who unmercifully and unabashedly attacks outfield walls with tailor-made swing for today. He hit 40 home runs in both 2017 and 2018 and was second in the AL in home runs per at-bat in 2019. However, an oblique strain and a broken bone in his hand held him to 70 games on the year. Gallo is showing signs of growing up at the plate, displaying a matured eye and patience that saw his career on-base % of .317 balloon up to .389 in 2019.

While Castellanos didn’t lead either league in doubles last season, following a trade from the Tigers to the Cubs, his 58 did top the Majors. It was the seventh-best season total in MLB history and brings Castellanos’ three-year total to an MLB-high 140.

Castellanos has been one of the more underrated producers in the game over the past few years. He ranks third among MLB outfielders with 530 hits since 2017 and his 234 extra base hits are third-most in all of baseball.