We’re now well and truly into the second half of the MLB regular season! It has been an extremely exciting season so far, with plenty of baseball action all across the nation. The question is, who is looking like they will be making a feature in the postseason?

With just over two months left of the regular season, there are some teams that already have their eyes on the playoffs. We have rounded up each division to see the latest standings, as well as who we predict to stay strong in the fight for a playoff spot.

In the East, it has been a similar story all season long so far, with the Tampa Bay Rays on top of the division. However, the Boston Red Sox are within touching distance and are just one win behind the Rays as things stand. The top two are quite a way in front of the others in the division, with the New York Yankees and Toronto Blue Jays needing to close the gap quickly for any chance of finishing in a top-two spot.

The White Sox have continued their impressive 2021 season, and are now leading the way comfortably in the American League Central. It’s a convincing 10-win lead at the moment, and it’s likely that the White Sox will feature in October. The Cleveland Indians and Detroit Tigers are the next two closest franchises but will be battling between themselves for the No.2 spot in the AL Central division.

In the west, it’s the Houston Astros that are now in the lead, with a continuous battle with division rivals Oakland Athletics still ongoing. As it stands currently, the Astros have a four-game lead at the top of the division, with the Athletics looking to close the gap. At the other end of the division, it’s been a disappointing 2021 campaign for the Texas Rangers, who only have 39 wins for the season so far.

The New York Mets are currently leading the way in the NL East with 55 wins in the regular season at the moment. Close behind are the Philadelphia Phillies and Atlanta Braves, and will want to keep themselves within touching distance of the division leaders. The Washington Nationals and Miami Marlins aren’t too far away, either, in the closest division in the MLB at the minute. Whilst the White Sox have a 10-game cushion on second, 10 wins separate all five teams in the east.

With the Chicago Cubs dropping significantly in the more recent stages of the season, the Milwaukee Brewers took advantage and pushed themselves to the top of the division. At the moment, the Brewers also have the best form in the league, with an 8-2 record in their last 10. Now, the Cincinnati Reds and St. Louis Cardinals are closest behind them, with the Cubs and Pittsburgh Pirates struggling to find momentum & confidence.

With the most wins in the entire league, the San Francisco Giants have set the standard in the 2021 season so far. With 67 wins currently on the board, they’re definitely the team to beat heading into the final stages of the season. The LA Dodgers and San Diego Padres are also looking strong in the regular season, and are trying to maintain a close gap between themselves and the Giants.

Looking to place a bet or two on the rest of the 2021 MLB regular season? You can find our expert bookmaker reviews over at CaptainGambling.com, to find the right online sportsbook for you! We recommend checking out BetMGM – the leading US online betting site! 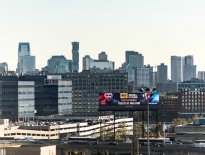 Homepage UFC 268 | Usman vs Covington 2 Targeted For New Yo… 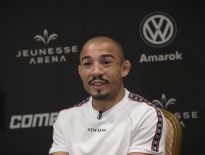