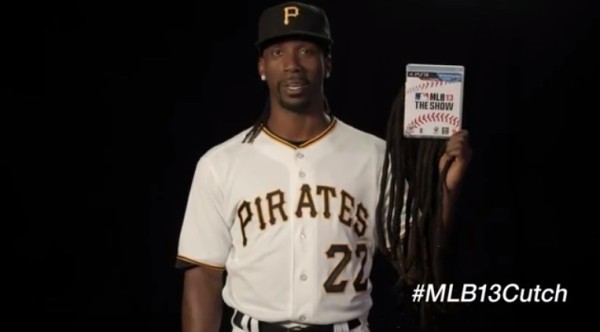 The people have spoken. After a nationwide vote for who would hold down the cover for the next edition of MLB 13 The Show, the last man standing was one that spends his summers in Pittsburgh … playing baseball.

Now let’s think about that for a minute, because this is the Pirates we’re talking about, a team that hasn’t had a winning season since 1992. But Pittsburgh is also a city that’s home to Andrew McCutchen, one of the most spectacular talents in all of baseball, and in a very clear way, one of the biggest stars too. Considering he beat out a group that featured CC Sabathia, Matt Kemp and Miguel Cabrera, it’s time to take notice of The Cutch.

Coming off a season where he stood atop the MVP race for a decent part of the year, hitting .327 with 31 homers and leading the National League in hits while stealing 20 bases and swiping a Gold Glove as well. Believe it, this was no accident. But what’s more, he’s representing for a lot that needs to be known. The black ballplayer, the non-major market face and most of all, he’s on the verge of being as good as there is in the game … and making Pittsburgh a lot more than a football town.

And along the way to achieving all of that, he’s become the face of the biggest sports video game of the summer. Follow up a good year with a great one, Cutch. There’s a lot of folks behind you now, and a whole lot more it come.