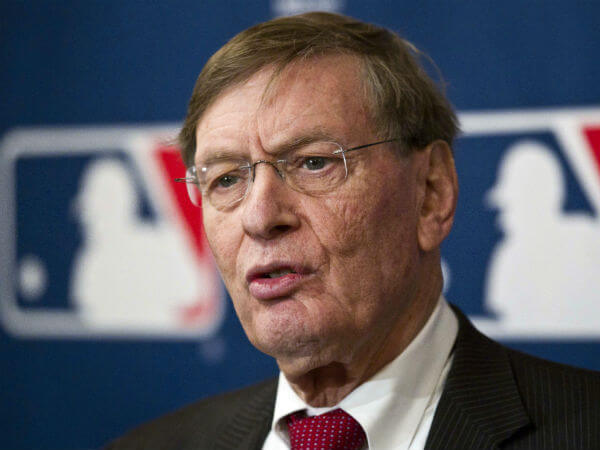 Major League Baseball made a pretty big decision about a week ago that’s gone without much fanfare. However, the implied statement that was made by the decision to remove Melky Cabrera from the upcoming awarding of National League batting champion is huge. It is the first time that an official statistic and categorical league champion will not receive recognition due to a positive result for performance-enhancing drugs.

By this being allowed, it could knock down the first domino of an entire game of revisionist Domino Rally in regards to the steroid era, its offenders and the place in history having a precedent of changing recognition for offenders. Cabrera will not return this season due to a 50-game suspension, but his .346 batting average still sits atop the leader boards coming into the last week of the season. Due to the fact that he has enough at-bats and games played still despite his last game being August 14, he is in line to win the National League batting title.

The issue with his winning is clear; it flat looks bad for a caught and convicted rule breaker to walk away with any type of honor for his efforts. It’s the black eye that has plagued baseball for well over a decade, and what it is working the hardest to distance itself from. However, there was no official answer on what to do about when the inevitable end came to reality. The only word being that since the batting champion is not an officially recognized award winner of the MLB, there would be no official decision required on how to handle it. But everybody knows that’s the ultimate cop-out, especially for such an image-conscious league. Something had to be done, somehow.

All was looking pretty gridlocked, until the last-second “passion play” came in to rescue the powers that be from making their own decision. Cabrera himself (conspicuously) issued a letter to the Office of Commissioner Bud Selig, requesting to not be recognized and officially removed from being listed as the batting champion for the season, which Selig happily accepted. So now, when the season ends tonight, his .346 figure will be persona non grata. Buster Posey will accept the honor defaulted to him, while Cabrera’s “generosity” changes a lot more than just a recognition that held no official impact until recently.

By accepting that letter, and then putting it to action so quickly, baseball issued its first official asterisk. Yet the perception of accepting it outside of the league's own means, via self-admission and request to be relieved from the situation, it sets yet another stepping stone in front of the pending storm coming in the form of Hall of Fame votes for the game’s most dubious era. The irony is that Major League Baseball has nothing to do “officially” with who goes into baseball’s Hall of Fame. But it probably doesn’t care much more about that than it does about the recognition as batting champ it allegedly didn’t care much about before it got bailed out of the corner it was trapped in regarding it.

The bottom line is that game that has been so subject to a virus spreading across its image for so long had an opportunity to either take the hard loss or the hard line on where it stands in the PED war. Instead, it took the lowest road possible next to the subway and backed its way out of having to finally face its demons, head-on. Is it right that Melky cheated his way to a remarkable numbers? Absolutely not. But is it any better that baseball took the low ground to make a huge decision in disqualifying him for it? Even more absolute in its incorrectness? It is not the players' place to police themselves; it’s the game’s. And as long as baseball can’t make a definitive decision on how to handle the impact of steroid abusers on the game, there should be no expectation that anything should be altered at all about the impact of drugs in the game.

Now do the right thing, and throw an asterisk by Posey’s number as well, because doing the “right” thing in this case is just as bad as letting the wrong live.