The deal that sent Matt Kemp from the Los Angeles Dodgers to the San Diego Padres was the top swap of the winter thus far for no other reason than the caliber of star involved in it. Yet from the time it was announced that he would be relocating with in the National League West, the red flags of skepticism flew nearly immediately. On many fronts it seemed more than odd that the Dodgers would empower such a close rival with one of their most potent tools, regardless of how strong the desire was to both be free of his financials and unclog their congested outfield situation. But as more and more time elapses, even at its earliest stages it seems that the Padres may have supplied the Aleve to a headache that plagued L.A. while simply agreeing to take it on for themselves.

It is not surprising that San Diego so quickly and aggressively chased Kemp. On one half of the pillow, it is strange to see the Dodgers give such a potentially devastating weapon to a division rival. For San Diego, it was a no-brainer at the surface level. Get a key component away from the team it is perpetually inferior to within its division and finally get the long-elusive offensive catalyst to build around. In theory this all makes sense for the Padres.

But the reality of it gets rapidly sketchier as time goes on. It has been a short week since the deal was completed in principle, as the Dodgers sent Kemp down the SoCal highway along with backup catcher Tim Federowicz for catcher Yasmani Grandal and pitchers Joe Wieland and Zach Eflin. In addition to the talent, the Dodgers agreed to take on $32 million of the $107 million left on Kemp’s current contract that runs through 2019. This lowers the responsibility for the far more cost-conscious Padres to just over $15 million per year, a far more reasonable value for them and close to the type of money they were willing to expend for Pablo Sandoval before he decided to take his talents to Boston earlier this offseason.

All would seem well on face level now for both teams. The Dodgers created some roster and payroll flexibility, and the Padres finally got their man. But as with all trades, nothing is official until the physicals come back clean, and as last winter’s reneged Grant Balfour/Orioles deal showcases, that can be far from just a formality. Now a week later, the outcome of the returns of the physical that Kemp took on Tuesday for San Diego still has not been made completely clear and has the deal looking more and more dubious.

Considering the lengthy run of injuries he has accumulated since 2010, this should be no surprise. It is the reason Kemp went from franchise cornerstone to expendable former All-Star in such a fast fashion. Since his tour de force 2011 campaign, when his National League-best 39 home runs and 126 RBI made him runner-up for the league’s Most Valuable Player, leg injuries have degenerated his availability on the field, as well as his five-tool skill set.

In that time the list of maladies have included a May 2012 hamstring injury that cost him two months of a promising season. Then upon his return, a combination knee-shoulder injury caused by a collision with an outfield wall in July of the same year derailed his season yet again. Those injuries — combined with potential agitation of playing through both — caused for offseason labrum/rotator cuff surgery, which carried into 2013 as well.

That 2013 year sealed the sinking stock of Kemp. He was clearly never healthy out of the gate, devoid of much power at all, as he struggled to a .251 average and two home run start over the first two months of the year, before reaggravating the previous year’s hamstring injury and missing another month. After returning a month later, he reinjured the shoulder he had surgery on again days later but returned within the same the month. And if that was not enough, he then had a freak injury on his ankle sliding into home plate in July, an injury that would effectively end his season. 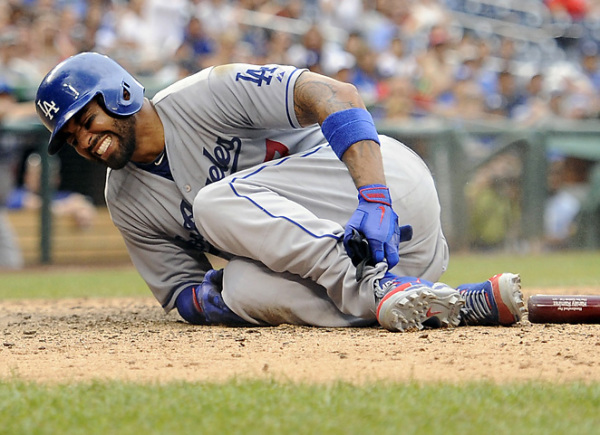 While he was away dealing with this string of injuries, the Dodgers outfield was undergoing constant change, beginning with the acquisition of Carl Crawford in late 2012 and continuing with the emergence of Yasiel Puig the following year. This provided multiple promising options to fill in during his absence, which accelerated the shift in Kemp’s position from Dodger cornerstone to high-paid, “it’s nice to have him when he’s available” guy, the ultimate purgatory of perception for an MLB vet.

While he rebounded from an availability and production standpoint in 2014, making it to the field for 150 games and hitting 25 home runs and driving in 89 runs, the diminishment in his tools was clear. He had become a liability in center field due to the repeated hamstring injuries and ranked among the worst defensive options in either league, posting a -3.1 defensive WAR figure, which is far beyond a designated hitter-worthy return (although he is in the wrong league for that salvation). Despite an insistence on staying in the position he had manned for his entire career, the team moved him to right field, a decision he detested.

This caused debates with management on his role, and when combined with feuds with the fan base that had grown impatient with his inconsistent availability and the fact that he had shown a return of the production at the plate, Kemp had ascended to becoming the top option to be moved out of the crowded Dodgers outfield.

The line of suitors to acquire him was substantial because it is rare that a player of Kemp’s instantaneous recognition and potential output is made available, but the request for a package of high-value returns, in addition to complete assumption of five years of his $21 million deal, prevented other deals from taking place.

Yet when the Padres, hungry to find some semblance of offensive identity, came knocking, the Dodgers realized that they had to take the opportunity to unload Kemp, while also strengthening their position by transferring a frequent liability to a division rival. This was inconsequential to San Diego, as he represented everything that the organization lacks in terms of both on-field production and name value, so the Padres rapidly consummated a deal.

But now just a week into the pact, have they made a deal with the devil that will haunt them? Kemp’s injury rap sheet is already obviously slowing the finalization of the deal, to the point that there are rumors that San Diego could push for the Dodgers to agree to take on even more money so they will agree to do the favor of taking on Kemp.

In light of all of this, should the Padres step down their thirst for acquiring something (anything!) in the form of Kemp and just reverse the deal? Time has proved repeatedly that teams that anchor themselves to bad deals — even at a cut rate — end up being the biggest losers anyway. The Cubs struggled with this for years, locked to their eight-year pact with Alfonso Soriano, in the same fashion that the Yankees and Angels are creatively constipated with their ties to Alex Rodriguez and Josh Hamilton, respectively.

While it does not make competition impossible for some teams able to still spend to acquire more despite one crow-eating deal, the Padres are a small-market club that has to make the most of each move. By making their most significant move be for a limited at best, declining property in Kemp, they are assuming on the type of risk that could easily prolong their run among competitive mediocrity.

Today’s deadline on tying off the trade being what it is, perhaps the best outcome in both the immediate and long-term picture would be if the Padres stepped back out of the puddle of mud they so vigorously jumped into. Regardless of what is left in the tank for Kemp, it is hard to imagine the reward ever outweighing the risk at this point. And the Dodgers’ greatest victory of the offseason may ultimately be selling a bridge in Brooklyn (ironically) to their neighbor that was far too hungry for their leftovers.

One Reply to “In Matt Kemp, Did The Dodgers Find A Pigeon In Padres?”

In Matt Kemp, Did The Dodgers Find A Pigeon In Padres? 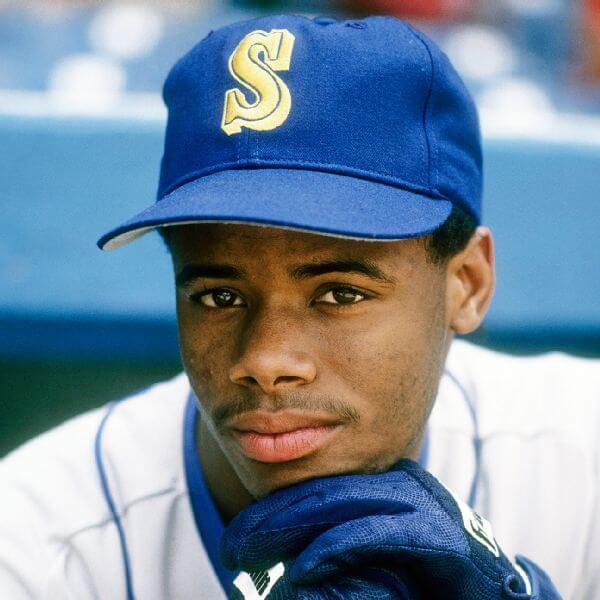 Baseball Baseball Cards: My Love For The Ultimate Stocking … 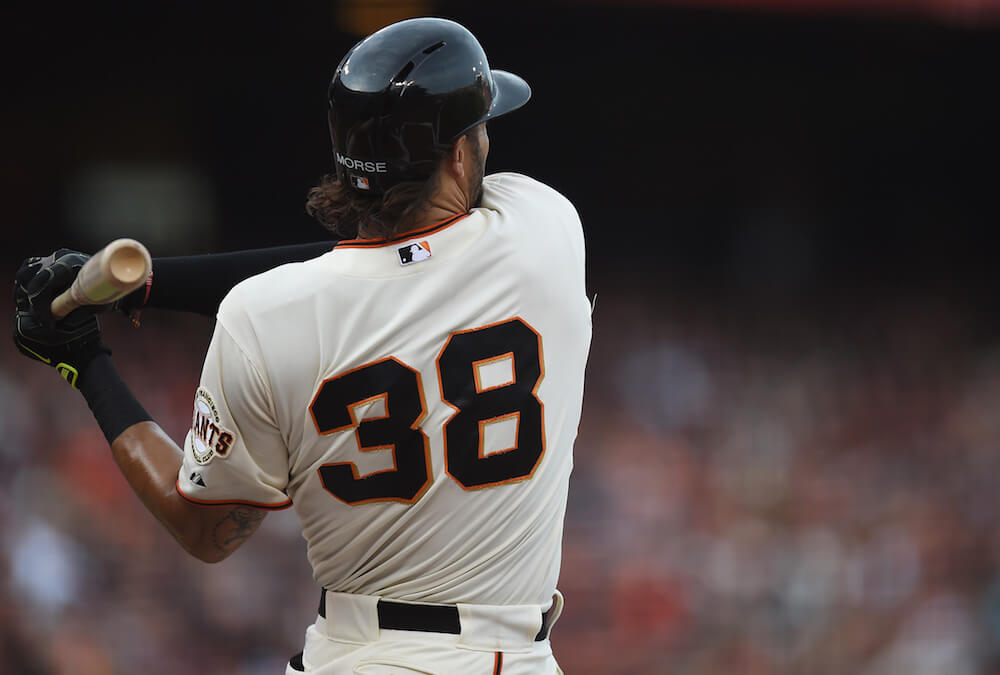