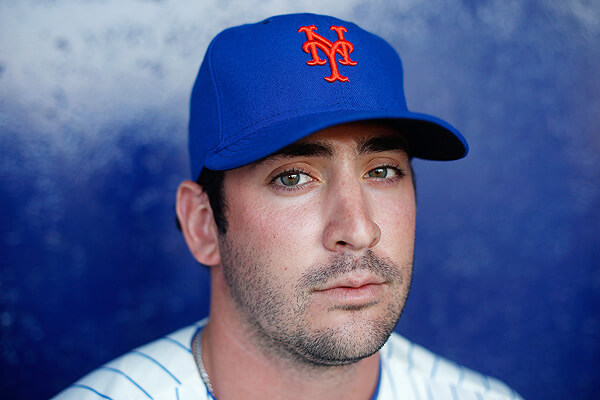 Tonight the New York Mets pitcher Matt Harvey will take the mound at Citi Field to start the Major League Baseball All-Star Game less than a year after making his MLB debut on the very same field. And the 24-year-old hurler clearly deserves it; he’s carrying a 7-2 record with a National League best 147 strikeouts thus far. He’s been the sensation of the season, and his star is climbing quickly.

However, his star apparently hasn’t climbed high enough where he’s face matches his name. Yesterday on the The Jimmy Fallon show, he put this to the test in his own city. Harvey took to the street in street clothes with a microphone to ask Mets fans what they thought of, well, him. And the results proved that despite the great start he’s gotten off to, he’s still no threat to Derek Jeter to be the king of the Apple.

Take a look at Harvey pull off as impressive of a job as a troll, as he has as pitcher so far: