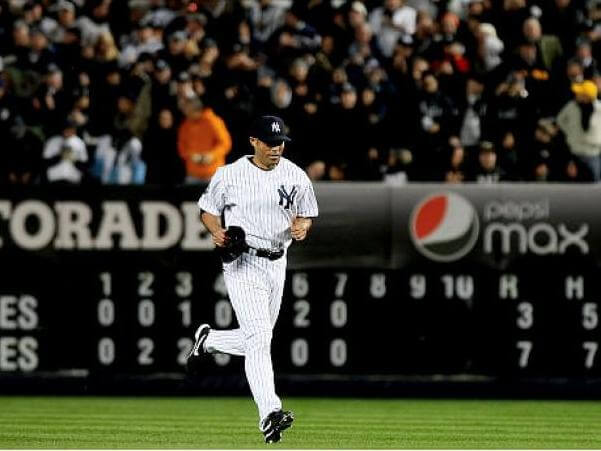 Remember back in the day (in 2005), when Shawn Carter of Brooklyn, New York, said he was coming back to do one last album? To leave his everlasting mark on the game that he truly shaped in his own fashion like nobody else before, before he walked off into the sunset? This was the Black Album, and regardless of what transpired after that, if he’d really taken that long walk off the stage right then, it would've been the most triumphant, conscious ending of business New York had ever seen.

Now another New York legend is coming back to finish up business on his own terms, but this time, it’s for keeps. In a time where the unexpected has ruled the roost for the New York Yankees, they finally got a bit of news that they can plan for. Ironically, however, it came from the most dependable player not only in their history, but perhaps in baseball’s as well. Mariano Rivera made the announcement that 2013 will be his final rodeo in the Bronx on Thursday morning. After 20 years of making Yankees games eight-inning affairs, he’ll be hanging up his stripes for the last time this fall.

Many legends fall victim to the routine that got them to the level they are at. They have innate ability to lull us to sleep with amazing feats and make the abnormal the expected. Perhaps that's the greatest feat of Rivera's run; he's made one of the most turbulent and drama-inducing roles in sports, being a Major League Baseball closer, into something that has the drama of a M*A*S*H* rerun at this point when he's involved.

Yet what truly sets him apart is how the numbers and heroic feats came from a guy who could not seem less heroic on first glace. He was prevailing in an unassuming way and is truly baseball’s ultimate minimalist. When Trevor Hoffman set the all-time saves record in 2010, he celebrated in a hurry, because the Sandman was on his heels. The very next season, Mo moved past his historic mark with the ease of a cloud passing the sun, and fittingly, on the last day of the next season.

This is truly the definition of a living legend, one that has not tarnished. Arguably, he’s one of the top 10 pitchers in baseball history, and he is inarguably the owner of some of the most impressive marks ever tallied up as well. There’s a mere 300-save difference between him and the second best closer’s career in the game today, and the all-time saves king has another 31 all-time records to his credit as well.

He became, and remained, the best with a robotic efficiency … as well as just one pitch. But what’s even more impressive perhaps is he did so with no back-page scandal headlines in a time where they were just as common as box scores ending with his name on them. This may be the most remarkable accomplishment for anybody that’s spent a full career as a Yankee. He’s the most consistent yet understated remaining part of the bridge players from old Yankee Stadium to the new era. With Derek Jeter, there always is the playboy image and the doubting of his efficiency to continue to pick up his glove. With Andy Pettitte, there was the steroid scandal. With Mo, his dominance was so clear-cut that it almost lulled everyone to sleep about just how quality of person he was as well. He’s a fiercely private man, who just as easily constructed schools and churches both in America and back home in his native Panama as he racked up 40-save seasons in the Bronx.

He's back to finish his business, on his terms. It very well could have ended more suddenly, with no special announcements or fanfare this winter, if last season hadn't been taken from him so suddenly. His return is solely based in finishing in a fashion fitting to who he is; there's been nothing left for him to prove for five years now. And for a man that has held opponents' destiny in his hand for so long, it makes sense he'd want to end his own path on his own terms.

Here in the end, like he always has, he’ll stay about his business. If you’re on the road and he comes to your town, it won’t be like last summer, when Chipper Jones could step out of the box and tip his hat in appreciation before taking to the plate. No, the chance to show Mo that you appreciate everything he stood for will likely come after he’s done just what he’s done better than anybody else in history has: sealed your club’s fate for that day. So stay to the end to see if you get a glimpse of one of the best to ever do it; odds are, it won’t take too long.

8 Replies to “Mariano Rivera: The Sandman Fades To Black”