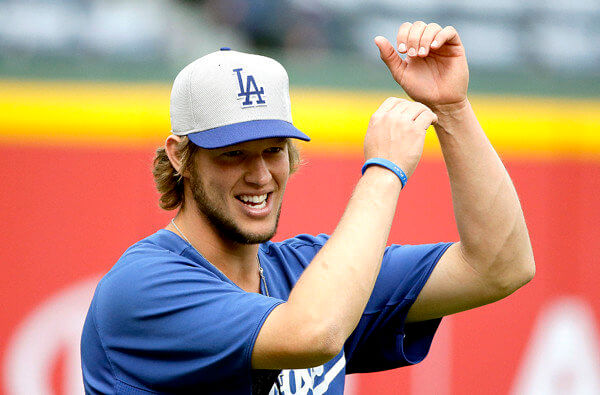 The Los Angeles Dodgers issued a mind-blowing sum to their ace pitcher Clayton Kershaw today, which will net him $30 million a year over the next seven seasons. That’s a new record for annual take-home pay, and in a game that is not shy at all about showing where the money is at, that’s saying something.

What is most remarkable about the pact is that there are no losers at all in it. As a matter of fact, it is the smartest deal that anybody has issued since the first Alex Rodriguez deal with the Texas Rangers, for a similarly stunning amount of cash. Keeping it all fair and down the middle, that was a great score for the Rangers and Rodriguez, and the return absolutely matched the expenditure, a true rarity among elite contracts.

However, the thing to remember is that another of the rarest occurrences in the game is top-notch talent reaching an early peak so high that they must be paid while at their summit. Yet, during the time that Rodriguez was actually on that initial deal, he was truly the best all-around player in the game. From 2001-2007 (ages 25-31, the same age — 25 — Kershaw is now), his average season was a .304 average with 47 home runs, 130 RBI, 19 steals and 125 runs scored. There was no downside in production, potential, age or anything — the right time, right player and right return. And this is exactly where the Dodgers find themselves now.

In most cases, this is far from the truth. A look around at the other top contracts in the game, and the dotted line is either inevitably headed towards, or already on the peak, of disaster. Rodriguez, Albert Pujols, and eventually Robinson Cano and Joey Votto are all either currently being or due to be paid handsomely during their “reputation years” — where they are paid for who they were years before.

There will be none of that with Kershaw’s new high watermark deal, because he is still still technically a few years away from his prime, despite already being easily the best pitcher in baseball by a fair margin. A winner of two Cy Young Awards before his upcoming 26th birthday, he is often compared to Sandy Koufax and for good reason. Since 2011, he has a 51-23 record while sporting a 2.21 ERA (winning three consecutive MLB ERA titles, with a low of 1.83 last season) and winning two strikeout titles as well. In the season he didn’t win the Cy, he came in second place.

There is no way that $215 million is anything but player-friendly, but this may actually be the oddest team-friendly deal ever as well. The Dodgers are not hard-pressed for anything, but not sealing the deal with Kershaw would have put the future of their entire major investment into the club in jeopardy. Now, they have locked in Kershaw’s emerging prime years and as always, health permitting, will have absolutely no “reputation years” to cloud their return.

He will be 32 years old at the end of the contract and can even opt out at age 30 if he chooses, giving him a chance at another comparable premium payday as well, even if he has likely declined some. However, at the peak that he is setting, even a slight decline isn’t far from the top. It is completely reasonable to expect Kershaw to be among the game’s best pitchers over the next seven years … and to remain elite for another 10.

5 Replies to “No Losers In The Clayton Kershaw Cash-Out”

No Losers In The Clayton Kershaw Cash-Out