A few years ago, the Los Angeles Dodgers put up the biggest, brightest “under new management” sign that baseball has ever seen. The club set the MLB world on fire by acquiring over $250 million worth of extraneous contracts off the hands of the rebuilding Boston Red Sox in the form of Adrian Gonzalez, Josh Beckett and Carl Crawford. It instantly gave LA one of the most attractive cores of names in the game, as well as one of the most stunning payrolls all of professional sports.

Since then the Dodgers have not changed course. In the last 2 seasons have made an array of stunning moves and have searched both near and far for their transactions. From making Zack Greinke the highest paid player in baseball to luring Hyun-Jin Ryu across the sea from Korea, no player was off limits. They landed the former Florida Marlins franchise cornerstone in Hanley Ramirez and paid a fortune to bring Yasiel Puig into their minor-league system before he stepped onto a major league ballfield. 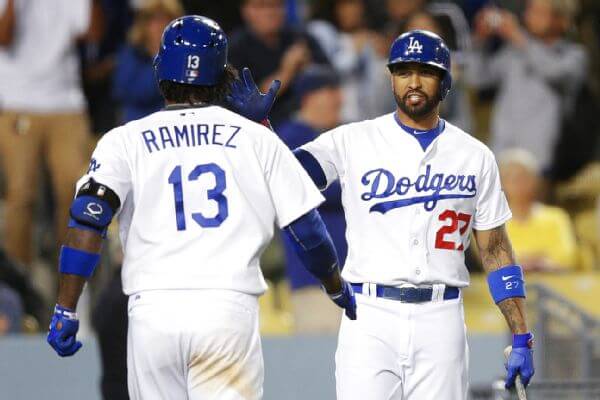 The capper was the epic pact they extended to Clayton Kershaw, which made him the first pitcher ever guaranteed $200 million in salary, as well as the first player who will see an annual income of over $30 million. That’s money well spent, but it extended the narrative of the "money alone wins game" image of the new Dodger brass.

All things accounted for, the Dodgers spent big and they spent often, but the return on their investment has been questionable at best. They won a lot of regular season games and won the National League West twice, but failed to move to the World Series in either year under the reign of their new Scrooge McDuck-style tactics. Plus, when a team carries the highest payroll in the history of the game (which reached a record $235 million in 2014), it goes without saying that they are in “win now” mode perpetually.

Coming out of 2014, there was a more tentative approach on how LA would insert itself into the off-season. Their next step would be more strategic in the front office, tweaking what needs to be tweaked and finding the benefits in strategy over expenditure. The executive front was rearranged, specifically when the decision to bring in former Tampa Bay Rays general manager and personnel guru Andrew Friedman to become the team’s President of Baseball Operations was made. Following this move, a new general manager in Farhan Zaidi was acquired from the always tight brain trust of the Oakland Athletics, where he had previously served as assistant general manager under the wing of front office shaman Billy Beane. A re-evaluation of the Dodgers was clearly underway, but tactics on the outcome were still not exactly clear.

Everybody knows what the Dodgers are capable of financially. Much like the Yankees, they're a big market leader that can throw their hat in the ring and instantly change the market. However, for much of the winter the Dodgers were quiet and many viewed it as a loss for the organization. From Beckett's retirement to losing Ramirez to Boston and a failed bid to have Russell Martin return to Chavez Ravine, the winter had been slow for LA…until Wednesday night.

In one night, the Dodgers became the flavor of the season, but for entirely different reasons than usual. In a sudden and very unique fashion, LA did a rapid restricting of its assets, as getting into business with the Philadelphia Phillies, Miami Marlins, Anaheim Angels and San Diego Padres meant for an overhaul of the roster. The club took on the traits of a Friedman-led club—flipping current assets for future ones—and remarkably still stayed true to the competitive immediacy of the Dodgers’ current place in the game.

They shook up their big name roster by acquiring limited assets in return, much like Michael Corleone’s wrath at the end of The Godfather, Part I. The Dodgers traded away all-star second baseman Dee Gordon, starting pitcher Dan Haren, outfielder Matt Kemp and a few prospects in the name of making creative space. In return, the team gained a bounty of asset options that can make them even bigger players both now and in the future.

The aims and outcomes of the moves are numerous, to say the least. On the Major League level, former All-Stars Jimmy Rollins and Howie Kendrick are coming to town in hopes of upgrading and up-and-down middle infield situation. Talented young catcher Yasmani Grandal, who came over as part of the Kemp return, will likely take over on the non-Kershaw days behind the dish. 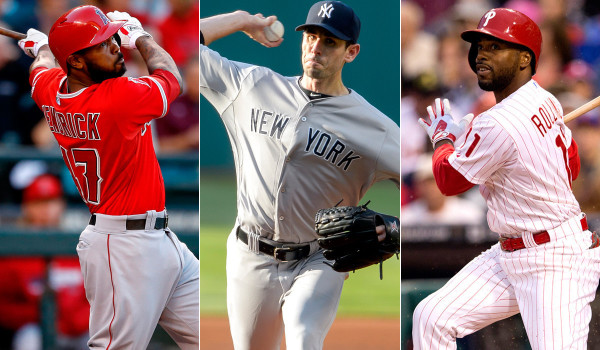 The deals also created space for further internal and external moves as well. By finding a part of their outfield quartet of Kemp, Crawford, Puig and Andre Ethier to rid themselves of, they solve a long-agitated issue of finding playing time for the highly paid group, as well as finding space to get highly touted prospect Joc Peterson into the mix as soon as this summer.

The rotational opening created by dealing Haren allowed the team to upgrade via the signing of Brandon McCarthy, who quickly agreed to a $48 million deal to become the team’s new fourth starter last night. McCarthy was a consensus top 10 free agent arm and is the type of deal that flies under the radar at the time, but pays out big later on.

What's most impressive of all about the Dodgers' rapid resurfacing is how much value they got back in return to possibly make a move in the direction of Cole Hamels. The Phillies are in a major rebuilding phase and the quickest way to jolt their future value is to ship out their most valuable property. In addition to building their current roster up with Wednesday's acquisitions, LA may have acquired the keys to adding one of the game's premier arms as well, without having to shake up their everyday lineup in any way.

Moreover, if a trade cannot be swung to move Hamels, the option always remains for Friedman and Zaidi to embrace their big market resources and offer a huge deal to free agent James Shields or Max Scherzer. The option will always exist to just bully their competition in bidding wars if they are so inclined, and they have every weapon at their expense to own the market.

The potential of this deal is frighteningly good. In part of a day, they have solved their issues of playing time, gave their everyday lineup a shot of new life, stocked up their minor league system and opened up room for further big name grabs—that actually make sense this time.

All things considered, not a bad (half) day’s work.