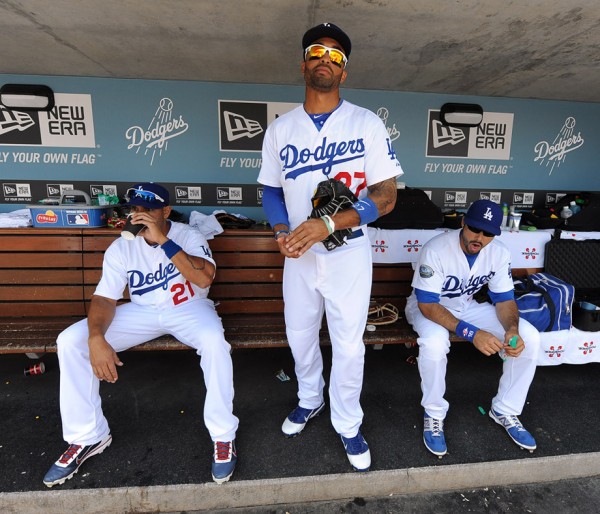 Now that the ink is dry on the Los Angeles Dodgers’ purchase, it really has set in that it’s a brand new day for one of baseball’s most iconic franchises. It feels like it’s been years since Manny Ramirez’s arrival supercharged baseball in Dodger Stadium and made it a focal point for the first time since the Hideo Nomo/Mike Piazza days. But it’s been a long time since there was some legit, annual winning baseball for them. In recent years, there have been some mediocre times in a tough division, which was finally capped by the financial freeze brought on by the ugly divorce of ex-owner Frank McCourt.

But the circus was run out of town when the team was sold off to two very uniquely successful figures, in two very different ways. When Magic Johnson and Stan Kasten headed up the group that paid an all-sports record of $2 billion to get the rights to the Dodgers in March, it shined a light on a dim area around a team that really should never be too far away from the spotlight. Magic’s Midas touch in life is undeniable; from reviving and raising the Lakers to a new standard on the court, to becoming one of the most enterprising businessmen in the LA area. Kasten is the architect of the 1990’s Atlanta Braves dynasty and set in motion the transition of the Montreal Expos into the Washington Nationals, which is now beginning to bloom in his leave. All things considered, could you really pick two better guys to rebuild a franchise reeling out of control?

However, idealism only goes so far, and the actual work of putting together not only a perennially competitive Dodger club is going to take some real focus.

Kasten is methodical and his moves made will be much closer to the mid-market style of building than the win-now-at-any-cost method of their crosstown rivals in Anaheim. If anything, the early payout (or lack thereof) from those methods show exactly why analyzing deals that get the most out of what’s on hand first is crucial. Remember how the Braves became what they were: smart drafting, dealing for high talent youngsters strategically first, then making big deals outside of the club. However, all of those deals were very smart, and never hand cuffed the team to back loaded contracts that kept them from evolving. The biggest deal any free agent Brave received was Greg Maddux’s five-year, $28 million pact he got to come over from the Cubs in 1992. While that number would be adjusted obviously 20 years later, the sentiment remains the same in it was not a long-term hit either way. 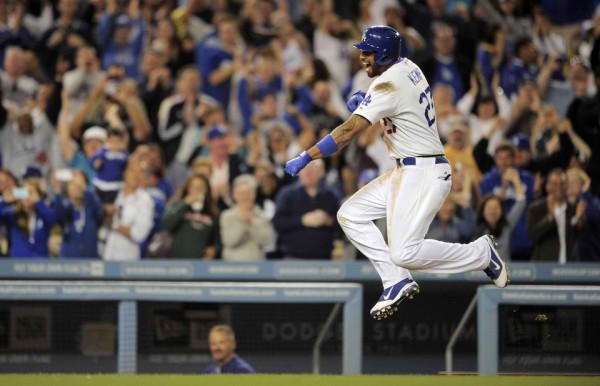 Home will be taken care of first. The current makeup of the club is ripe for this type of development. Deals for Andre Ethier, then Clayton Kershaw, are high priorities. The deal that Ethier will most likely receive, five years max with no eye-raising total, is the type of flexible offering to expect out of LA. The only deal that will soar over and above will go to the franchise’s 24-year-old Cy Young winner Kershaw. He will see the type of deal that has become commonplace in baseball now, topping $100 million and placing him among the top earners in the game. However, that’s the way it works with Kasten, and in two deals, the immediate future, in-house, is secured.

When it’s time to step outside, that’s where the Magic starts…aided by a bit of MVP-caliber help. The combination of Magic selling the team and having the quickly developing “Once in a Generation” type Matt Kemp on board for the next eight years, is a huge selling point to the needed free agents that will have to join up to take the team to the next level. Magic could be calling in the plays in his vintage style, only dropping some pretty nice paychecks instead this time around.

The first big Dodger signing from the outside will be the statement deal, the deal that shows what direction they are set on heading in. However, patience is the name of the game in when that deal will be offered, because it’s not going to be an every year thing. This year’s free agent crop is deep with top-tier talent, the type of talent that winners are built around. A World Series MVP in Cole Hamels and a former Cy Young winner Zack Greinke headline the pitching crop. Josh Hamilton could be in play on the open market as well, which will blow the covers off some checkbooks if Texas lets him see open space this winter. Even David Wright could be in play as another part of the exodus from New York. No shortage of tempting options, but will even any of them be deemed the right next step in the resurrection job at hand?

There’s a triple threat here like nowhere else. The perfect pitch is place: the big names in uniform are in place already in Kemp and Kershaw, better building blocks than any other team possesses. The safe money, which is what Kasten is all about, says the process will be precise and without tons of big bangs to rush it along. Yet when it’s time to make some noise and bring it all home, there’s Magic. When it’s time to sell the city and esteem of playing in LA, he’s on deck and there’s nobody better for the job.

So the times could be changing. The big money era of baseball shall continue on, but it could be about to get a facelift. But the kicker is that it could be a facelift that favors only one specifically built team, from the ground up. Put together by a impossible to clone front office.