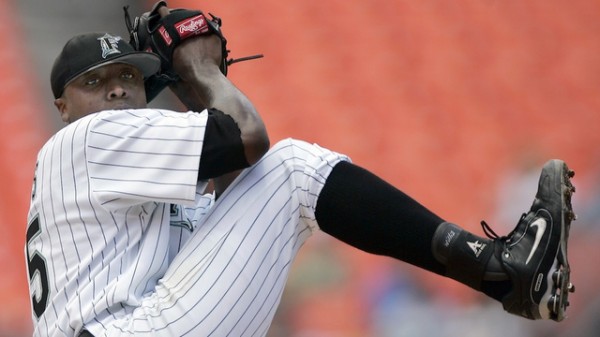 There's something about a player who takes a sport by storm.

The polarizing nature of some athletes is nothing short of incredible. Hype, the ability to live up to it, and making a large name for one's self is no easy feat.

To do it on a scale where observers must take notice, well, that's pretty special.

Dontrelle Willis did that.

Now, don't we all feel old?

It seems like yesterday the herky-jerky pitching delivery of Willis was something to see. Many marveled at his ability to shut down opponents with ease at such a young age.

In his rookie season, Willis was part of a World Series-winning team. He earned the National League Rookie of the Year award. He was sensational.

Willis went 22-10 and finished second in Cy Young voting. It seemed like the D-Train was back on track.

Then, everything went haywire for Willis. He struggled on the mound and off it. Due to an anxiety problem, he was placed on the disabled list. His stats floundered.

The once-dynamic kid was now a lost cause. Some teams took a flier on him, but it never amounted to much.

Now, he has hit the showers for the final time.

To see Willis take the scene the way he did and to see him fade to the background isn't necessarily sad. He had himself a career. While many enjoy longer careers, many more have shorter and less decorated ones.

Watching the rise and fall in what seems like a short time isn't sad either. It's the realization of how long that short time actually was that makes a person step back.

Similarly, it didn't seem that long ago when Kerry Wood was making Wrigley Field roar with each of his 20 strikeouts in one game.

He too left this year.

It's what dates the people who keep an eye on sports at all times. To see a player's entire career play out is something that reminds them.

It reminds them of their age and how long it's been.

Has it really been over nine years since Willis brought his flair to the mound? The youthful exuberance, the giant smile and the crooked hat - are those things that old?

Plenty of players will make their debut in professional sports. At some point, they'll take their final curtain call as well.

Yet, the polarizing players are the ones remembered the most. The first time a television came on and a set of eyes saw Willis's over-exaggerated leg kick, they remember that more than a pinch runner.

When Willis was in his short prime, he was something to marvel.

Now, he has exited professional sports with little fanfare. It's hard to believe that a player as captivating as Willis once was can exit so quietly.

For those who saw the whole thing happen, it's another reminder of how quickly time can pass.

3 Replies to “It Seems Like Yesterday: The D-Train Calls It Quits”