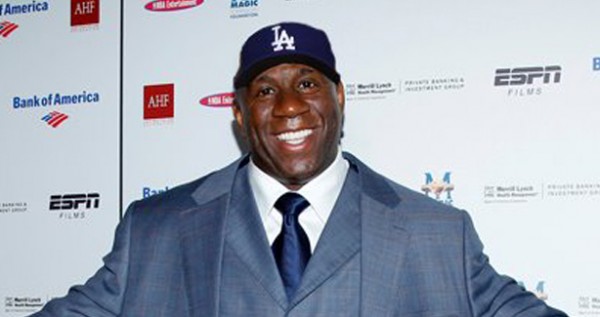 By now, you’ve probably heard that baseball’s most high profile nightmare is over as the Los Angeles Dodgers – the franchise of Valenzuela, Hershiser, Koufax, Sutton, and many more – have been pried from the scheming fingers of Frank McCourt.

There are plenty of write-ups not only about the face of the new ownership group, Earvin ‘Magic’ Johnson, but about the other, and likely more powerful broker of this group, Stan Kasten. The former president of the Atlanta Braves, Thrashers and Hawks (all simultaneously at one point) has quite the history as a leader within sports; even his four-year tenure as president of the Washington Nationals helped bring some credibility that is slowly being repaid with the capital city’s team growing in relevance.

While there’s reason to remain cautious about how well this new ownership group might work, the optimism doesn’t just come from seeing the ginormous price tag. For those who have watched this proud franchise fall to pieces, the happiness has to stem from having the new people running the show actually know a little something about… well, sports.

Though the early history of professional sports gives us stories of owners that were former players and coaches (Charles Comiskey, Paul Brown, et al), for the most part, franchises have always been part of a businessperson’s portfolio. Some were detached stewards, while others were manic and meddling (hi, Dan Snyder!). Not many of these types can write a story of success; from the New York (Football) Giants founder Tim Mara to the defending NBA Champion Dallas Mavericks under Mark Cuban. These men poured significant resources into their team in hopes of not only great returns on investment, and ego massaging, but actually winning championships.

It’s not something that could have been said under these once-historic Dodgers since Peter O’Malley sold the franchise to News Corp in 1998; ten seasons after its last World Series crown. It certainly didn’t happen much in the McCourt era.

One of the most overlooked aspects of this new ownership change is that Johnson is a rarity among owners in major pro sports. Not only will he become Major League Baseball’s first African-American owner, but he is also one of the few former major pro athletes with a stake in a franchise. There’s no question that his business acumen coupled with the strategic planning Kasten will bring from the farm teams to the major league squad can bring the Dodgers back to prominence. Yet, with Johnson, maybe such experience as a Hall of Famer in a high-wattage town can serve as a way to connect to current and future Dodgers who will now see their stature grow as L.A.’s ‘it’ thing once again.

Yes, there are legitimate questions as to if the Dodgers are really worth $2.15 billion, but as anything in life, any item is worth what someone is willing to pay for. Yet, in the case of Johnson, Kasten, and the Guggenheim Partners, what they paid for was a chance to remind the world how sports franchises are supposed to be run.

Now, if something can be done about those Pittsburgh Pirates…

3 Replies to “Hollywood Divorce: There's A New Day in Dodgerland”