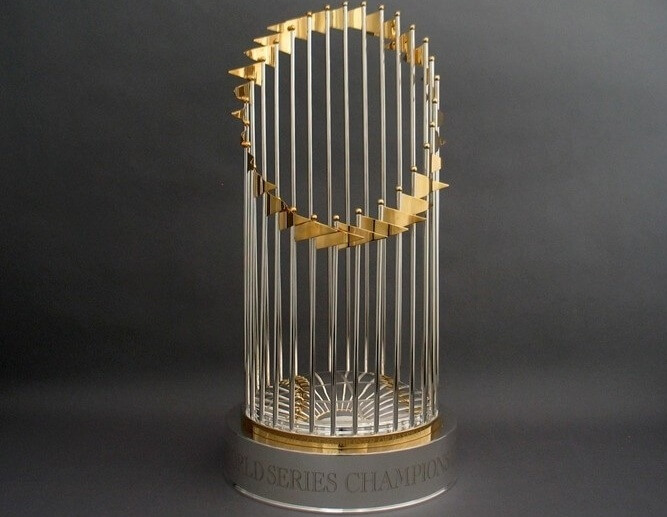 The dance partners are set for the series round of the MLB playoffs, in a year that may be the most balanced offering of candidates for the World Series. And while there are good reasons to get behind any of these clubs, there are dynamics that each carries to the field that will tell the truth of how well the team will fare.

So, without any further delay, here is the 2013 MLB Playoffs field, presented for quick consumption:

For 'Em: They can win the starting pitching match-up battle in any length of series by depth alone. John Lackey came back to life this year and is one of the best postseason pitchers in the game. Add in the presence of Jon Lester, trade-deadline win Jake Peavy and the returned Clay Buchholz, and the Sox have the juice up front.

Against 'Em: They are tasked first with throwing the hottest team in baseball off the tracks in Tampa Bay. In the last three years, the hottest team entering the playoffs (see the Giants, Cardinals and Giants again) have defied the odds of seed pairings. Pulling the target off their back and putting it on the chest of the Rays, whom they have seen 19 times this year, is essential to survival.

For 'Em: Timely hitting is needed in October, and no team in the history of the game has done it better than these Cardinals. They hit .330 with runners in scoring position, which set the all-time team mark, highlighted by a .373 mark from Yadier Molina and Matt Carpenter with a .388 effort.

Against 'Em: They have a talented group of rookie arms, but they are rookies all the same, and they have been questionable on the road this season. (It will take more than Adam Wainwright to pitch them through to the end, and that’s a tough variable to depend on.)

For 'Em: They’ve got some fight and the artillery to back it up. Chris Johnson finished second in the batting race with his breakout, while Jason Heyward has returned from his broken jaw and Justin Upton rediscovered his way in September as well.

Against 'Em: They lack the top-flight starter to match up with the Kershaw, Greinke, Wainwright type of element that the other top-flight teams have. They do have the depth of pitching to do well, but this could be the part of the year where the injuries to the staff catch up.

For 'Em: They use their entire roster to beat you and have as a rowdy of a home-field environment as any team has. With the tragically underrated Josh Donaldson and Yoenis Cespedes leading the way, and A.J. Griffin, Bartolo Colon and Grant Balfour holding serve on the mound, they are as relentless a team as there is.

Against 'Em: Despite causing a ton of ruckus on the way to hijacking the AL West a year ago, they flamed out in the playoffs when confronted with two dates with Justin Verlander. The series could come down to if the A’s motley crew of starters can outdo the top-notch group of Verlander, Anibal Sanchez and Cy Young-favorite Max Scherzer.

For 'Em: They have as much top-end talent as any team in the AL. In Miguel Cabrera they have the first back-to-back AL batting champ in nearly two decades and support him with a lineup that is built to make sure he cannot be avoided. Tack on a top-shelf starting pitching staff, and there is a lot of surface reason to believe they are the team to beat in the AL.

Against 'Em: Cabrera’s hip has been bad, and they cannot go anywhere without him in the mix. The back end of the bullpen doesn’t have an absolute answer, and over the past few years, the pitching that has carried them has hit its wall in October. That's a few tall hurdles for even a supremely talented club.

For 'Em: They have the potential to dominate every pitching match-up they face. In a five-game series, Clayton Kershaw, Zack Greinke and Hyun-Jin Ryu will pitch four of the five games. In a seven-game series, they could likely pitch six of seven. And if you can’t score, you can’t win.

Against 'Em: The pressure of the moment is real, and since their midseason explosion, they have become the presumptive best team in baseball. It is time to live up to that expectation, and it has been three years since a team entered with that expectation and delivered on it as the last man standing.

For 'Em: The hunger for more. It’s been nearly a generation since Pittsburgh last saw October baseball, and that’s a chip on the shoulder the Pirates have played with all year. They’ve been aggressive in doing whatever it takes to win out, from giving youngsters a shot to uncharacteristically adding new pieces throughout the year.

Against 'Em: The first dance can always be the roughest. They have never been here before, and while it is far from a reason for them not to make it, experience matters in the playoff environment. To keep the ball rolling, they’ll have to start by knocking off a team in St. Louis that has played 30 playoff games in the last two years.

For 'Em: Versatility is their friend. They have no shortage of players that can contribute in multiple roles, which allows them to match up with virtually any opponent. Add in the presence of a legit ace in David Price to both set an advantage as well as win a clincher, and they are the perfect upset special.

Against 'Em: They have to continue their big-game push through Boston, a team that has beaten them 12 times this year. On the year, Fenway Park has been specifically tough on Joe Maddon’s club, where they carry a 3-7 mark. They’ll have to continue to beat the road odds to keep their party going.

2 Replies to “Put Your Money Up: Handicapping The 2013 MLB Playoffs Field”