The ever unpredictable Miami Marlins added yet another loop in their abnormal history of big-money deals as they made Giancarlo Stanton the owner of the richest contract in professional sports history yesterday. The deal, which covers 13 years and could dish out $325 million over its lifetime, is an unprecedented, and quite honestly strange, offering that solidifies Stanton as the biggest organizational building block in the history of not only the franchise, but the game. And while the decision to lock up such a dynamic property at an early age should be a no-brainer, the history of the Marlins makes any such deal come with several grains of salt.

Before we go too far into dissecting the ramifications of this contract, it’s important to note that Stanton is worth it. Let us not question that for a single second, because there is perhaps no player who has more of an individual value to a team, both now and in the future, carries more real-time results with potential left to be fulfilled and had a stronger bargaining position than Giancarlo. The mixture of all of those elements easily places him in the $26 million-$27 million range per year, and his long-term potential for the organization makes it smart to lock up his career at such an early point, thus necessitating the overall volume of the deal as well. He is on pace to make a significant dent in the all-time home run leaderboard (already 154 long balls entering his age 25 year — a rate that stands to increase as well) and is already in the handful of the game’s best players years before he even approaches his prime.

It is the type of deal that many expected to see Mike Trout land when he signed his extension entering the 2014 year, but all things considered, even Trout does not stand on as high of a leverage plank as Stanton does. The Marlins had no other choice but to go all in for Stanton. While he could have easily been the next in the lineage of fire sale properties shipped out of South Beach to continue the seemingly endless line of rebuilding projects in the Jeffrey Loria era, doing so with Stanton would have been perhaps the last straw for his run with the Fish.

Fresh out of the fire of the cloak and dagger spending spree of the winter of 2011, then subsequent mass roster dump just a year later, it was time to show a true commitment to the team, especially when combined with the publicly funded Marlins Park built in light of this temporary commitment. Another dump of the franchise’s brightest star would be a new level of treason, and it simply couldn’t be tolerated. The Marlins are showing potential for the first time in years, and it is due to Stanton’s presence alone.

In that regard, it is clear to see why the team made the most clearly committed deal that it has ever made. Stanton stands to receive both a full no-trade clause — which is specifically miraculous when it comes to the notoriously flaky Marlins — as well as a personal option to opt out of the deal annually after the first five years when he reaches his 30th birthday. Both of those features make this seem to be the perfect deal for Stanton himself. He gets a premium deal but is not trapped in what could also be a potential prison of a situation created by his deal itself.

With the exception of a select few clubs in the game, there is certainly a pitfall to making such a strong statement of financial commitment to one player. Mainly, there ends up not being enough wealth to go around to truly capitalize on building around the franchise player. A case in point situation was when the Minnesota Twins inked Joe Mauer to an eight-year, $184 million deal to keep their cornerstone in tow just before the 2010 season. At the time, the Twins were the preeminent team in the American League Central, winners of the division three of the previous five years and only once finishing below second place.

But when they made such a sizable commitment to Mauer, it was at the expense of keep the other emergent talent in town with him, and soon after the team sunk to the bottom of the division, where they have been mostly ever since.

The Marlins made great strides this past season, led by Stanton, but also accompanied by Christian Yelich, Marcell Ozuna, Henderson Alvarez, Adeiny Hechavarria, Steve Cishek, Nathan Eovaldi and more. This strong, young core guided the Marlins to a much greater than expected effort throughout the year and did so without the team’s other precocious talent in 2013 NL Rookie of the Year Jose Fernandez, who will be returning next summer from Tommy John surgery this year. 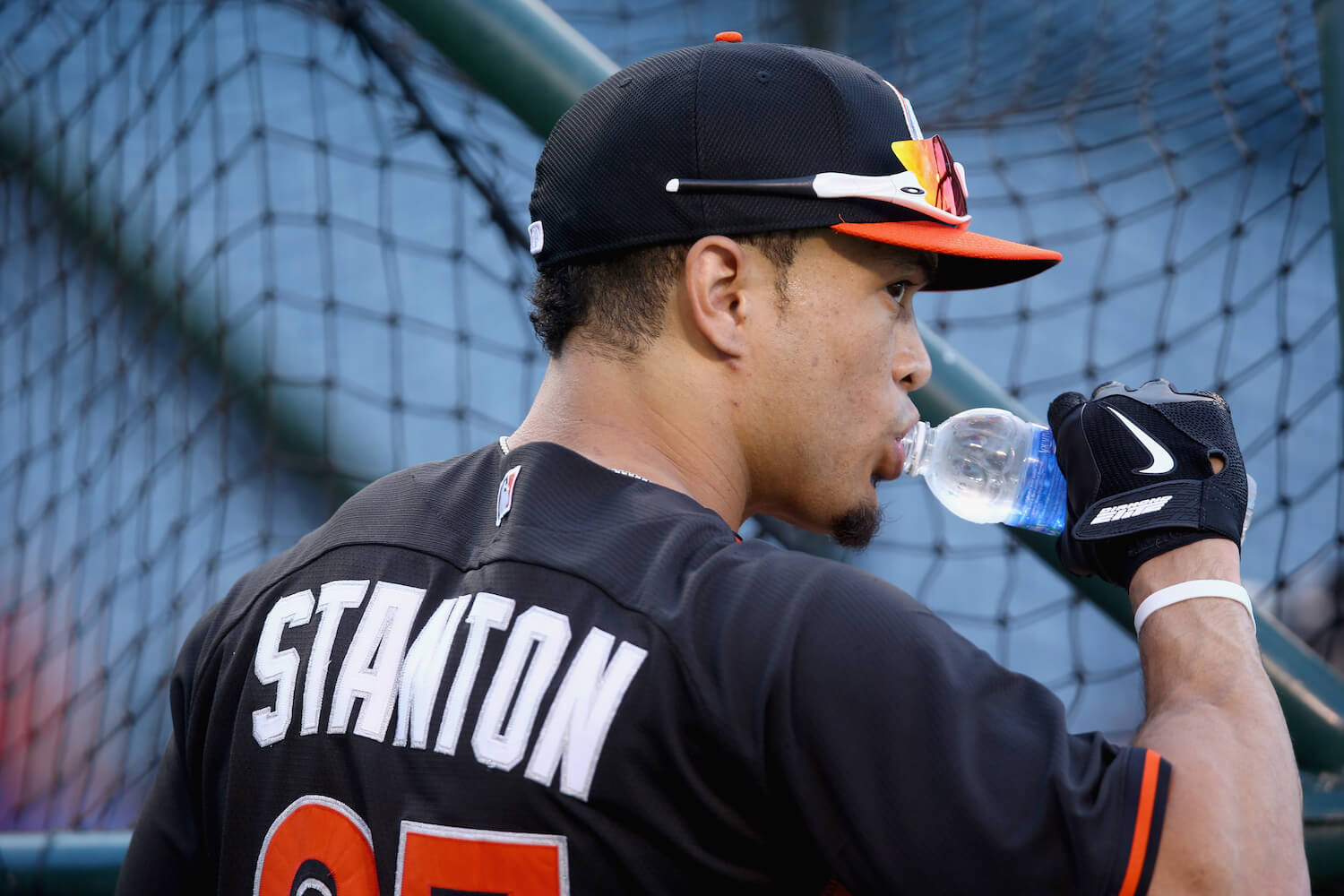 This is the core that will be responsible for making sure the massive investment in Stanton can stand up to its worth. But if it is also the reason why they cannot be retained, did it truly do any good? This is a realistic pitfall for a Marlins franchise that has struggled in both attendance, regular payroll impact and in living up to seeing its major statements all the way through.

Stanton is among the elite in the game without question, and he stands to continue to do so for the life of his new deal. But perhaps his greatest task in his career will not be to prove his own worth, but to make sure that his landmark deal can stand the test of time in terms of being uplifting over anchoring to the greater good of the Marlins over time.

The Marlins have built their house around Giancarlo now. Hopefully they have enough to furnish it now too.